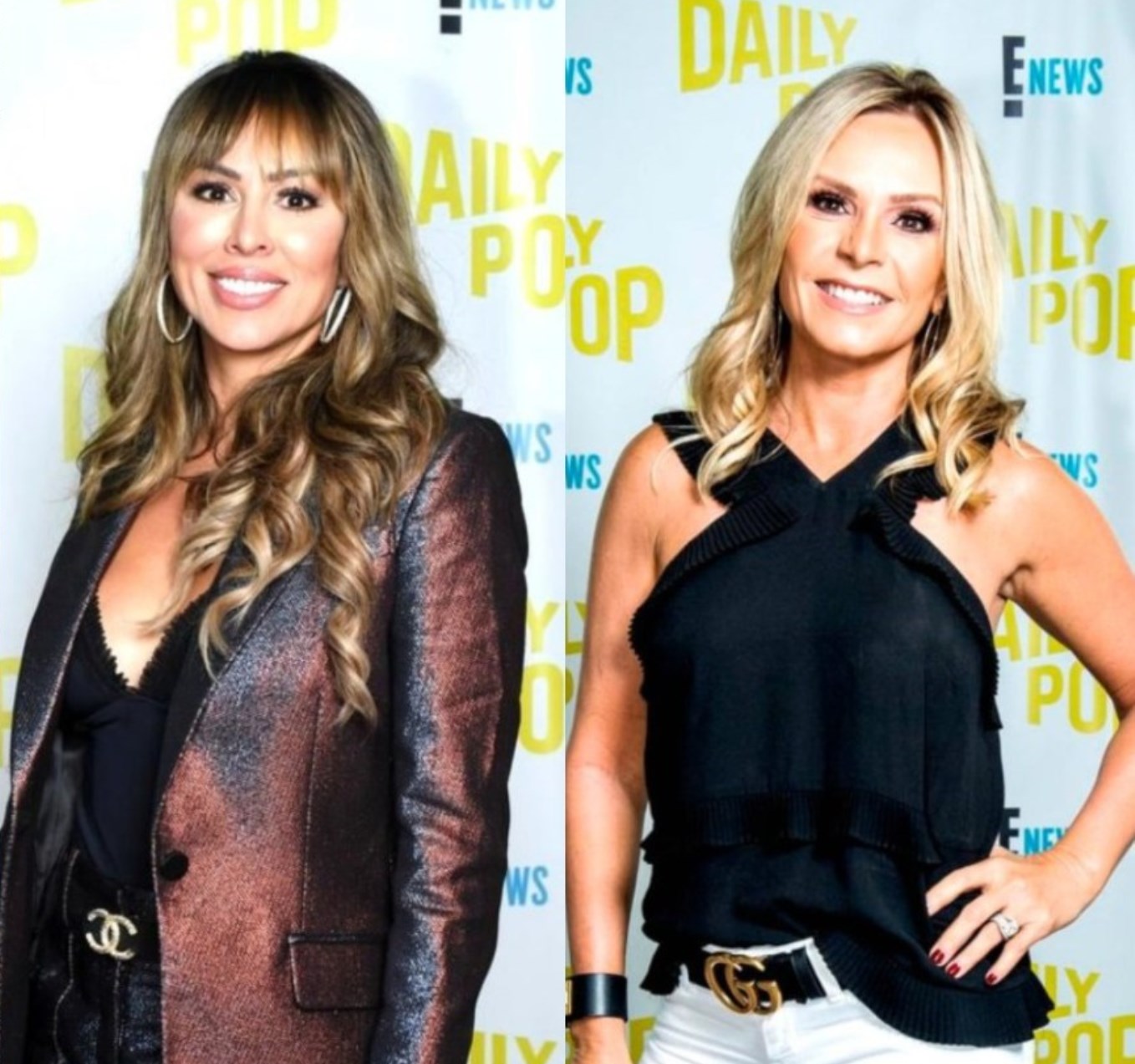 Kelly Dodd is disgusted by a comment Tamra Judge made about her husband Eddie Judge over six years ago.

After coming across an old clip of The Real Housewives of Orange County that featured Tamra labeling Eddie a “beaner,” Kelly slammed her co-star on Twitter as she compared Tamra and other members of the cast to bacteria and confirmed her daughter Jolie has finally met her fiancé, Rick Leventhal.

“Eddie feels very at home in a Mexican restaurant and it definitely brings out Eddie’s inner beaner,” Tamra said in a 2013 clip of RHOC shared by a fan on Twitter over the weekend.

“Wow…… disgusting but not surprising …,” Kelly replied after seeing the snippet.

Wow…… disgusting but not surprising … https://t.co/wRdQpcWuBn

Kelly also shared a series of posts tweeted by Tamra around the time the clip aired on RHOC.

“So I hear Bravo is now bleeping my comment ‘inner beaner’ I begged the producers not to air it,” Tamra wrote in one of her messages back then.

“I bet if Eddie called me a Cracker not one person would call him racist,” she said in a second.

“If I was racist I wouldn’t be getting married to [Eddie]. Beaner & cracker… Those are our nicknames. Relax!” Tamra continued.

While Tamra insisted that her comment wasn’t made to offend anyone, Kelly isn’t convinced and suggested Tamra had lied about her statements after they aired.

It’s not doctored I’m not sure why she’s lying … pic.twitter.com/AJKrPZrXdu

Around the same time that she was taking aim at Tamra, Kelly shared a shady meme on Instagram that featured bacteria over the faces of Tamra, Vicki Gunvalson, and Shannon Beador.

“I like this meme .. .. It’s funny,” she wrote in the caption days after calling the ‘Tres Amigas’ the Tres Amoebas.

Also on Instagram, Kelly shared a sweet photo of herself, Rick, and Jolie, who were meeting for the very first time during a trip to New York City where Rick resides.

“What a great day with my loves!!” Kelly wrote in the caption of her family photo.

In the comments section of her photo with Rick and Jolie, Kelly took some time to diss her RHOC co-star Shannon by suggesting she has introduced too many of her boyfriends to her three daughters.

“How many boyfriends are you going to introduce her?” a fan asked.

“Not as much as Shannon,” Kelly replied. “She’s only met the doctor and this boyfriend is my fiancé.”