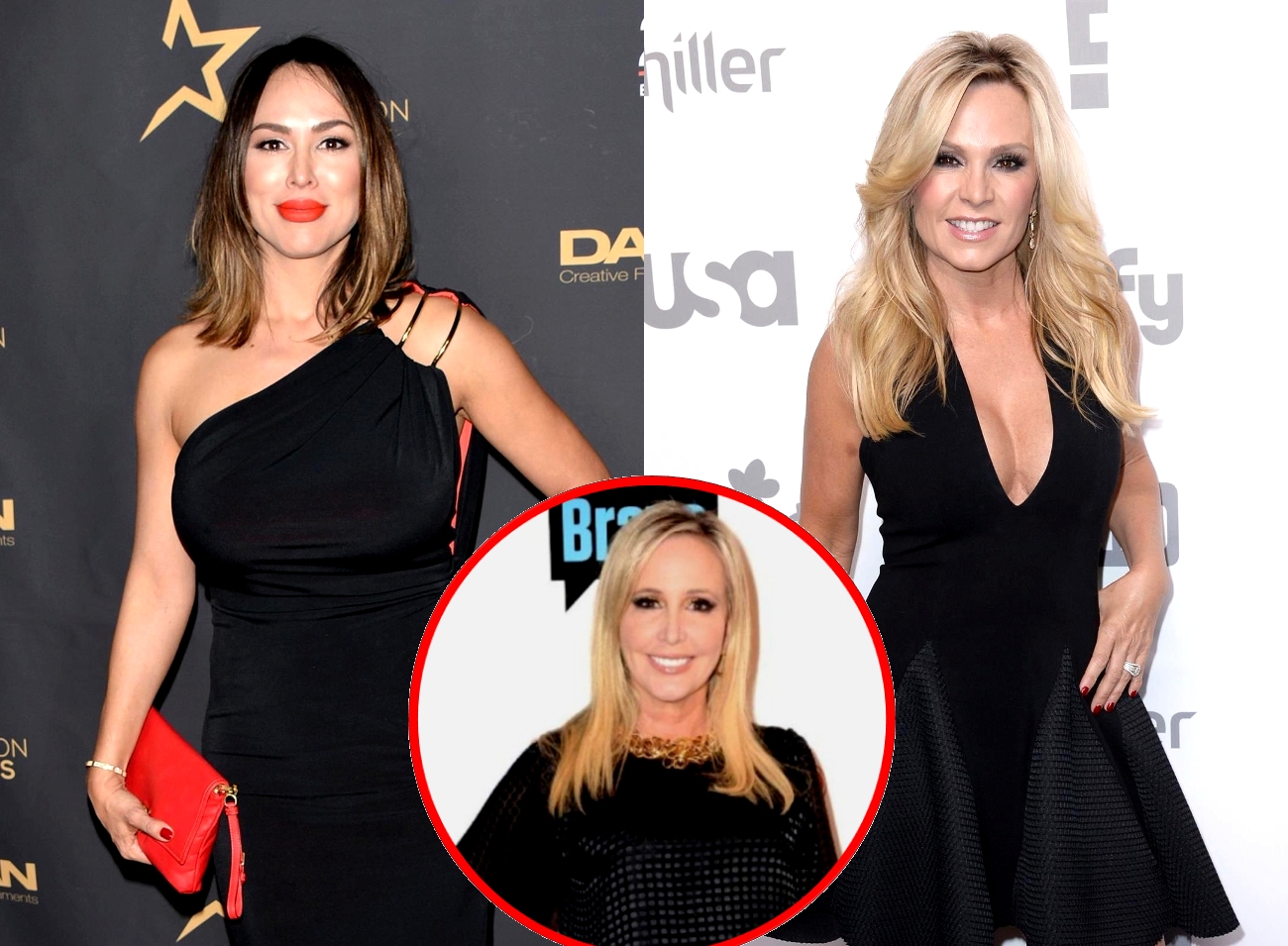 Kelly Dodd threatened to testify against Tamra Judge in Jim Bellino‘s defamation lawsuit against her during this week’s episode of The Real Housewives of Orange County. During the After Show, she explained why.

Jim filed a $1 million lawsuit against Tamra and Shannon last July after Tamra falsely claimed he was headed to jail due to alleged poor business practices. While Shannon has since been dismissed from the case, Jim and Tamra are still fighting.

In her new interview, Kelly slammed Tamra for manipulating the cast before explaining why she threatened to testify against her.

“I had it with [Tamra], okay? And so I felt the need, and she was coming after me, I said to Shannon, ‘Tell Tamra to shut the f**k up or I will be a character witness,’” Kelly recalled. “[That was] all I wrote. I didn’t go against her. I didn’t go in court. I was an idle threat to tell her to ‘Shut the f**k up or else I will do this.’ That’s it.”

“Tamra, she doesn’t know the extent of the hurt that she does to people,” Kelly continued. “She’s spreading rumors and she won’t shut the f**k up. She’s trying to manipulate everybody because that’s what she does. She gets these little things, she tries to find little information about them and expose people. This is a thing she does for the last 14 years. This is who she is.”

Although Tamra has said publicly that she will never speak to Kelly again, Kelly doesn’t seem concerned.

“How about I never talk to [Tamra] again? How about that?” she said.

During another scene from the RHOC: After Show, Kelly was seen looking back at her comments about her co-stars’ hairstyles after being called out by Shannon Beador for pulling her hair.

“Can we talk about how Kelly pulled my hair… in the lobby?” Shannon asked. “Once again, that’s physical contact. Stop touching me.”

As RHOC fans will recall, Kelly first got physical with Shannon during a cast trip to Arizona, where she hit her on the head with a mallet. Then, while in Florida, Kelly targeted Shannon again as she poked fun at her hair extensions and said she was too old to be wearing them.

“I want my friends to look their best. When you get to a certain age, you need to chop your hair short,” Kelly stated. “You can’t act like you’re young. I’m trying to help Gina [too]. Listen, the white witch is not looking well on you. Shannon, extensions [are] aging you.”