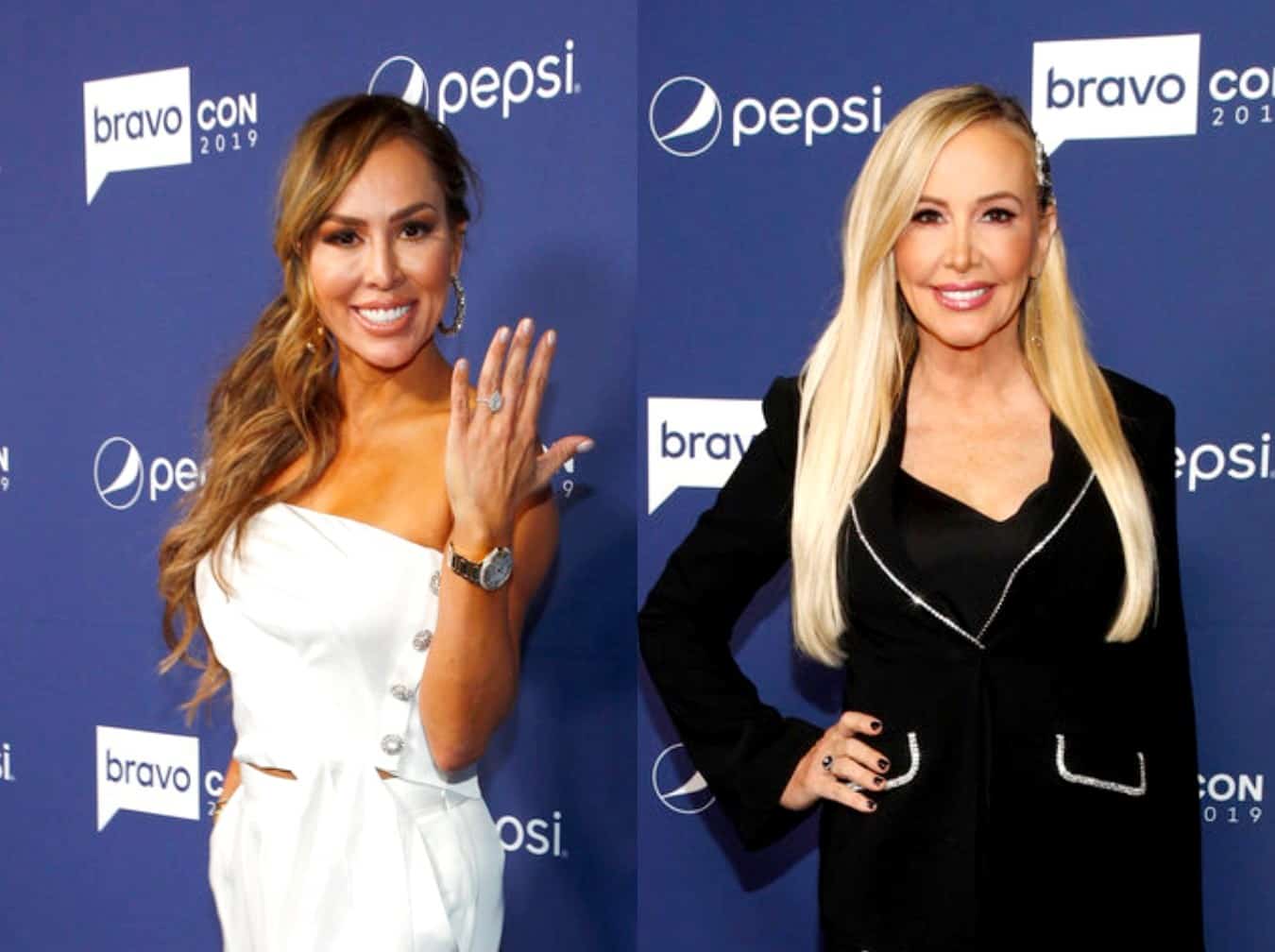 Kelly Dodd took to Twitter this week to defend her recent behavior on The Real Housewives of Orange County.

After being seen poking fun at Shannon Beador‘s hair and giving her extensions a tug on Tuesday night, Kelly explained her comment about Shannon looking old before taking aim at Shannon for suggesting that she had gotten physical with her again and slamming the rest of the cast for their many “personal attacks.”

“I was not a fan of Shannon’s hair (or Shannon period) at the time but I didn’t mean to make it sound like it applied for all women,” Kelly explained in a tweet shared on November 26. “I was moreso just fed up with her constant poking and scheming on and off camera. Wear what makes you feel beautiful ladies.”

“Also… apparently I not only smashed Shannon in the head with a 15 pound hammer to the point of a concussion and temporary one eye blindness, but this is how she retold me ‘tugging her hair,'” Kelly continued, along with a gif of Margaret Josephs‘ hair being pulled on The Real Housewives of New Jersey. 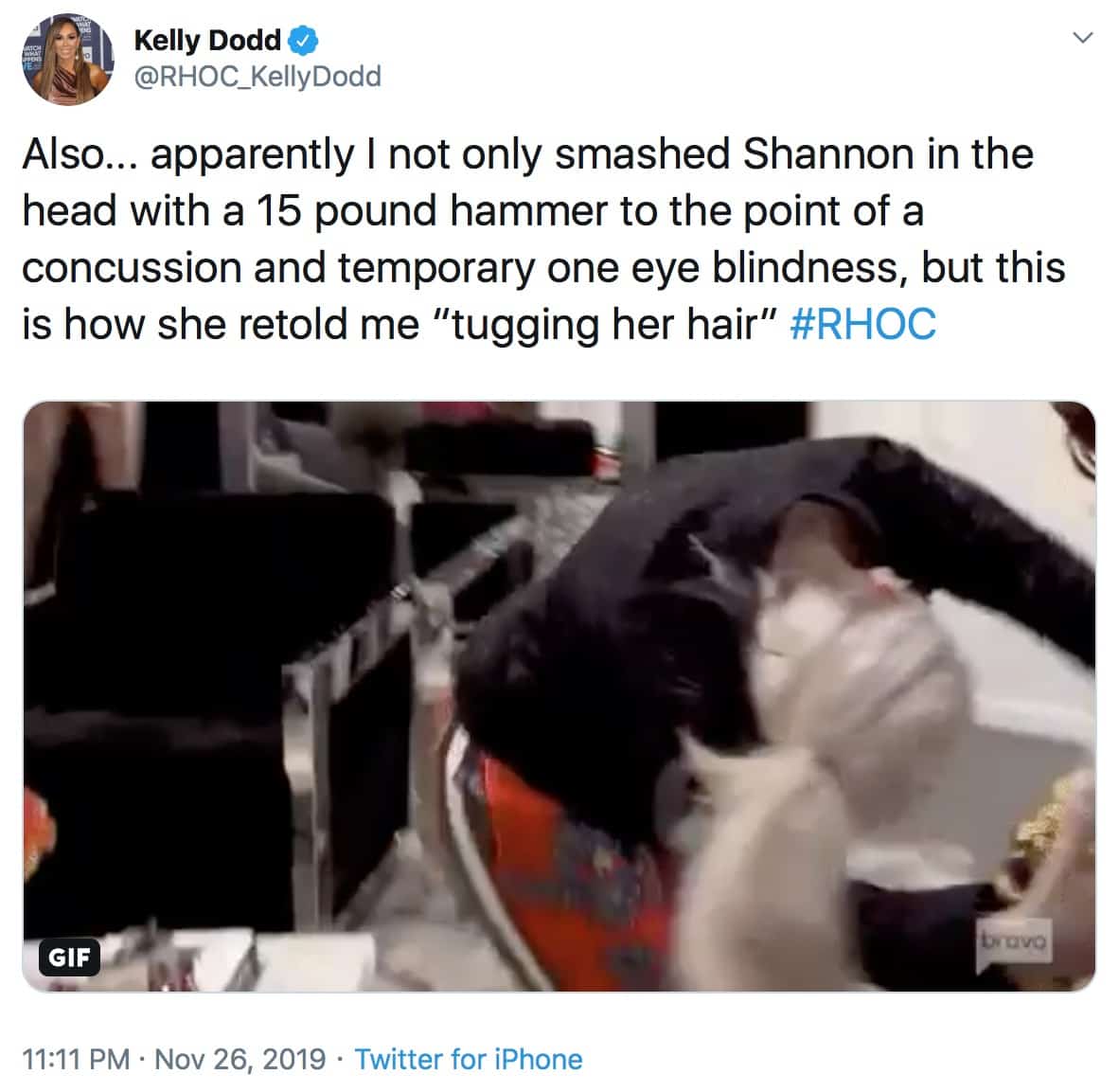 After Kelly’s posts were shared, one of her Twitter followers suggested that she was being hypocritical towards her RHOC co-stars.

“I’m sick of hearing that [every time] you go below belt you say ‘Oh it was a joke’ BUT if someone says something to you, they were a b***h. Grow up & act like a lady. This is where you need to learn a lot. Stop crying wolf,” the fan wrote.

“There’s a massive difference between saying someone needs a different hairstyle vs the actual vicious and personal attacks and rumors made on not only me but my family,” Kelly fired back.

In a fourth tweet, Kelly responded from someone who suggested Kelly’s RHOC co-stars were poking her in an effort to get an “over the top reaction.”

“Very true, and I’m working on that,” Kelly replied.

Very true, and I’m working on that ❤️