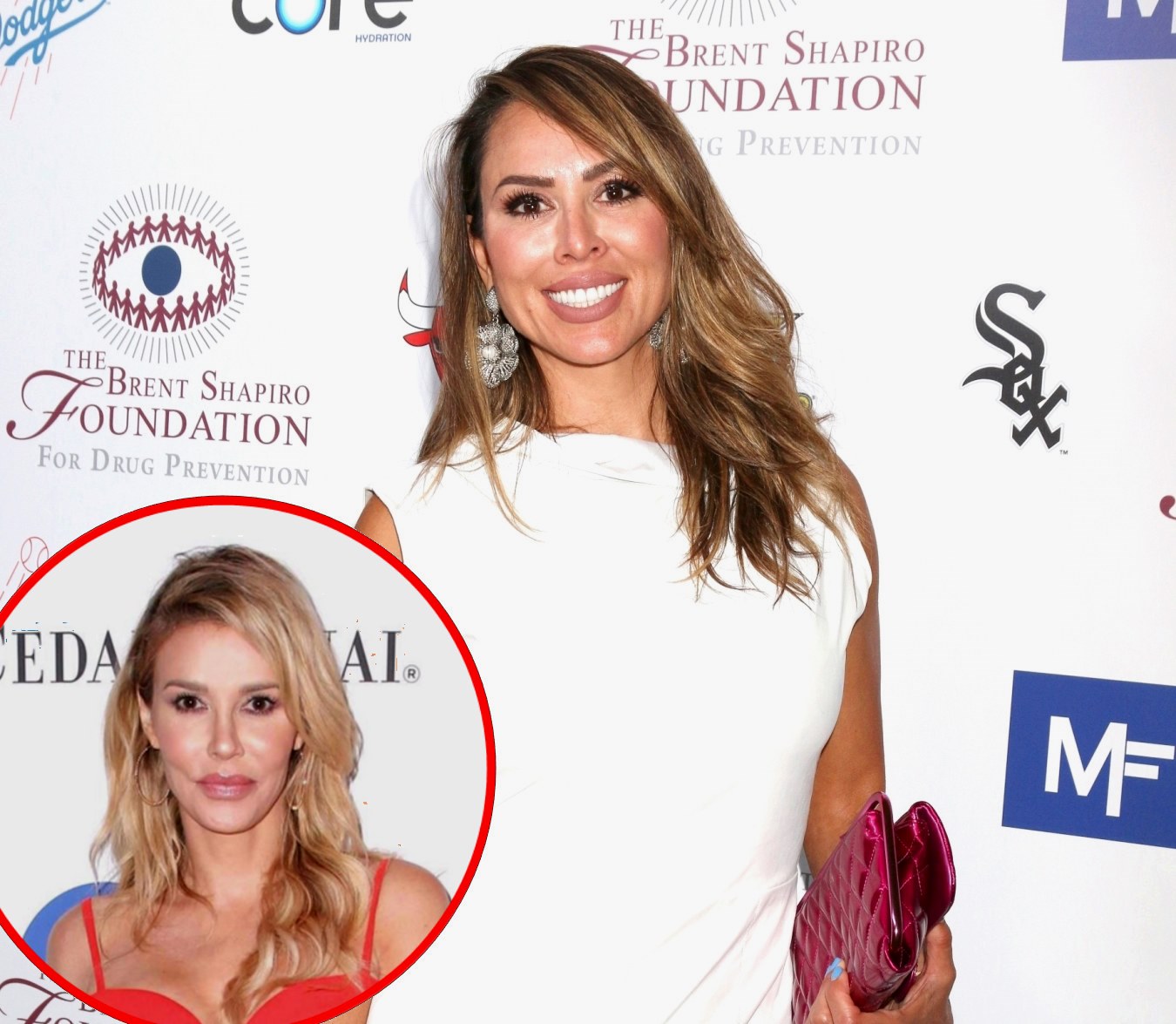 The Real Housewives of Orange County star Kelly Dodd appears to be upset with the Bravo network for choosing to air a very ugly rumor that came from some of her costars. Also, Brandi Glanville is defending Kelly and slamming the RHOC cast as being ‘hypocrites.’

As fans saw during Tuesday’s show, Tamra Judge was seen mentioning the “train” after Vicki Gunvalson said she knows more about Kelly than she’s publicly revealed. However, rather than continuing the “train” conversation, Vicki acted as if she did not want the topic mentioned.

Earlier today, Kelly, who has denied taking part in any such thing, took to Twitter to respond to a couple of messages shared by fans after the show.

“GIRL, I’ve had a train pulled on me and it was great. So if it’s true then GET YOUR LIFE. If it’s not true then F**K EVIL VICKI. She is the go-dam worst and should have been fired!” one man suggested.

But Kelly wasn’t done as she then agreed with another fan who slammed Bravo TV for airing something that was seemingly created as part of a potential smear campaign against Kelly.

“[Bravo TV] shame on you Bravo! [Tamra], Vicki & Shannon coordinate that smear against [Kelly Dodd] & any other company would have fired their employee. They shouldn’t have said it, YOU shouldn’t have aired it! It’s getting way below the belt,” the woman said. 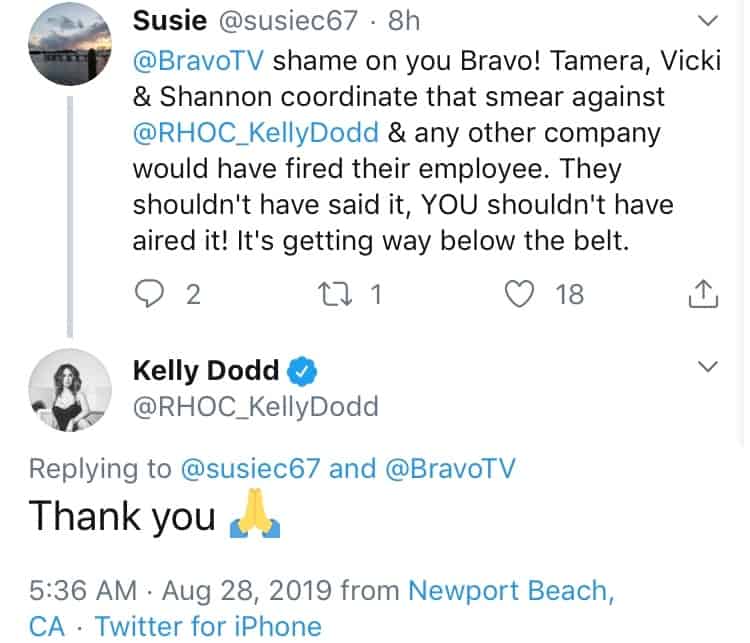 As for Brandi, she was also not impressed with the behavior of the RHOC cast during Tuesday night’s episode. She took to her Twitter page after the show to put them on blast.

After watching as the ladies discussed a sex train rumor against Kelly, the former Real Housewives of Beverly Hills cast member slammed the cast as “hypocritical” for bringing up the issue on camera and pretending as if they didn’t want to talk about it.

“The moment you swear to not talk about a RUMOR you may have heard within ur group, yet you KNOW 100% your on fucking camera your a fucking hypocritical asshole,” Brandi tweeted.

The cast members involved have yet to respond to Brandi’s tweet.