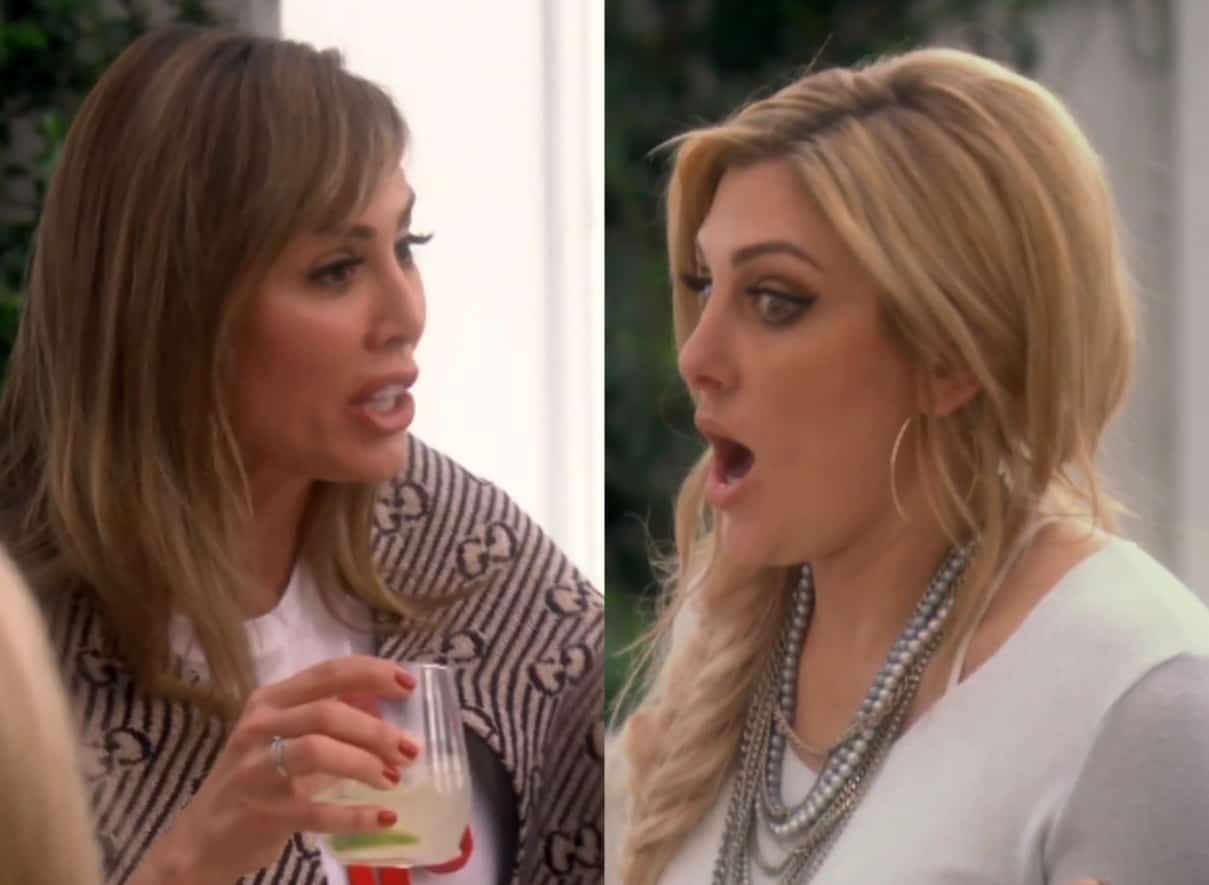 The Real Housewives of Orange County relocate to Los Angeles for a girls’ trip on this episode.

We’re picking up riiiight where we left off last episode. One word: TRAIN. Leave it to Vicki to bring up something that she isn’t supposed to discuss…well, technically Tamra is the one that mentioned the t-word, but I digress. Vicki is pulling the old ‘I know something you don’t know trick,’ and it’s done its job. Translation: the ladies can’t stop talking about the train rumor. The rumor is that eight guys pulled a TRAIN on Kelly. Woah. The girls make a pact to never bring this rumor up ever again. “This is a secret club. We cannot talk about the train.” BUUUUT…let’s discuss it on television while filming a reality show. That’ll keep it hush, hush!

A mere 12 hours later, Shannon and Tamra, in their workout gear, head out for a walk. A very slow, meandering walk. Leave it to Tamra to make fun of someone, and this time it’s Braunwyn and her laugh. Let’s face it, the lady does have an awful guffaw. Speaking of Braunwyn, the lady apparently has a hard time keeping things on the DL. Homegirl phoned Kelly immediately to let her know what’s been said about her. So much for the “secret pact…” Choo choo!!

In the meantime, Tamra attempts to set up a fresh friendship between Gina and Shannon. Both women understand heartache, and Tamra believes that Shannon could be the wise old sage Gina desperately needs. Let’s face it. Gina is a HOT MESS nowadays and Shannon could potentially be her life guide.

Over at Braunwyn’s daycare, I mean house, Kelly and Gina stop by. Kelly wants Braunwyn and Gina to spill the tea about the train rumor. Kelly knew SOME of what went down the night before courtesy of Braunwyn, but she is furious at Vicki. In the words of Kelly, “the lady [Vicki] is dangerous.” Braunwyn simply claims she was trying to give Kelly a heads up about Vicki’s rumor spreading. This lady has no idea what kind of drama she is gonna create by being honest.

Gina gets herself to her therapist, despite the DUI, loss of house keys, and loss of her passport. She fills the therapist in on the newest: her ex-husband, Matt, is still seeing the woman who broke up their marriage. Gina explains that she is “drowning” in Matt’s secret. Gina’s throwing herself one hell of a pity party…

Braunwyn and Kelly are en route to watch Emily get her sexy on. That’s such a weird sentence. Emily is preparing her sexy dance for her 10-year wedding anniversary to her hubby, Shane. She finds it empowering to show that you can be sexy at any size. Go, girl! Despite Shane’s lack of comfort regarding Emily’s sexy dance plan, Emily is still going through with it. That’s what happens when you marry an a-hole. Emily performs her newly learned dance for Kelly and Braunwyn, and I was just hoping we could discuss the ghetto mimosas nestled next to Braunwyn…

Why does Gina insist on dressing like a 1990’s Fly Girl? So, apparently, these ladies love a good rumor. According to a misinterpreted podcast comment, Emily and Gina suck at being housewives in the words of Shannon. Emily took this to the next level and acted before finding out the truth. In a rage, Emily tweeted out nasty things about Shannon, thus creating friction between her and Shannon. Tamra and Gina talk about Emily’s reaction, and Tamra believes that it just shows a “very insecure person.” Gina just yeses Tamra to death because she desperately wants to be accepted by these older ladies who she knows will hook her up…

Girls’ trip! The ladies are heading to LA…The Rodeo Drive shopping/lunch outing was planned by Shannon, Gina’s new gal pal. Man, all Tamra had to do was mention that Shannon could help a heartbroken Gina, and BAM. Gina’s essentially having a Pretty Woman afternoon. Shannon shrieks, “Let’s pick out an outfit for Gina” and then actually purchases said outfit for her new bestie. I wish I had “friends” like that!

Gina takes a second from being babied by the elders to chat with Emily. Gina has a sixth sense about relationships these days, and she can tell that her buddy is off. Emily states that she feels “lost right now” and tells Gina that she is having an anxiety attack. Emily calls herself out for looking like a crazy person, and I think this may be the first time I actually agree with this girl.

In the midst of Emily’s tear fest outside, Tamra reminds Shannon of the mean tweet courtesy of Emily. Tamra realllly loves to stir that pot, huh? It’s as if Shannon was like, oh yeah, that’s right, I forgot I’m mad at Emily! Gina treads lightly around any potential fighting because she doesn’t wanna bite the hand that feeds her, ya know?

Shannon is essentially Gina’s sugar momma today!! When Emily returns back inside, the mean girls poke and prod at Emily until she cracks. Emily explains that she got hurt from the “incorrect information” misheard on the podcast. She further admits that she was wrong and apologizes to a seething Shannon. I love how Tamra says people should stop gossiping. She’s the queen of gossip. If she took her own advice, there would be zero issues happening right now!

So, I guess none of these ladies understand the concept of a secret… Gina also spilled about the train. She told Emily, and Emily decided it would be wise to ask the table about the dirt, Kelly included. Silly Emily. You just got out of hot water and now you’re diving right back in again! Kelly becomes enraged: “Why are you even bringing it up?” Uncomfortable, Braunwyn comes clean that she was the one who initially told Kelly. Kelly gets a phone call from her daughter Jolie and storms off, but not before telling the women that they can all “f*ck off.” I don’t know what’s worse: Kelly and Jolie’s conversation or the absurd rumor that is circulating?

Naturally, Tamra has a big fat problem being told to f*ck off, so she runs after Kelly. This is a typical Tamra move⁠—she does this when she wants the victim to know “she is on her side,” so as not to be seen as the bad guy…Kelly is livid and rightly so. Tamra tries to tell Kelly that she is on her side and is essentially doing the opposite of how she behaves. I mean, Tamra, YOU’RE the one who kicked the rumor off! Gina is super upset that her day is getting marred and accuses Kelly of being “defensive.” Kelly is just over Gina altogether and tells her off to her face, telling her to “shut up.”

“Gina should be the last person giving me advice. She forgets her passport, her license, her sunglasses, her keys, and her kids run amok. She is a DISASTER,” says Kelly later on in her talking head. Ouch!

Le sigh. Imagine how nice this day could have been if Tamra just learned to stop talking!!!