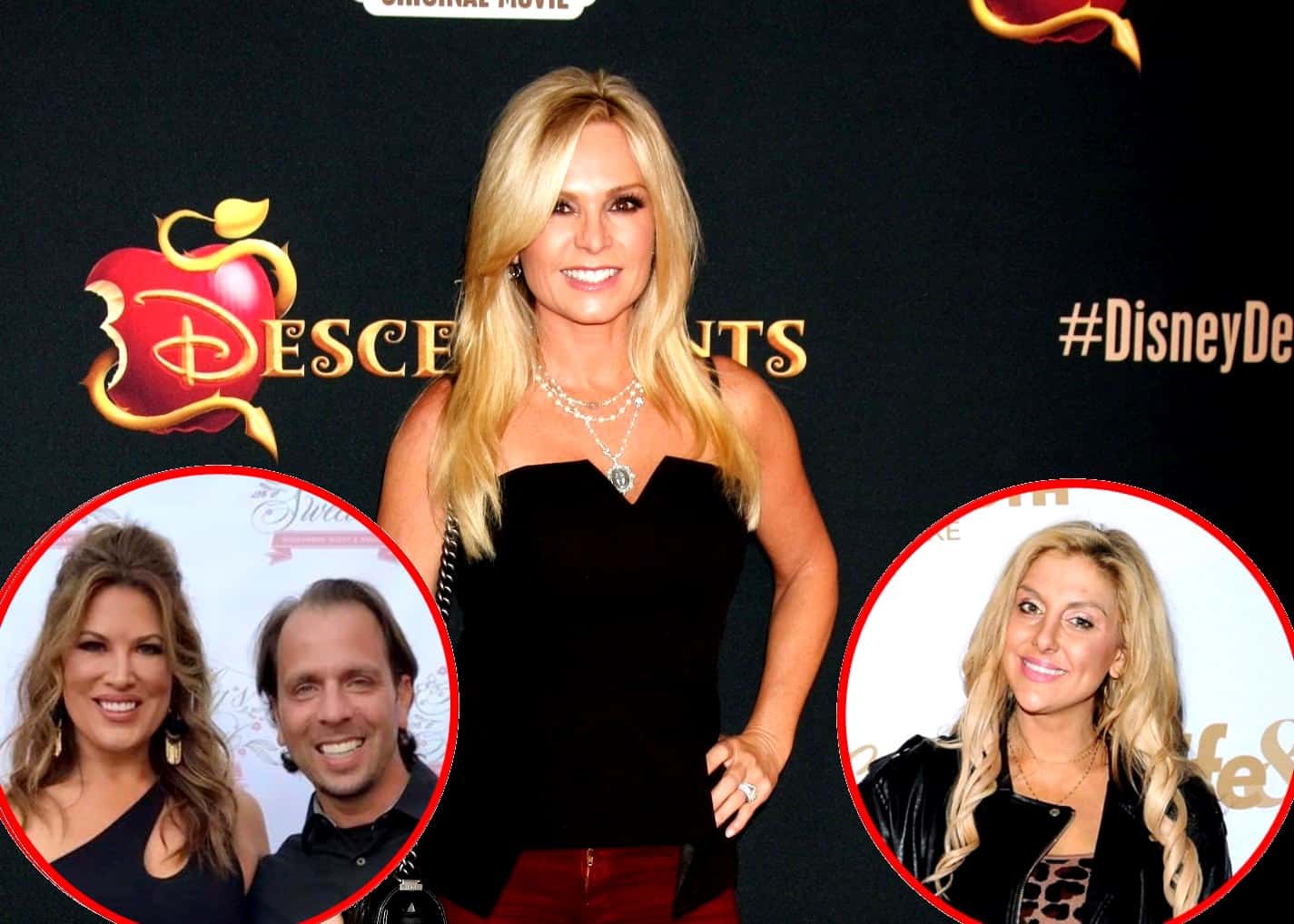 During a new interview, the Real Housewives of Orange County star shared her thoughts on the potential demise of her costar’s marriage. Then, she dished on Vicki Gunvalson‘s lack of planning for her upcoming wedding and Gina Kirschenheither‘s ex-husband’s domestic violence arrest.

According to Tamra, she believes Emily and Shane’s marriage, which has endured its ups and downs throughout Emily’s time on the show, will “probably” succumb to the reality TV curse.

“I think so,” Tamra said to Us Weekly on August 20.  As for why, Tamra believes the absence of Shane, who has been spending a lot of time away from home to study for the bar exam, will play a factor.

“On tonight’s episode [Emily] touches down on it a little bit more that [Shane]’s just… he’s just not around,” Tamra revealed.

As Emily and Shane’s relationship faces hardships, Vicki’s relationship with Steve Lodge recently reached a milestone as they became engaged in April. That said, when it comes to planning for their wedding, they may not have done much.

“I have not heard one word about the planning [of Vicki’s wedding]. I got all excited after [Steve] proposed and I started sending her over all this Pinterest stuff like, ‘You could do it this way, we could have it in a barn,’ and Steve’s like, ‘Slow down.’ So I don’t know when the wedding is or what’s going on,” Tamra admitted.

“Steve’s kind of private which is so odd because Vicki’s not. I think if he had it this way, they would just go away and get married. But Eddie said the same thing and then ‘O.C. Tamra’s Wedding’ came out. So who knows,” she continued.

As for the recent domestic incident between Gina and her ex-husband, Matt Kirschenheiter, Tamra said her costar is “struggling” and “sad.”

“That’s scary. It’s really scary. So, she’s going through legal issues with that,” Tamra explained. “Her DUI is behind her. So, that’s good. But, she was really hoping they would get back together and she really had her heart set on it. She really wanted her family back together and then that happened.”

According to Tamra, Gina was “really open” with her life during season 14.

“Her first season she was really guarded, like she didn’t want to expose what was going on in her marriage and the demise of her marriage. But she does this season. She’s very open which is going to be interesting to a lot of people,” Tamra revealed. “They’ll understand a lot more of her from last year.”

Although Gina and Matt have been on and off for some time, Tamra said there’s “no chance” of them reconciling. Tamra also expressed her concern for Gina, who is not only away from her family in Orange County, but also single with three small kids.

RHOC Live Viewing – We will be holding live viewing threads for the RHOC this season, so feel free to comment and chat below as the season premiere episode airs at 9/8c tonight on Bravo TV!  A preview clip is below.