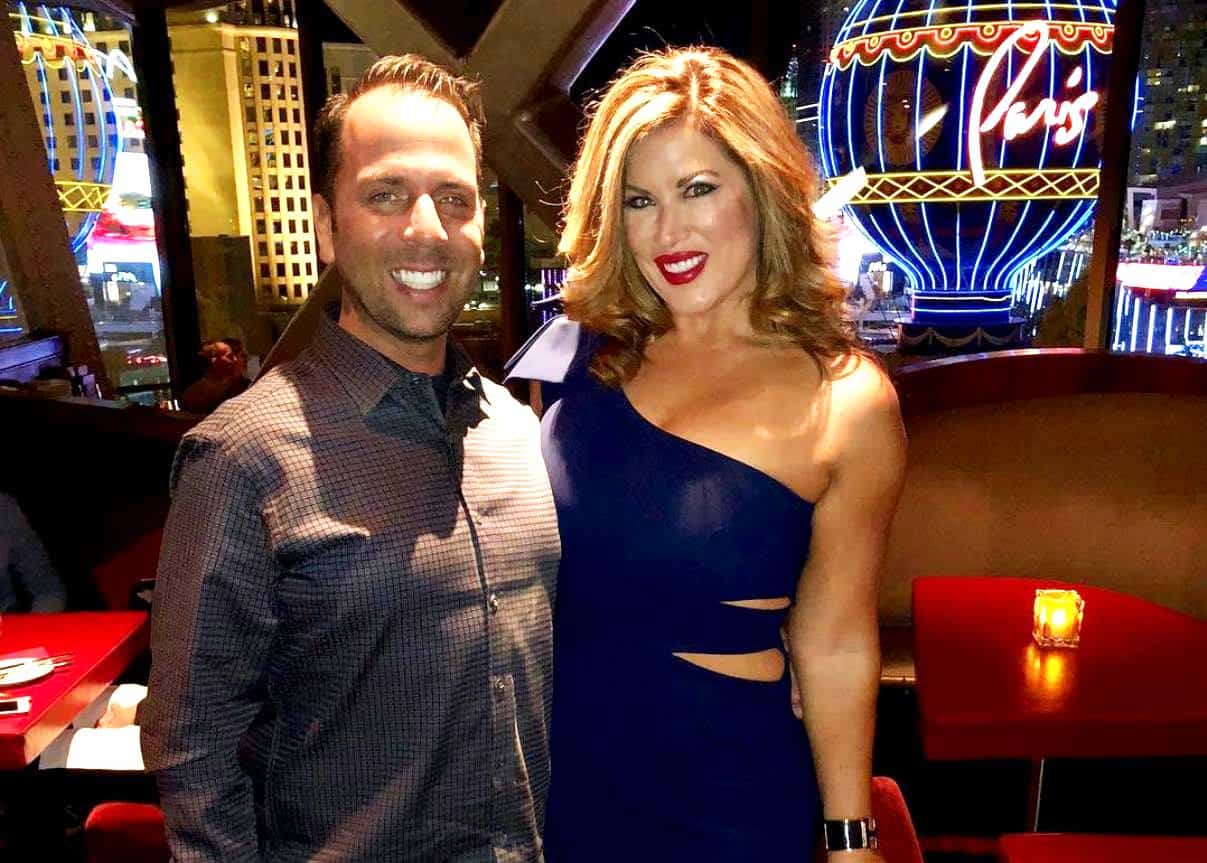 Throughout her premiere season of The Real Housewives of Orange County, Emily Simpson‘s marriage to husband Shane Simpson was a hot topic for her co-stars. According to Emily, the same goes for season 14.

During a new interview, Emily opened up about the current status of her marriage before dishing on the body-shaming she’s faced online and the plastic surgeries she’s had.

“I would say it’s probably a combination of [happy, strong, and troubled],” Emily said of her marriage while appearing on The Domenick Nati Show. “I mean, I’m not speculating that there’s any divorce in the future but we definitely have our ups and downs and I think you’ll see a lot of that this season, especially with the pressures we’re dealing with as a married couple.”

According to Emily, being on a reality show has added challenges into her relationship.

“It’s like taking a highlighter and highlighting everything bad that happens bad in your life. It’s like putting a neon flag on for it for everyone to comment and judge,” she shared. “Shane does a much better job of dealing with it. He laughs at a lot of things and when people make derogatory comments about him he thinks it’s funny but a lot of times it’s not funny and I get really affected by it.”

As for the body-shaming she’s been facing from her Twitter and Instagram followers, Emily said that while she does her best to ignore it, she sometimes lashes out against her haters on behalf of the many women of the world who aren’t a size 0.

“It is hard sometimes, filming with such petite women sometimes I feel like the Jolly Green Giant next to them. But it’s just who I am and it makes me unique,” she added.

Speaking of the plastic surgeries she’s had over the years, Emily admitted to having a breast reduction, breast lift, and breast implants, and she said she has no plans to shy away from future surgeries.

“I’ve had three breast surgeries and I’ll probably do it again at some point, whenever I feel the need,” she said. “When I turned 40, I did a reduction and a lift. So, that was the last one but that was the third one that I’ve had. I have no shame in the plastic surgery game.”

The Real Housewives of Orange County season 14 premieres on August 6 at 9 p.m. on Bravo TV.