Home Real Housewives of Orange County News RHOC’s Emily Simpson Thinks Tamra Judge Should Mind Her Business When It Comes to Her Marriage, Clears Up Misconceptions About Her Husband

RHOC’s Emily Simpson Thinks Tamra Judge Should Mind Her Business When It Comes to Her Marriage, Clears Up Misconceptions About Her Husband 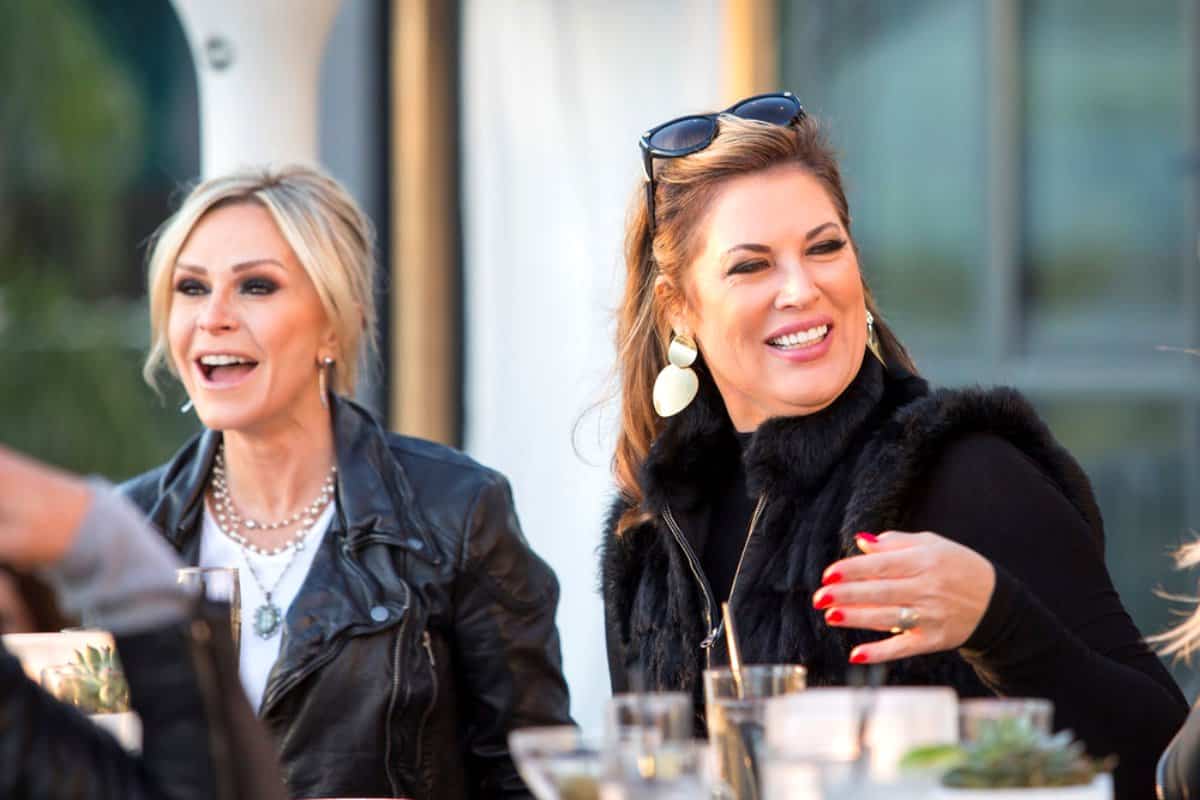 The marriage of the Real Housewives of Orange County newbie Emily Simpson was the topic of conversation amongst her castmates on the latest episode of the show, after her husband, Shane Simpson, proceeded to kick Gina Kirschenheiter out of their home for being too loud during Emily’s poker party.

Unfortunately for Emily, while she and Gina agreed to let bygones be bygones pretty quickly, the other women just couldn’t seem to let it go — particularly Tamra Judge, who insisted on discussing the matter with anyone who would listen. And now, it appears Emily has had it!

In her latest Bravo blog, Emily makes it crystal clear that Tamra should mind her business when it comes to her husband. But first, Emily was asked what she thought about the conversations the other women engaged in regarding her marriage.

“Which conversation?” Emily asked sarcastically.  “When Tamra is talking to Gina, when Tamra is talking to Vicki, or perhaps when Tamra discussed my husband and marriage to the entire table of women after I left Tanner’s? The short answer is that no one likes to know their marriage or husband is being discussed.  Especially when they don’t even know him. Unfortunately, some absolutely love initiating such conversations.”

Yep…that certainly sounds like Tamra! Emily emphasizes that Gina, the one who was actually kicked to the curb, was already over it.

“First, I’d like to point out that Gina and I had already resolved our issue regarding poker night and my husband, because she made sure to clear the air and “squash” the incident. I love Gina for this.” Emily said.

She then added that it wasn’t Tamra’s place to keep bringing it up.

“[Gina] let me know that Tamra informed her that she must have created quite a scene for Shane to respond the way he did,” Emily said. “Was Tamra there? Is it her business to discuss? Either way, after a thoughtful discussion in the car, Gina and I both decided it really wasn’t a big deal and we had moved on.  But for some reason Tamra decided to repeatedly bring up the incident. Why?”

Unfortunately for Emily, Tamra wasn’t finished!  When Emily left their dinner at Tanner’s early, Tamra began speculating that Shane was controlling, and was somehow making his wife cut her evening short.  But Emily said that simply wasn’t the case.

“After I left, I really appreciated seeing that both Gina and Kelly were understanding that I left because I have three little ones at home,” Emily recalled. “Yet Tamra said she “feels” like my husband told me to come home, that he’s “controlling”…Assume much? I wasn’t gone for two seconds before Tamra started in with, “I have a question…” as she smiled and again brought up the incident between Gina and Shane. If she truly had a question about me, or my husband, why not ask while I was present at the table? I’m just curious why Tamra pushes women to have issues with their friends even after their problems have been resolved.”

She continued,  “Since Vicki left dinner early with me the night before and missed out on Tamra’s choice of topic, she made sure to fill Vicki in on the conversation regarding my marriage! How has she handled Vicki talking about her husband, Eddie, in the past?”

Oooh! Best not to pull at that thread, either.  But mainly, Emily wants everyone to stop “making snap judgements” about her husband, and get to know him.

“Probably the biggest misconception I’d like to clear up would be the snap judgments made of my husband based on this one incident. We all have our moments. In fact, stay tuned, and you will soon see me have mine…,” she teased.

Well, now I’m intrigued! Be sure to keep up with Emily, Tamra’s mouth, and all the rest of the RHOC drama every Monday night at 9/8c!

TELL US – SHOULD TAMRA MIND HER BUSINESS? OR IS HER CRITICISM ABOUT EMILY’S MARRIAGE VALID?