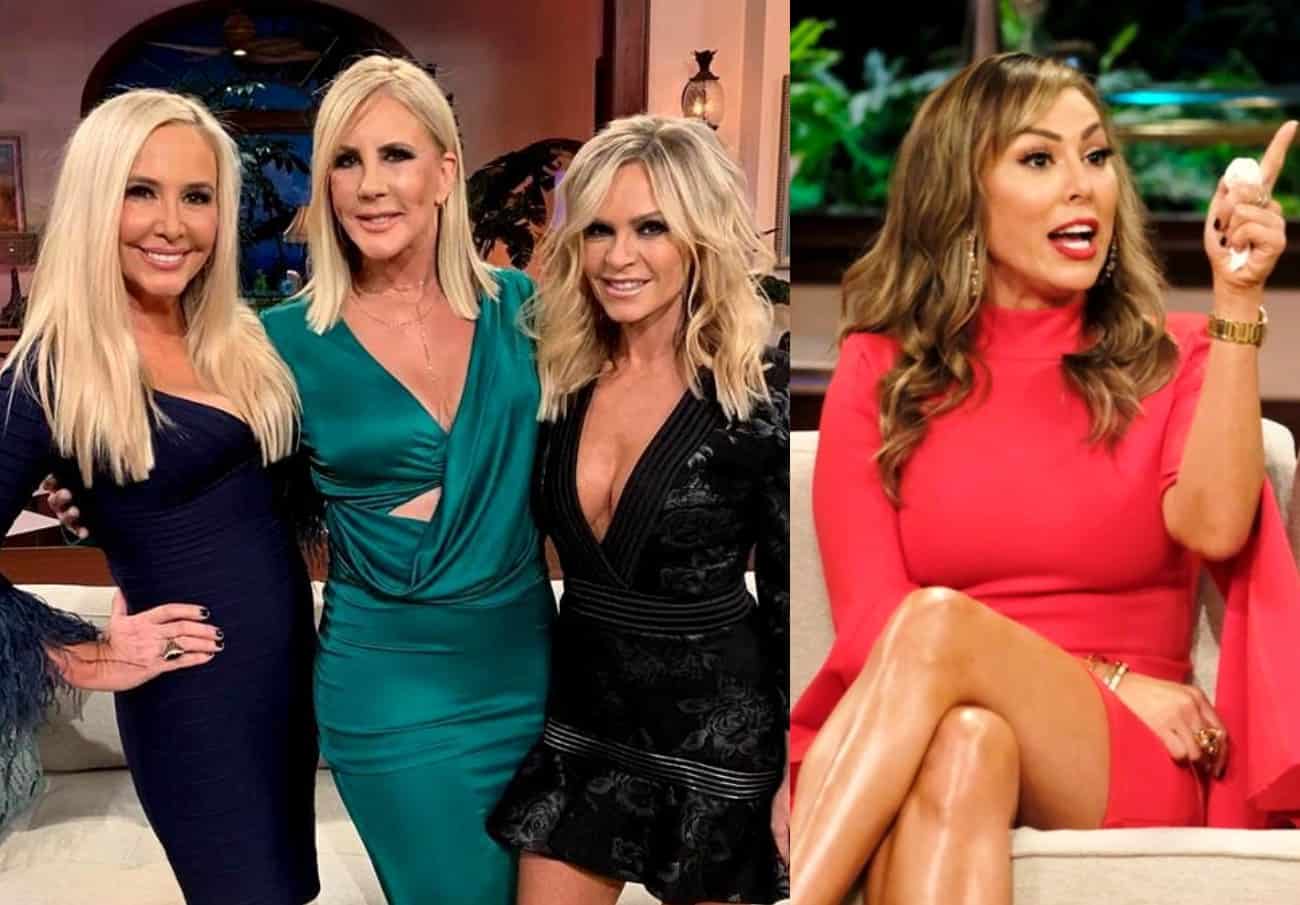 Could Kelly Dodd be fired from her role on The Real Housewives of Orange County after season 12?

According to a new report, Vicki Gunvalson, Shannon Beador, and Tamra Judge, who recently said she’ll “never speak to Kelly again” because “sometimes, people go too low,” are out for revenge after being targeted by Kelly both on-screen and off.

“Kelly wants to rule the roost, but this time she’s gone too far,” an insider revealed to Life & Style magazine in their recent issue.

Following the news of Vicki’s demotion from the show in July, Kelly slammed her storyline as “stale” and suggested Tamra would be next to face a reduced role.

“When [your] time runs out on the show #youarenext, let’s see if your husband sticks around!” Kelly wrote in a now-deleted tweet aimed at her costar.

“The ladies have had enough and will do whatever it takes to seek revenge,” the insider said. “They want Kelly out.”

Last month on Instagram, Tamra made it clear that she agreed that Kelly should be fired after seeing a fan suggest the idea.

“Bad [move] demoting [Vicki Gunvalson] not happy with that decision,” the fan wrote. “Already not as excited about this season now. Just because someone gets their life in order and does not have huge drama is no reason to down their appearance. Kelly needs to be fired, boring and way [too] hostile to put up with.”

After seeing her costar’s post, Kelly took to her Twitter page to tell her online audience that she wouldn’t be the one to go.

“I won’t be fired babes .. she’s not a senior executive [at Bravo TV] her lies and desperation will get herself fired,” Kelly said.