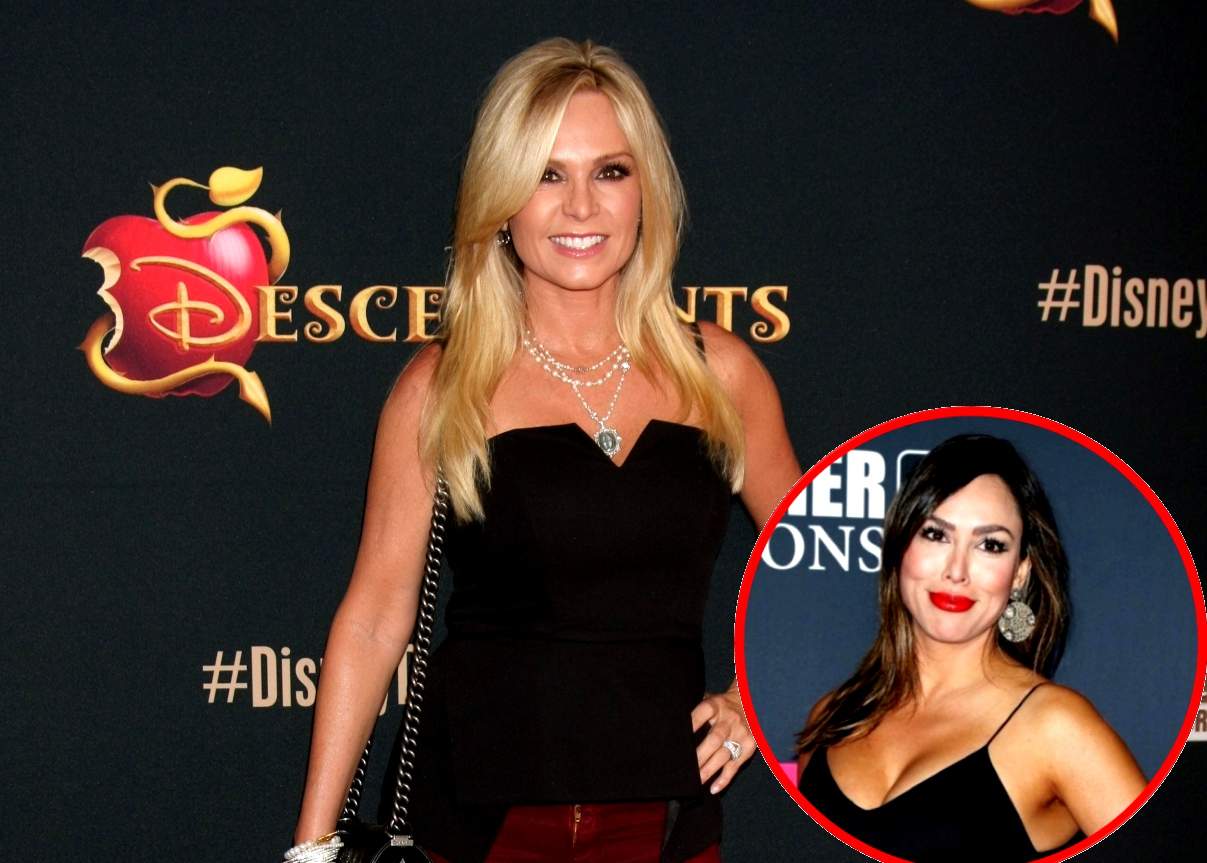 In an interview Tamra gave right before her ugly Twitter war with Kelly this week, the Bravo reality star hinted that her friendship with Kelly might be done for good.

We first got a glimpse of Kelly and Tamra’s current feud back in April, when someone leaked a video on Instagram of them arguing during filming. In the video, the two housewives are visibly mad at each other, allegedly about Tamra telling people Kelly pushed her mom down the stairs. After denying hurting her mother, Kelly refused to film any more scenes with the 51-year-old reality star. Then, the two reportedly called a truce.

But where do the two housewives stand today? Well, not anywhere near each other, that’s for sure. In a recent interview with Popculture, the CUT Fitness owner addressed her current relationship with Kelly.

“I kind of played peacekeeper between Kelly and Vicki Gunvalson throughout the season,” Tamra explained. “But near the end, Kelly turned on me.”

While we aren’t sure what exactly Tamra is referring to yet, we have witnessed Kelly, back in season 11, throwing a little bit of shade regarding Tamra’s estranged relationship with her eldest daughter, Sidney Barney.

But luckily for Tamra, filming the new season wasn’t a total disappointment. Orange County’s “hottest housewife” is excited to have newbie Braunwyn Windham-Burke on the show.

“Honestly, I’m pretty good at these things when it comes to intuition,” the reality star boasted. “Braunwyn is probably one of the best decisions they’ve made in a long time as far as casting.”

Tamra even went as far as to say that the mother of seven “brings something very, very interesting to the show.”

But what about Tamra’s relationship with Shannon Beador? Last season their friendship was put to the test when Tamra accused the newly divorced housewife of being too down on herself and self-involved. But according to the Bravo-lebrity, things are good with Shannon, and we’re finally going to see “Skinny Shannon having fun.”

Catch new episodes of The Real Housewives of Orange County on Tuesdays nights at 9 p.m. on Bravo.