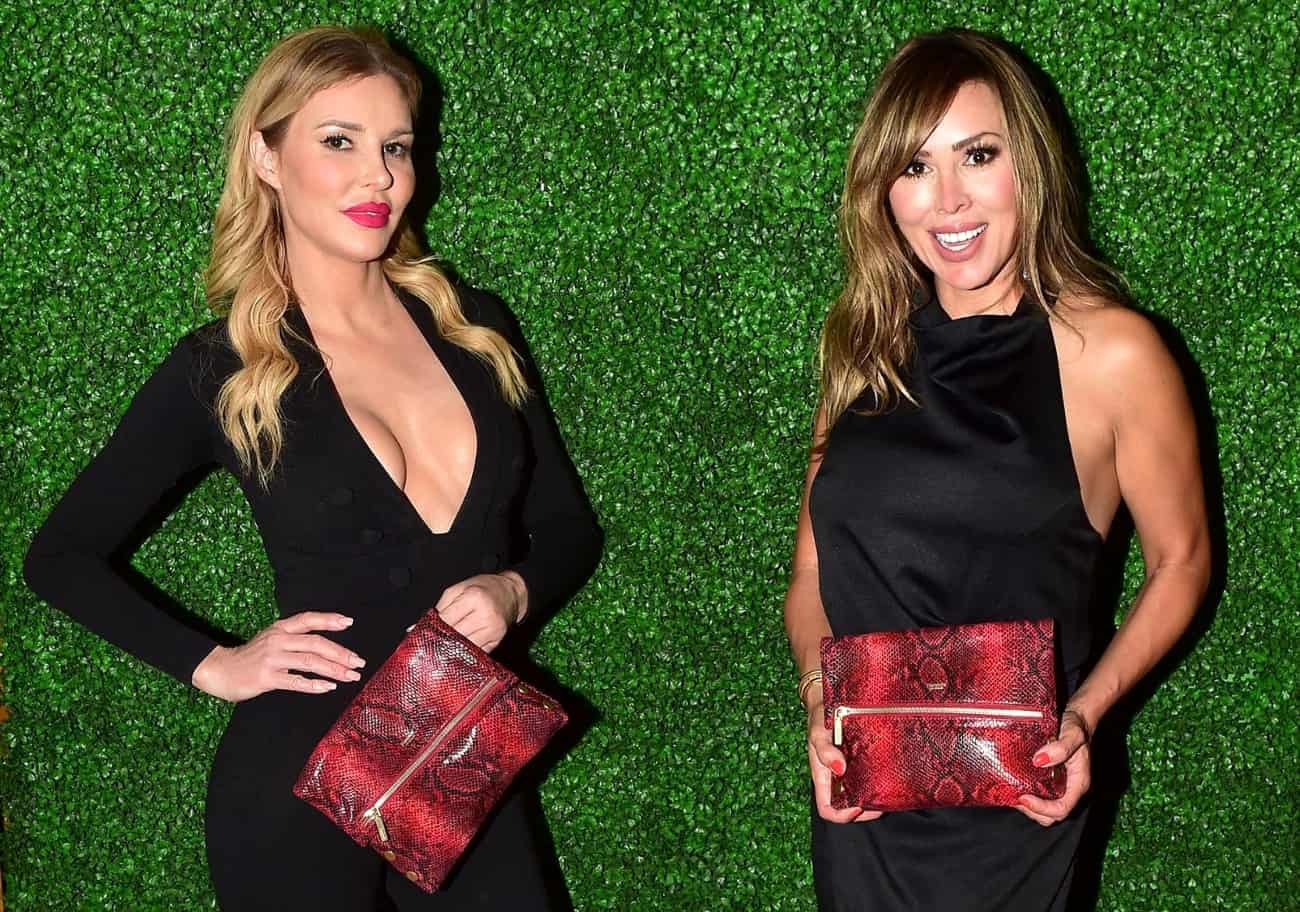 The Real Housewives of Orange County star Kelly Dodd may be dropping friends like flies these days, but fellow Bravo star Brandi Glanville surely isn’t one of them.

The former Real Housewives of Beverly Hills star is never one to hold back her opinion, especially when it’s about other housewives. And after RHOC’s Tamra Judge  slammed Kelly as “the new Brandi,” the reality star was quick to fight back and admit that Tamra’s gunning for Kelly.

“I feel bad for Kelly, to be honest,” the Bravo star revealed in a recent interview with Entertainment Tonight. “I just feel like they’re all using her, to go after her so she reacts, so [they’ll] have a storyline.”

The former Beverly Hills housewife went on to explain that she and Kelly have actually been friends for many years.

“We understand each other because we are the person that everyone goes after just to get a reaction. So, it’s like if you want to have a storyline, go after Kelly, because [she’s] gonna give you this explosive, craziness,” the mother-of-two divulged. “So, I understand her position in a group of women who don’t want to share their lives, so they’d rather go after her, so she looks like the bad guy because she reacts the same way I react! So, I understand her, but we’ve been friends for years.”

Brandi also admitted that she and Kelly have actually had “deep conversations” about their hot-headed tendencies and encourage each other not to react so explosively all the time.

It was also reported that fans will get to see the two Bravo stars’ dynamic chemistry in action on a future episode of Watch What Happens Live.

“I said, if we don’t end up in jail, we’ll be there,” teased Brandi of being on the late-night talk show. “Honestly, together, we get along so well. I spent the night at her place in Newport and all that. We don’t get in fights with each other.”

And while Brandi’s unpredictable behavior may fly on WWHL, it doesn’t always work for RHOBH. In the same interview, the Bravo star admitted that while she did get to show her face briefly in season nine of the show, the same can’t necessarily be said for season 10.

“Andy [Cohen] and I, we’re friends,” Brandi explained of the Bravo producer. “We’ve talked about it. We talk about everything. It wasn’t not gonna happen, and there were other things in the mix that happened. But listen, they’re shooting right now. I’ve been invited to do things, I haven’t been able to do them yet, because of certain things…”

“It has to be the right time and it has to make sense,” the reality star continued. “I know all the girls and I text with them, like, how’s it going? Who’s getting along? I know all the gossip! So, like, can you come to this party? Can’t make it! But, like, I couldn’t…”

RHOC Live Viewing – This is also a live viewing thread for tonight’s episode of the RHOC, so feel free to comment and chat below as the new episode airs tonight at 9/8c on Bravo TV. A preview clip is below.