Brandi Glanville Claps Back at Tamra Judge After Tamra Calls Kelly Dodd “The New Brandi,” Plus Shannon and Tamra Defend Themselves Amid ‘Train’ Backlash 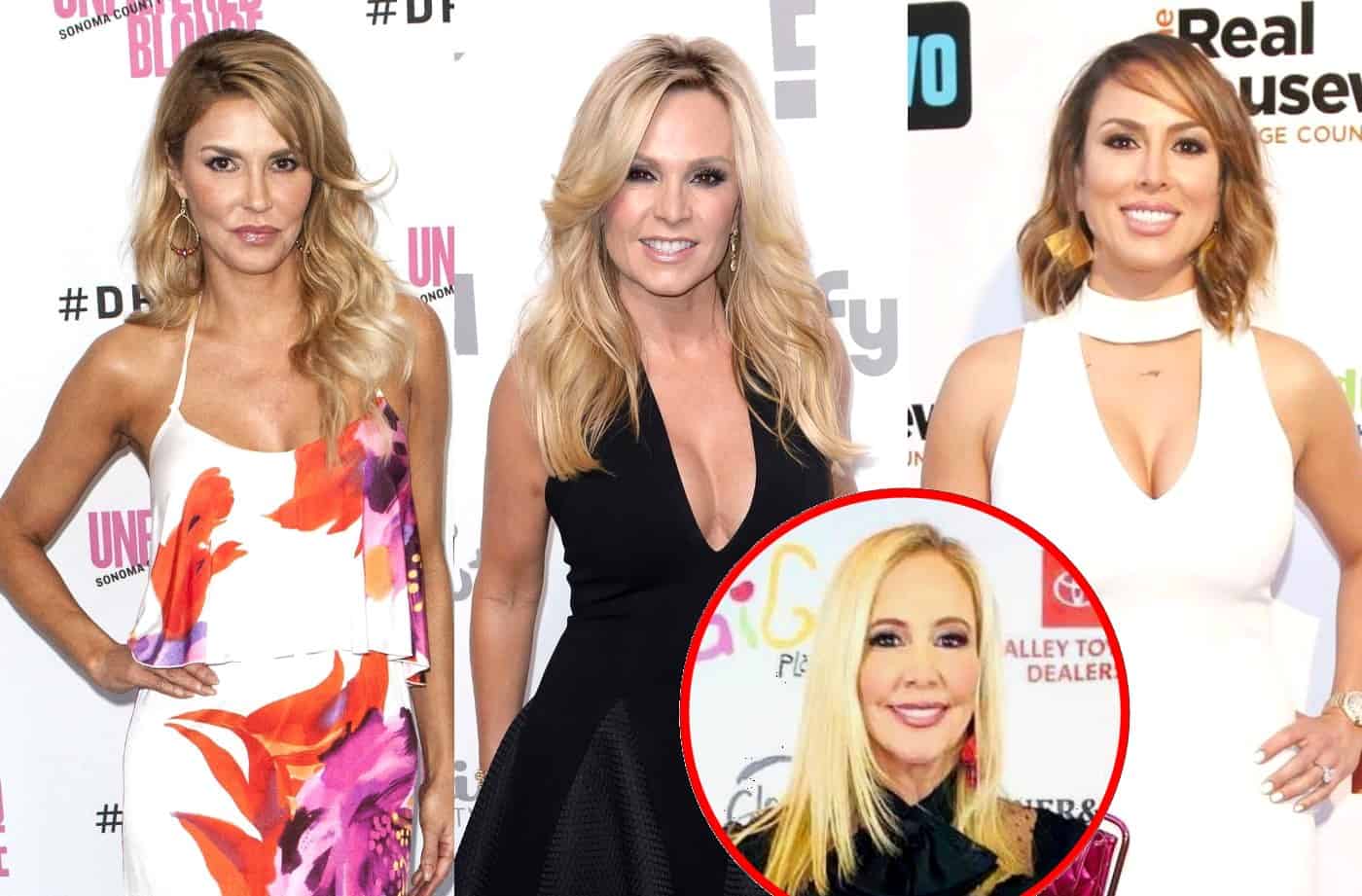 The Real Housewives of Orange County stars Shannon Beador and Tamra Judge are attempting to set the record straight in regard to their comments about Kelly Dodd and the supposed “train” she was involved with. Brandi Glanville is also getting in on the action by clapping back at Tamra after Tamra referred to Kelly as “the new Brandi.”

Days after Brandi slammed the RHOC cast as “hypocrites,” for claiming they didn’t want to discuss the “sex train” rumor about Kelly during a scene that was being taped, Tamra threw some shade right back at her on Instagram today.

Following Tuesday night’s episode of the RHOC, Tamra offered an explanation about why she and Shannon were caught gossiping after suggesting the rumor, which Kelly denied, should be put to rest.

As Tamra shared a screenshot of Tuesday’s show, she told her fans and followers that she didn’t discuss the “train” rumor on RHOC until after her microphone was removed. Unfortunately, what she didn’t realize was the car she was in was equipped with a recording device.

“Lots of people are questioning why the 4 of us would talk about something private on camera then say “this lies and dies here”. The absolute truth is we were done filming , Not mic’d and had a private conversation (lot of it missing) between 4 friends,” wrote Tamra on August 30. “We had No idea our audio was being recorded, that’s why you don’t see our faces… Lets not forget Kelly knew she was being filmed when she yelled out the rumor about David & Eddie.”

Later in her comments section, Tamra called Kelly a hypocrite, stating she had also blurted out hurtful rumors about her and Shannon in the past.

“She has been nothing but vile for the past 4 years,” said Tamra about Kelly. “Calls us all names, she’s the one that said Eddie was gay and David best [sic] Shannon.”

Later, when a follower suggested that Kelly has “no class,” Tamra seemingly agreed by responding: “She’s the new Brandi.” 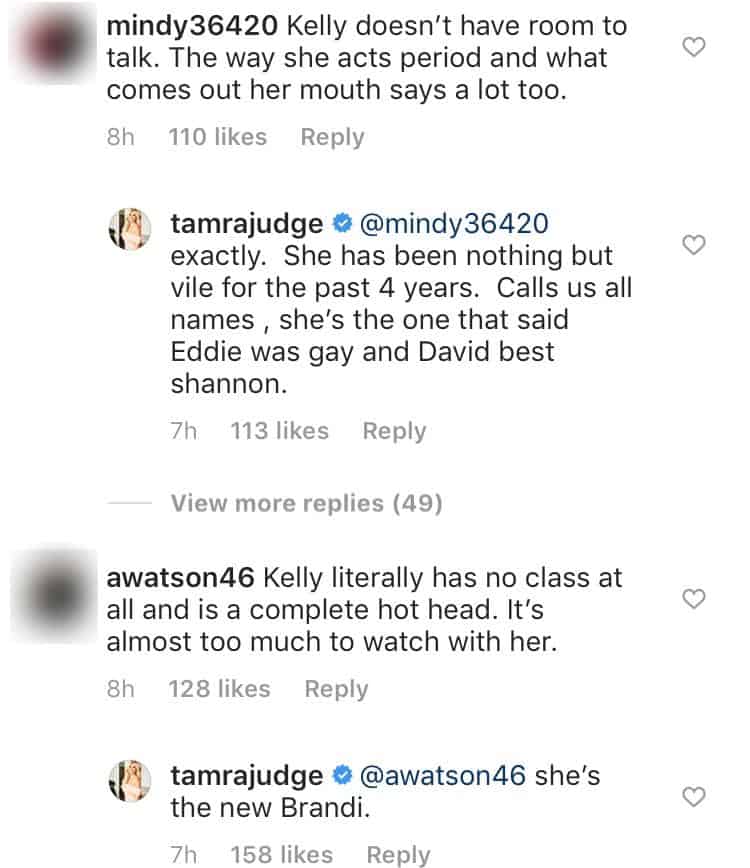 Brandi, however, didn’t take too well to Tamra’s diss, as she responded by warning Tamra to stay in her lane.

“People think they want this problem ’til they get it,” read the meme shared by Brandi, and to make it clear she was talking about Tamra, Brandi tagged Tamra in the caption.

Tamra has yet to respond to Brandi’s post. As for Shannon, she is also responding to some of the backlash from fans who felt that mentioning this rumor on camera was going a step too far. Echoing Tamra’s statement, Shannon stated she wasn’t aware the car was mic’d when she mentioned the ‘train’ rumor.

“I refused to say anything until the cameras were off and no one was mic’d. And I made sure no one had a microphone on them when we got into the car. What I didn’t know is that there was still audio in the car after our dinner,” Shannon explained on Instagram, adding that she was a “good friend” to Kelly and “not a hypocrite.”

Although one fan wrote in the comments section of Shannon’s post that she was suspicious about Shannon’s claim of not knowing there was audio in the car, the reality star insisted that she was unaware.

“There isn’t usually audio in the car,” Shannon replied. 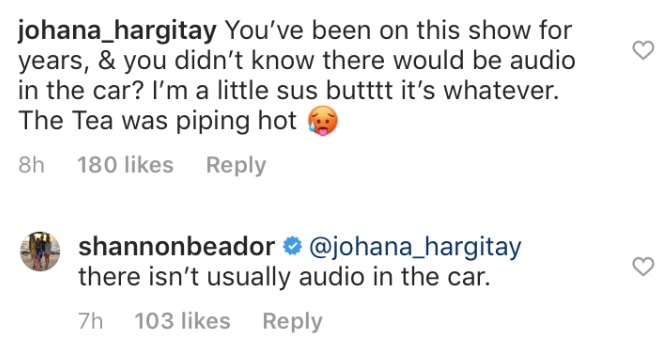