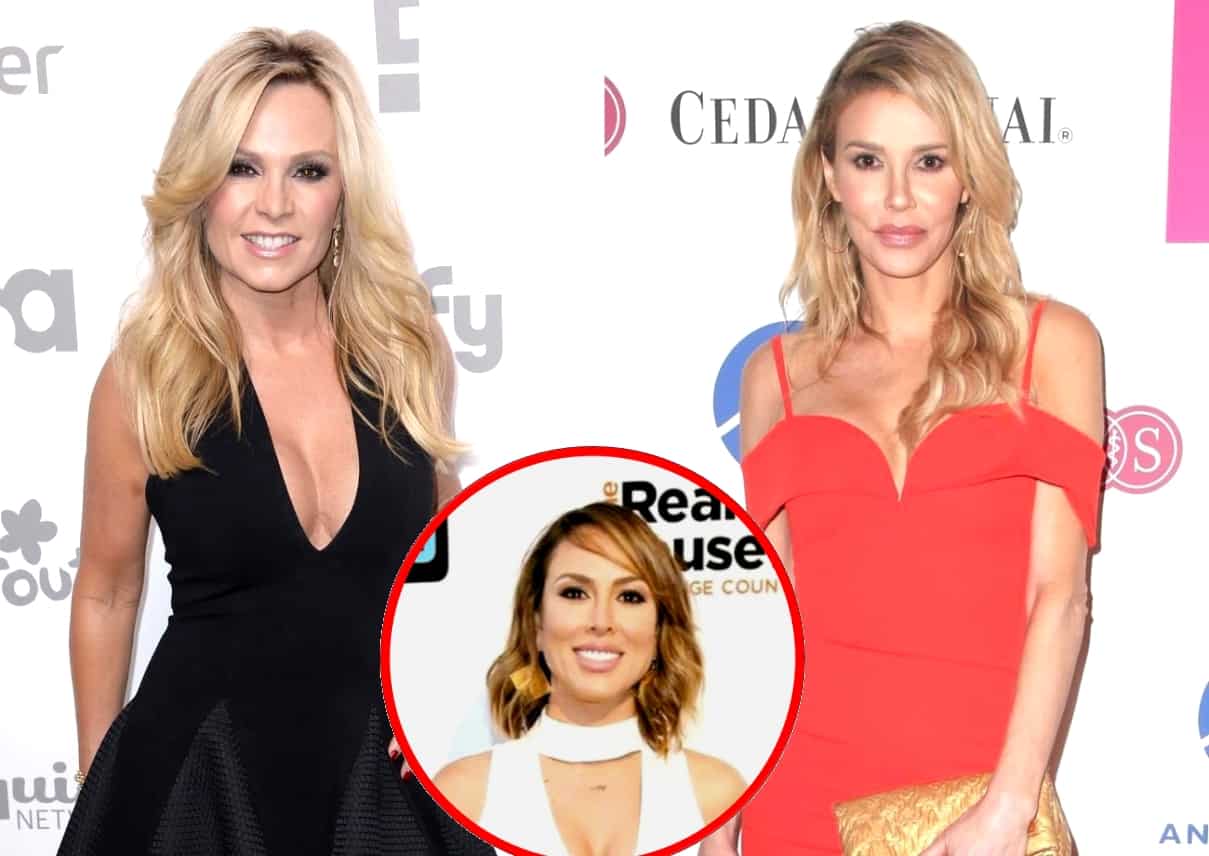 This feud began after Brandi slammed the RHOC cast as “hypocrites” for claiming they didn’t want to discuss a “train” rumor involving Kelly Dodd on camera, even though they brought it up during filming. Following Brandi’s criticism, Tamra clapped back by referring to Kelly as “the new Brandi,” a comment that Brandi didn’t take too kindly to.

Yesterday, Brandi took to Twitter to fire back at Tamra by tweeting: “I have much to say on the toxic trick that is Tamara but I’m going to enjoy my holiday wknd first & address it on my next you tube episode ????????C*NT f**king wait!”

Tamra saw Brandi’s tweet and issued a serious warning to her, threatening possible legal action depending on what she decided to say on her new YouTube series ‘Drinking & Tweeting.’ As most Brandi fans are aware, she has complained in the past about having to spend a ton of money in legal fees defending herself in a defamation lawsuit brought against her by former RHOM star Joanna Krupa.

Tamra tweeted: “Looks like someone needs a little attention. Who knew saying “kelly is the new Brandi” she’d lose her s**t. It’s not like I called her a hypothetical a**hole . #calmdowngirl #attorneywatching #heresyourattention #takeitallin.” 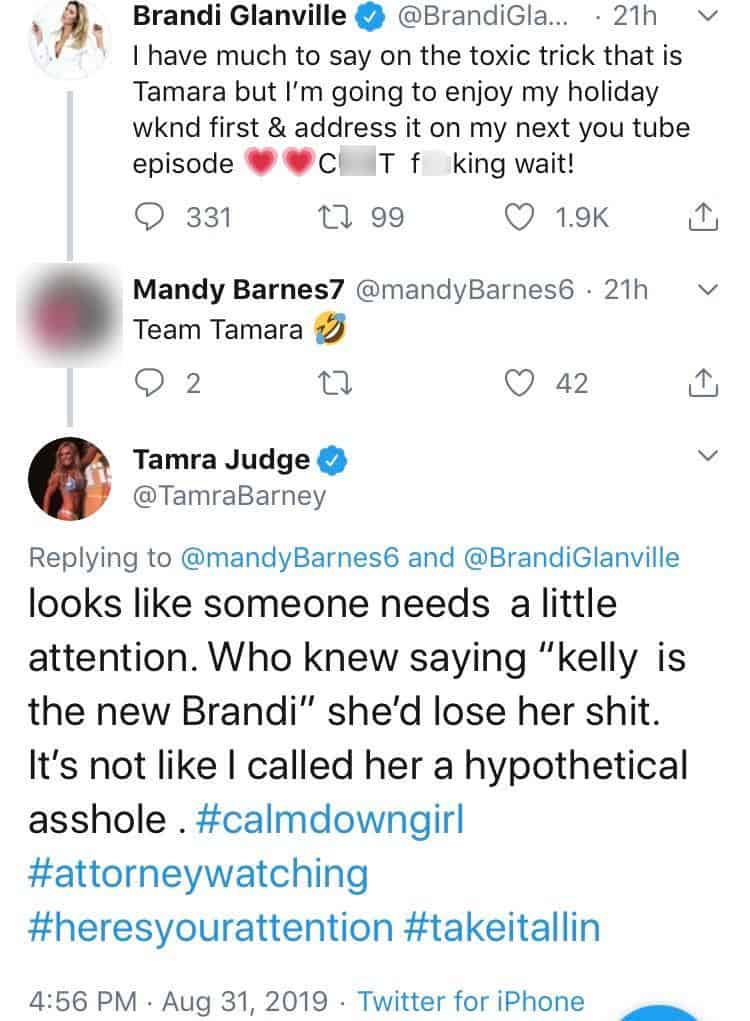 Oddly enough, similar to Brandi, Tamra has also been accused of defamation before and is currently facing a lawsuit, which was brought against her by former RHOC cast member Jim Bellino.

Brandi responded by saying she simply wishes Tamra would “go away.” She later explained in another tweet why she was defending Kelly.

“Its a Saturday.. just finished some f**king rose …and really wishing Tamra would go away #b**ch don’t kill my vibe,” wrote Brandi. 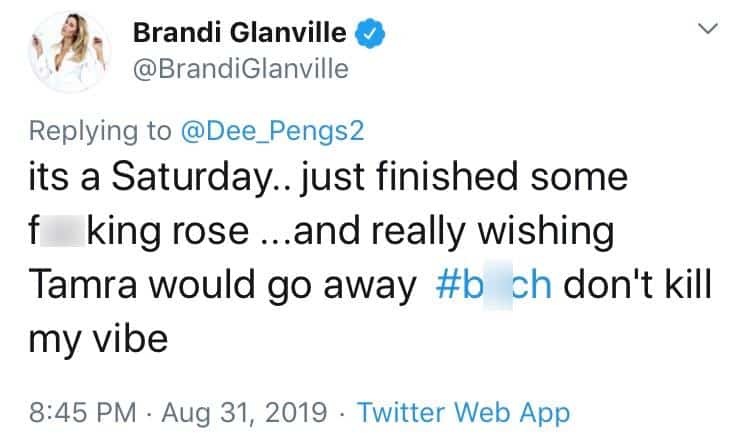 She later added, “I am ONLY looking out for my friend who has a daughter and is going through a public divorce #been their – its really tough & Ive been doing my podcast about reality shows 8 yrs in September! Do your homework honey.” 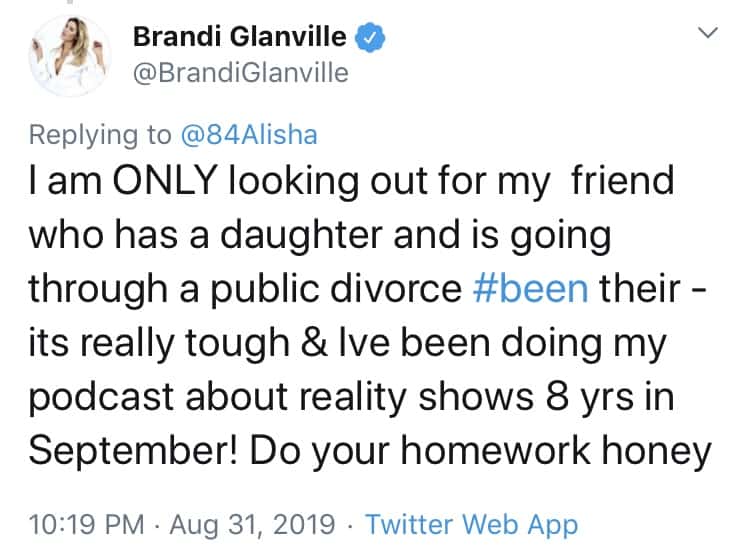 Brandi responded: “Honey, how? Because I think your Meh-ssy?? Babe your loud ,predictable and uninteresting. Its just a fact no stones thrown.”

Tamra wrote back: “You’re on YouTube and the queen of messy , you can’t even keep it interesting on reality TV.” 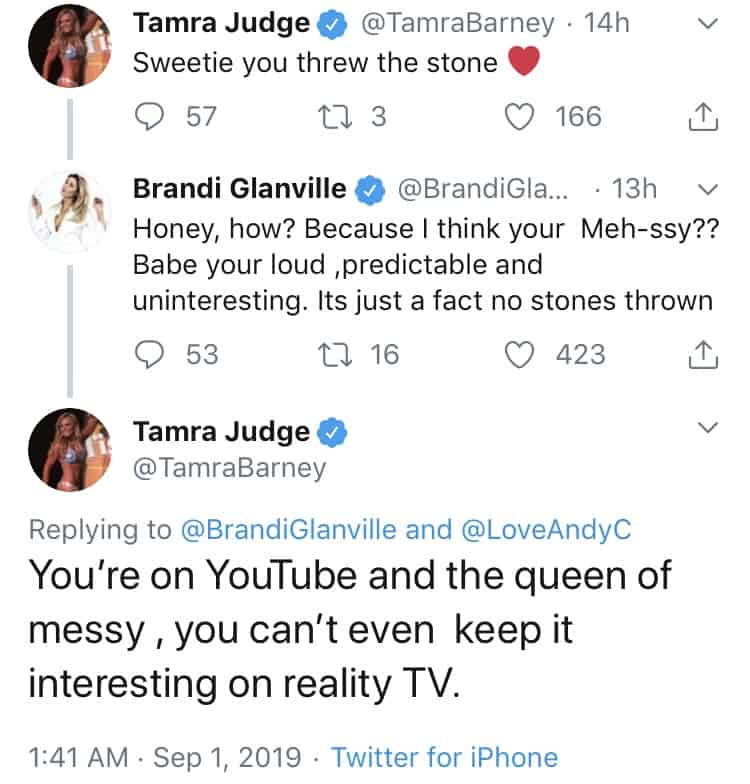 Brandi seemingly attempted to deescalate the situation by stating that they should simply agree to disagree.

“Lets just agree to have a twitter war!? No lawyers, no haters. I don’t want to cancel anyone’s life. I don’t enjoy hate spewing. Lets agree to f–king disagree,” Brandi tweeted on September 1.

For the time being, the feud appears to be over.