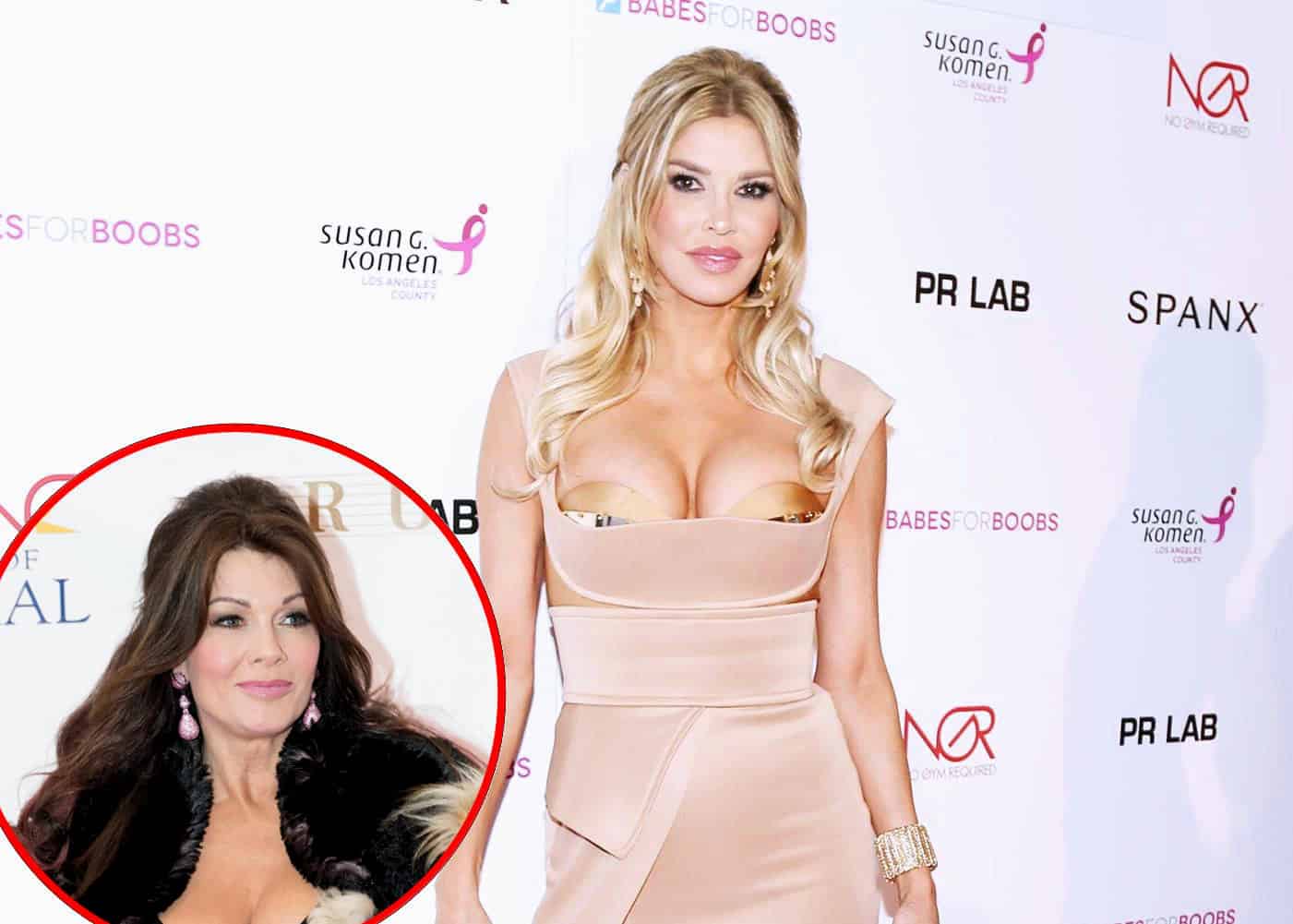 Is Brandi Glanville reprising her role on The Real Housewives of Beverly Hills amid Lisa Vanderpump‘s feud with the cast?

During a new interview, Brandi hinted she would be back on the show sooner rather than later.

“You have to watch, I think,” Brandi teased to Entertainment Tonight. “I think it starts airing in February. I would like to say for sure or not for sure, but it’s easier for me to just not get in trouble and say nothing!”

Brandi appeared on the show in a full-time role from season three to season five and appeared part-time on the show’s sixth season. Since then, she and Andy Cohen have been talking “often” about her potential return.

“I miss the trips and the camaraderie,” Brandi admitted. “You really don’t, as a grown woman, get the chance to go out with six of your girlfriends, go travel the world, and get f’d up and have a good time. You really are lucky to see — I’m lucky to see my friends every other week for a quick lunch or dinner, ‘cause I’m so busy, so you’re basically getting paid to have a party!”

Earlier this year, during a chat with Entertainment Tonight, Andy said he’d love to welcome Brandi back to the cast of The Real Housewives of Beverly Hills, but only if she was able to establish a genuine connection with the other women.

“I know what went down because I’m friends with Denise, so I kind of have an idea of what it is,” she revealed. “You know, I think that some of the girls are like 10 years younger, they’re doing their own thing — they’re jumping off cliffs, going to the Bahamas. I don’t picture Lisa ever doing that, you know?”

“But, at the same time, I think she’s such a huge part of the show,” she continued. “I can’t really imagine it without her, she… I don’t know. I don’t think she’ll ever quit. Everyone’s like, ‘Oh, she’s gonna quit!’ I really don’t think so.”

Although Brandi doesn’t believe Lisa will leave the show, she did admit that it’s often hard to expose certain relationships to the cameras.

“I’m an open book,” Brandi noted. “I think that it can be difficult, [relationships in the spotlight,] depending on what relationship, too. If it’s a family relationship, it’s hard; if it’s a romantic relationship, it can also be very difficult. You kind of almost have to pick one or the other.”

The Real Housewives of Beverly Hills season nine will premiere on Bravo TV sometime next year.