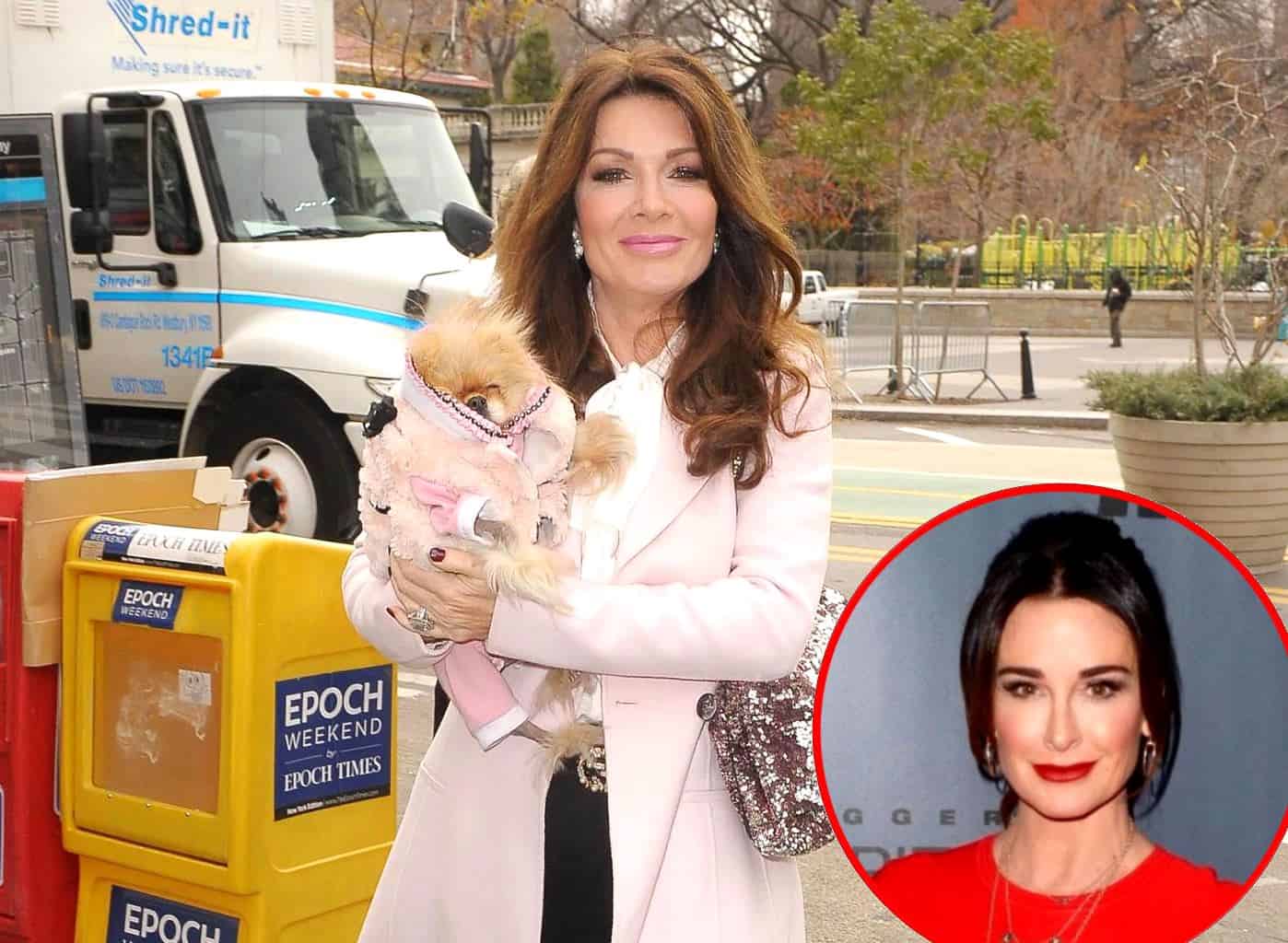 Lisa Vanderpump was confronted by photographers about the ongoing rumors of her alleged exit from The Real Housewives of Beverly Hills on Wednesday in Los Angeles.

Lisa first took to Twitter late yesterday to address the reports about her departure. She tweeted, “If you hear it from me…It has to be true. Until then,not so much.”

If you hear it from me…It has to be true.
Until then,not so much. pic.twitter.com/8KnLMwpI6z

Lisa then proceeded to confront the rumors head on when asked by paparazzi, denying that any decisions have been made in regard to her plans for a potential 10th season.

“Nothing is decided, 1,000 percent nothing is decided. But thank you for concern,” she told TMZ. “I think we should concentrate on things that are more important by now than being on the Housewives.”

According to Lisa, the ongoing fires in California and her animal rescue efforts are on top of her priority list, not The Real Housewives of Beverly Hills and her drama with her co-stars.

“There are so many more important things that are in the world right now, don’t you think?” she asked.

If Lisa does, in fact, decide to leave the show after filming on season nine wraps, she promised TMZ that she would be the first to announce it, not the media.

“If I do, it won’t be people supposing it. I will say something,” she said.

In other RHOBH news, Kyle Richards appears to be growing frustrated with fans of Lisa bombarding her social media pages with questions about Lisa’s whereabouts.

After sharing group photos of her castmates, sans Lisa, during their recent France vacation on her Instagram page this week, Kyle fired back at RHOBH fans who wanted to know why Lisa was absent from the trip.

“Where is LVP in all these photos, is she in the next season????” one fan asked Kyle.

“She’s with Teddi’s other leg,” Kyle responded on November 14.

When another fan asked the same question, Kyle snipped: “Ask her.” 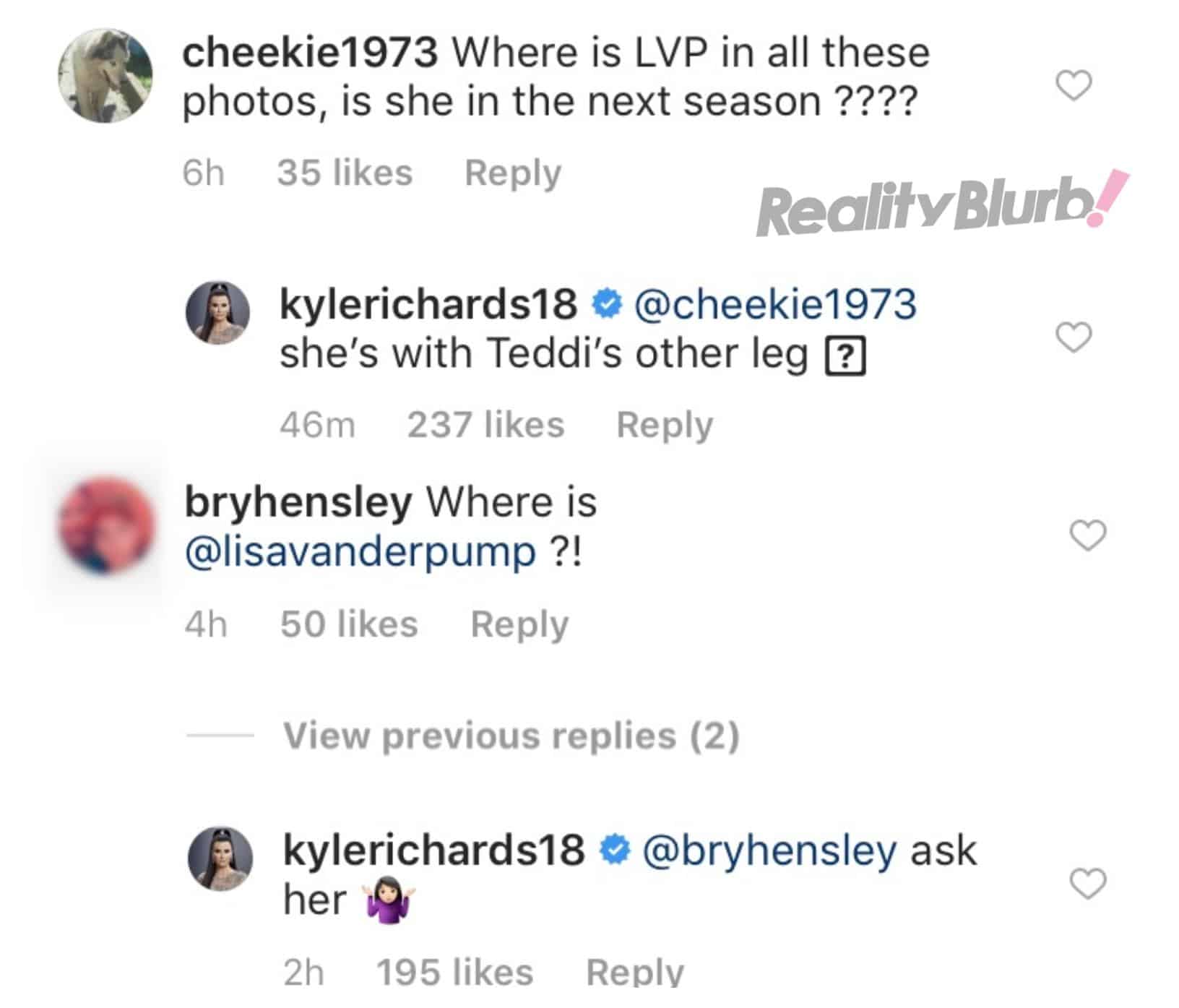 It didn’t end there as one more person accused Kyle of being “unkind” to Lisa, which Kyle denied.

“How was I unkind? Please explain….” Kyle responded. “Oh, never mind. You can’t. Because you don’t know anything about what is going on.” 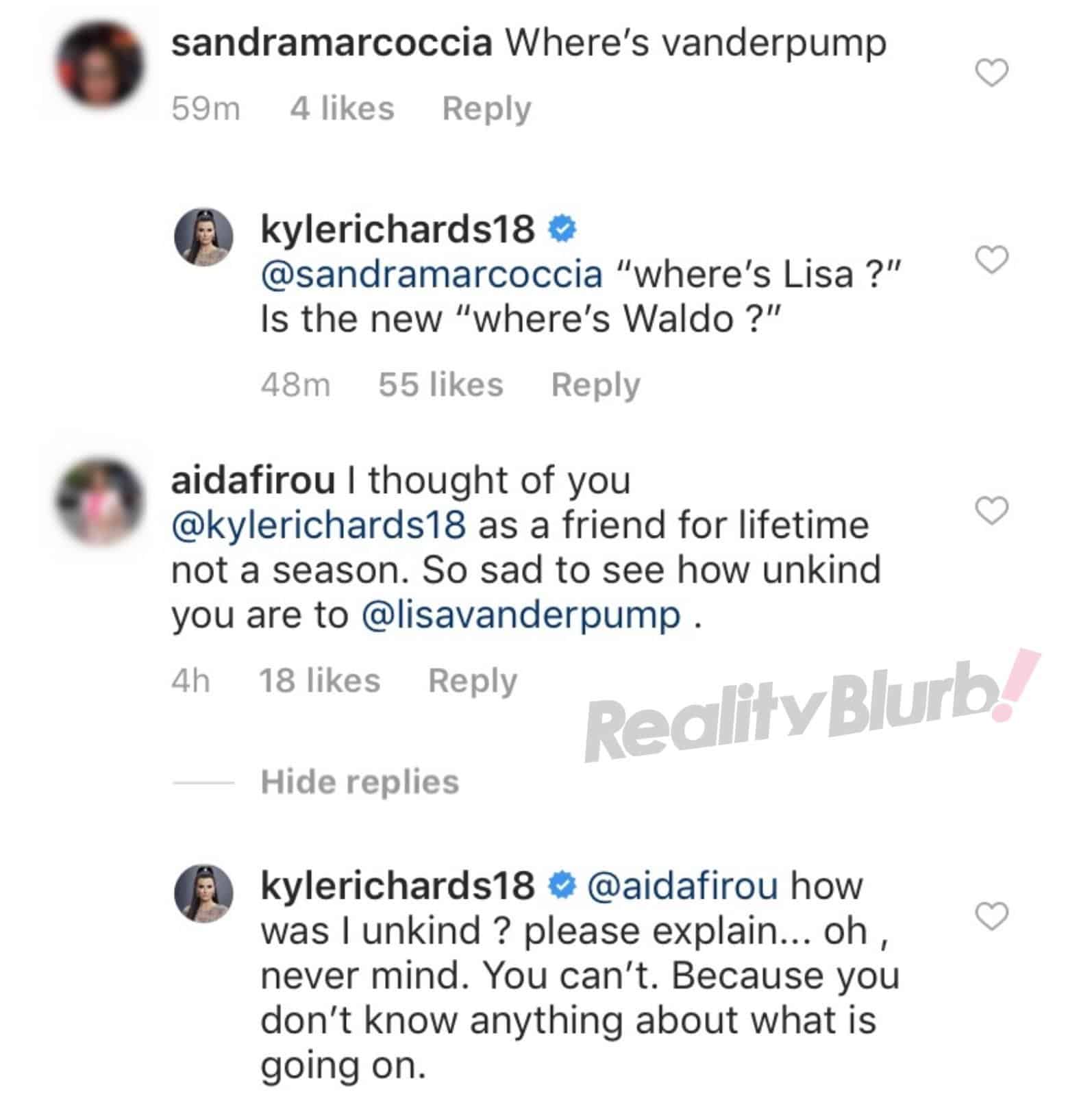 In a recent interview from last week, Kyle revealed she would like to reconcile her friendship with Lisa, while adding that it was Lisa’s choice to keep her distance from the cast.

The Real Housewives of Beverly Hills is expected to premiere on Bravo TV sometime next year.