Home Real Housewives of Orange County News Vicki Gunvalson Implies Kelly Dodd Got Engaged for a Storyline on the RHOC, Slams Her as “Irresponsible”

Vicki Gunvalson Implies Kelly Dodd Got Engaged for a Storyline on the RHOC, Slams Her as “Irresponsible” 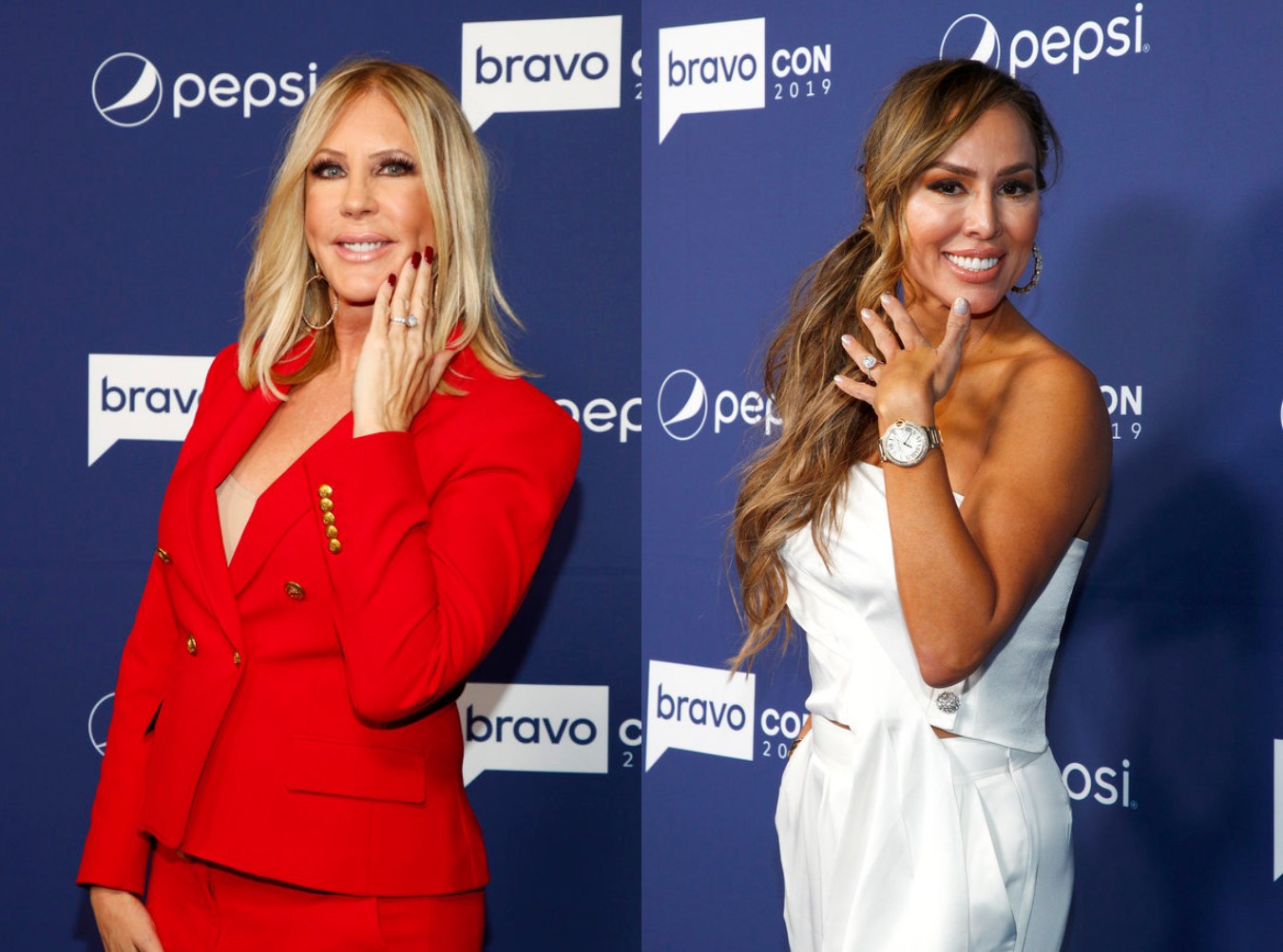 During an interview over the weekend at BravoCon, the Real Housewives of Orange County cast member suspected Kelly and Rick got engaged for a storyline for the RHOC season 15 before questioning Rick’s relationship with her 13-year-old daughter, Jolie, and slamming her co-star as “irresponsible.”

“Is it a story line?” Vicki asked Hollywood Life. “Is it because she has to be with him like, in a marriage situation, right away? She’d known him three months? I don’t understand that. What’s the rush? I mean, it’s a very responsible thing to do, to be married.”

According to Vicki, she doesn’t think Rick has spent much time with Jolie and said he may not have met her at all.

While Kelly and Rick got engaged after just months of dating, they are waiting until October 2020 to tie the knot.

“I don’t know anything,” Vick claimed. “Really, I’m handicap because I don’t understand it. I mean, she just started dating him. She already asked [ex] Brian [Reagan] last season if she could get married. She wants to be married, so did I, but we’re almost four years in.”

As for her own wedding plans with Steve Lodge, Vicki said she and Steve are planning for a year-long engagement.

“We’re married in our eyes just not in the eyes of God, yet,” she explained. “We haven’t done our vows or anything. We live together. We’ve lived together for two and a half years. There’s no red flags on my end, none on his end.”