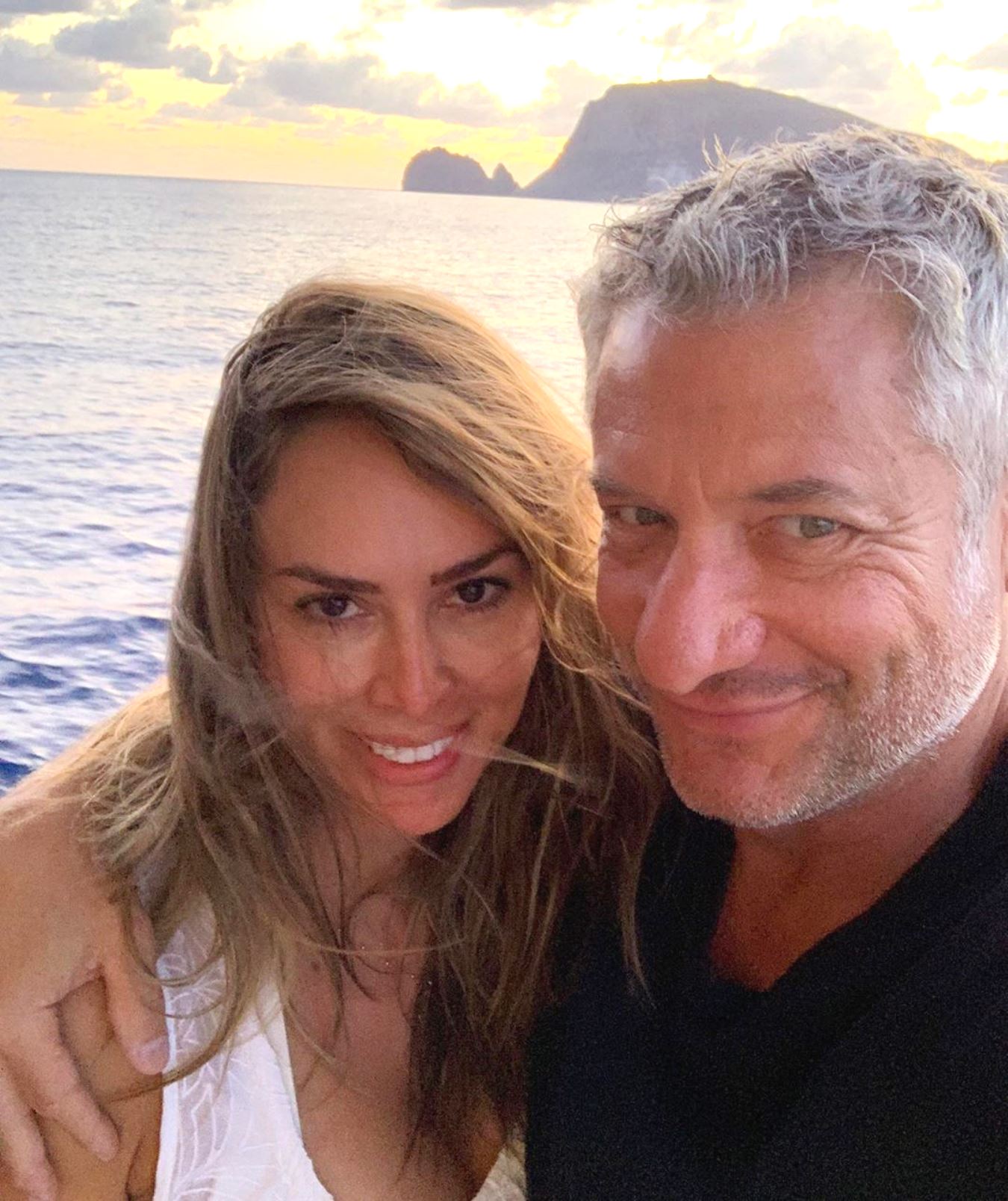 UPDATE: According to a report from Us Weekly dated September 11, Kelly and Rick are not engaged. The original story is below.

Kelly Dodd and her new boyfriend, Rick Leventhal, are going strong just weeks into their whirlwind romance, but are they also engaged and planning to wed?

In a couple of new social media posts, the Real Housewives of Orange County cast member has sparked rumors of a potential engagement to the Fox News correspondent while also taking aim at her former boyfriend, plastic surgeon Brian Reagan, who she split from earlier this summer.

While Kelly and Rick haven’t yet confirmed whether or not they are engaged, Kelly shockingly told a fan on Instagram this week that she and her man have already set a wedding date.

“Rick seems much better [than] the doctor. Normal and works for Fox. That’s a 10/10 perfect score for me,” a fan wrote to Kelly in the comments section of a photo of her and Rick. 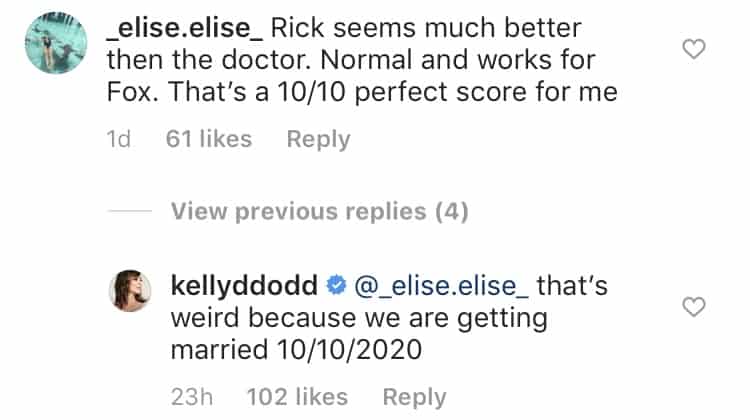 While it’s unclear if Kelly was being serious or simply joking about a possible wedding date, October 10 of next year does fall on a Saturday.

In another post to a fan, Kelly reacted to Rick’s impeccable style by slamming her ex, Dr. Brian.

“A perfect look! He’s got style and good fashion sense,” a fan told Kelly as she and her boyfriend posed together at a Louis Vuitton store in Italy.

“I know the doctor has none,” Kelly exclaimed.

Kelly went public with Rick just after confirming her latest split from Brian, who she dated on and off for about nine months. Then, just days later, Kelly shared a series of photos of her and Rick enjoying a trip to London, England.

“My Prince came across the pond to see me!! I am one lucky girl!!” Kelly wrote in the caption of one of her photos. Rick has also been sharing pics with Kelly on his Instagram as the new couple toured Europe together.

Speaking to People magazine about her new romance last month, Kelly said things between her and Rick, who she met earlier this summer in The Hamptons, were going well.

“It’s new, we haven’t even had sex. But he’s already treated me with more respect than Brian ever did,” she gushed.

RHOC Live Viewing – This is also a live viewing thread for tonight’s episode of the RHOC, so feel free to comment and chat below as the new episode airs at 9/8c on Bravo TV. A preview clip is below.