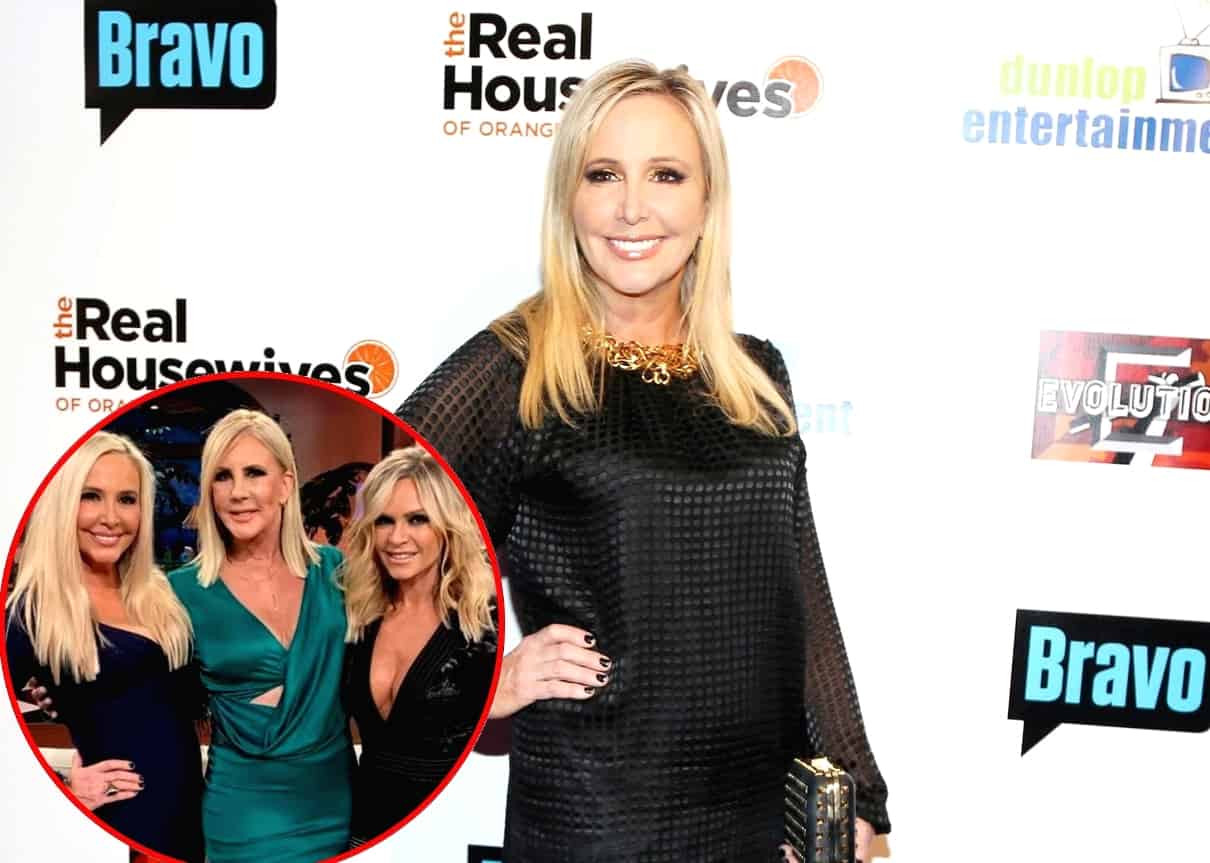 Is Shannon Beador headed for a new spinoff with her Real Housewives of Orange County co-stars, Tamra Judge and Vicki Gunavlson?

While promoting INNOVO, a wearable FDA-cleared device that treats the root cause of stress urinary incontinence, in New York City, Shannon spoke to Reality Blurb about the possibility before dishing on Vicki’s demotion and her close friendship with new cast member Braunwyn Windham-Burke.

In our interview with Shannon, she confirms there is a Tres Amigas show in the works… but it’s not exactly a spinoff.

“We’re talking about putting a tour together where we go out and kind of put on a show. Like, a really fun show,” Shannon explained of her “Tres Amigas” project. “Like, a little skit, maybe a little singing, a little dancing, a few audience interaction things and then a Q&A.”

Although Shannon confirmed Vicki is still an “integral part of this season” of RHOC, she said she was “absolutely” surprised that her longtime co-star was demoted from her full-time position before noting that Vicki was right in the midst of drama throughout season 14.

“It wouldn’t be the season… The main drama of the show wouldn’t be in existence if she weren’t on this show,” Shannon explained.

As for a potential return to her position on season 15, Shannon said she was “hopeful” that Vicki’s full-time role would be reinstated next year.

In the past, Shannon has been known to keep her distance from new cast members but RHOC season 14 was a “very different” year as she and her co-stars were joined by Braunwyn.

“We instantly connected and I see her all the time off-camera,” Shannon revealed. “She’s very open and she’s authentic and she’s fun. Sometimes you just feel a connection with the person and I did right away.”

Although Shannon connected with Braunwyn on a lot of levels, she said there is one big difference between her and the mother of seven.

“One thing I don’t have in common with her is patience because I could not [parent seven children]. No way!” Shannon laughed.