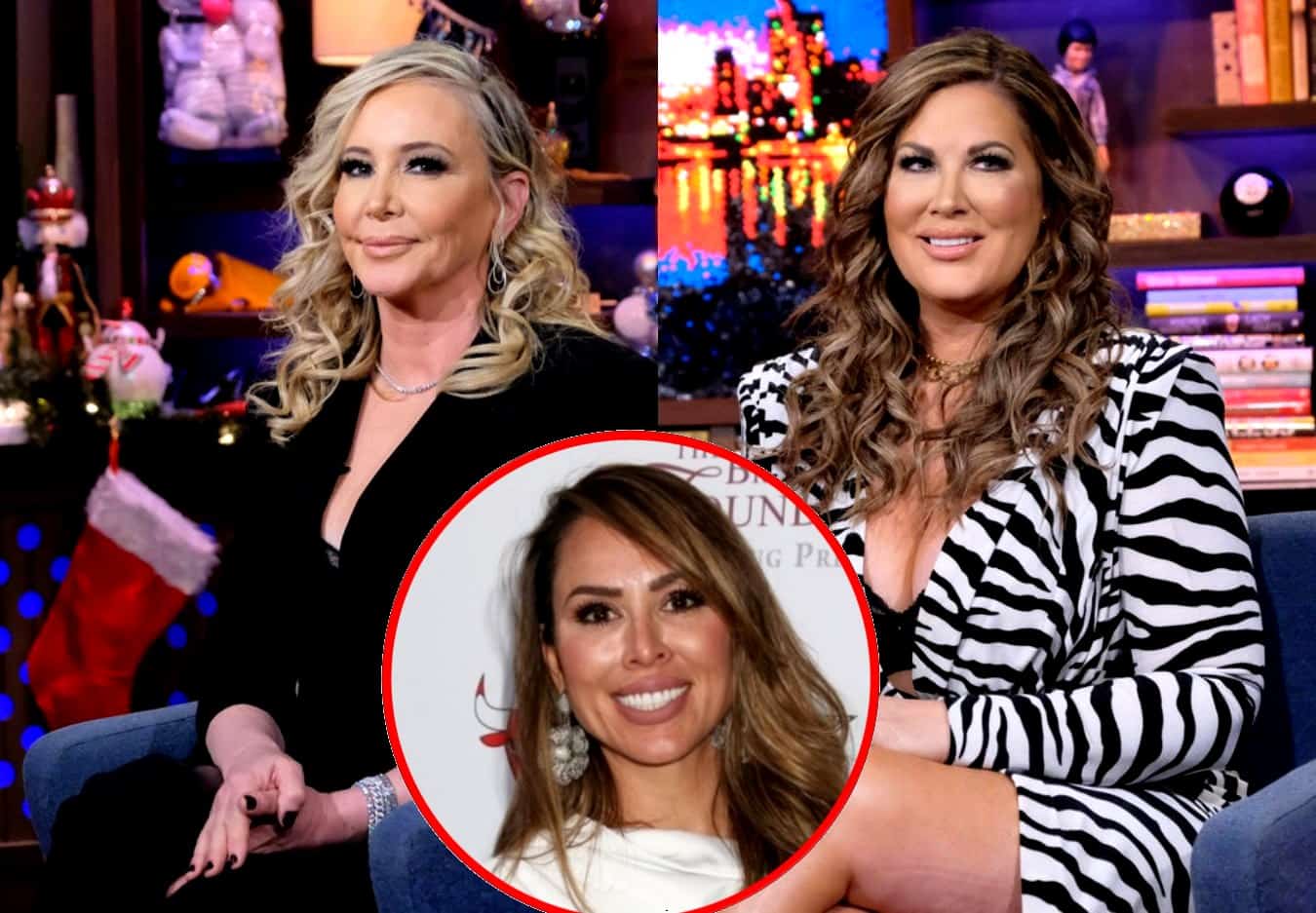 Shannon Beador called out Emily Simpson regarding her law degree and was quickly met with backlash from her Real Housewives of Orange County co-star on Twitter.

During last night’s episode of Watch What Happens Live, host Andy Cohen read a question from Kelly Dodd to Shannon in which Kelly claimed Tamra Judge had banned Shannon from being friends with her. In her response to Kelly, Shannon also decided to take a shot at Emily’s legal career by suggesting Emily hadn’t attended an accredited law school.

“I do what I do. I’m a very intelligent person. I went to law school when it was accredited, Emily. Just saying,” Shannon responded. “I’m a smart person. Nobody tells me what to do and I’m not afraid of anyone.”

After seeing what Shannon had said, Emily fought back with a series of Twitter posts, confirming that she did graduate from an accredited law school and has passed not one, but two bar exams, one in California and one in Utah.

“The law school I GRADUATED from IS accredited and I passed TWO Bar Exams the first time, Shannon. You’re a law school drop out. But thanks for playing,” Emily explained.

“… and you can’t speak Spanish either,” she added.

… and you can’t speak Spanish either

Amid the WWHL episode, Kelly got in on the action as well by sending a tweet to Shannon about her time in law school.

“You went to law school? Did you graduated law school?? You told me you didn’t,” Kelly wrote.

“She’s a drop out. Just [because] you PAY a lot of money to lawyers, doesn’t make you one,” Emily added, giving a nod to Shannon’s $1 million  legal dispute with Jim Bellino.

She’s a drop out. Just bc you PAY a lot of money to lawyers, doesn’t make you one

In addition to calling out Shannon for dropping out of law school with Emily, Kelly also poked fun at the “Tres Amigas” by naming her and Emily the “Dos Amigas.”