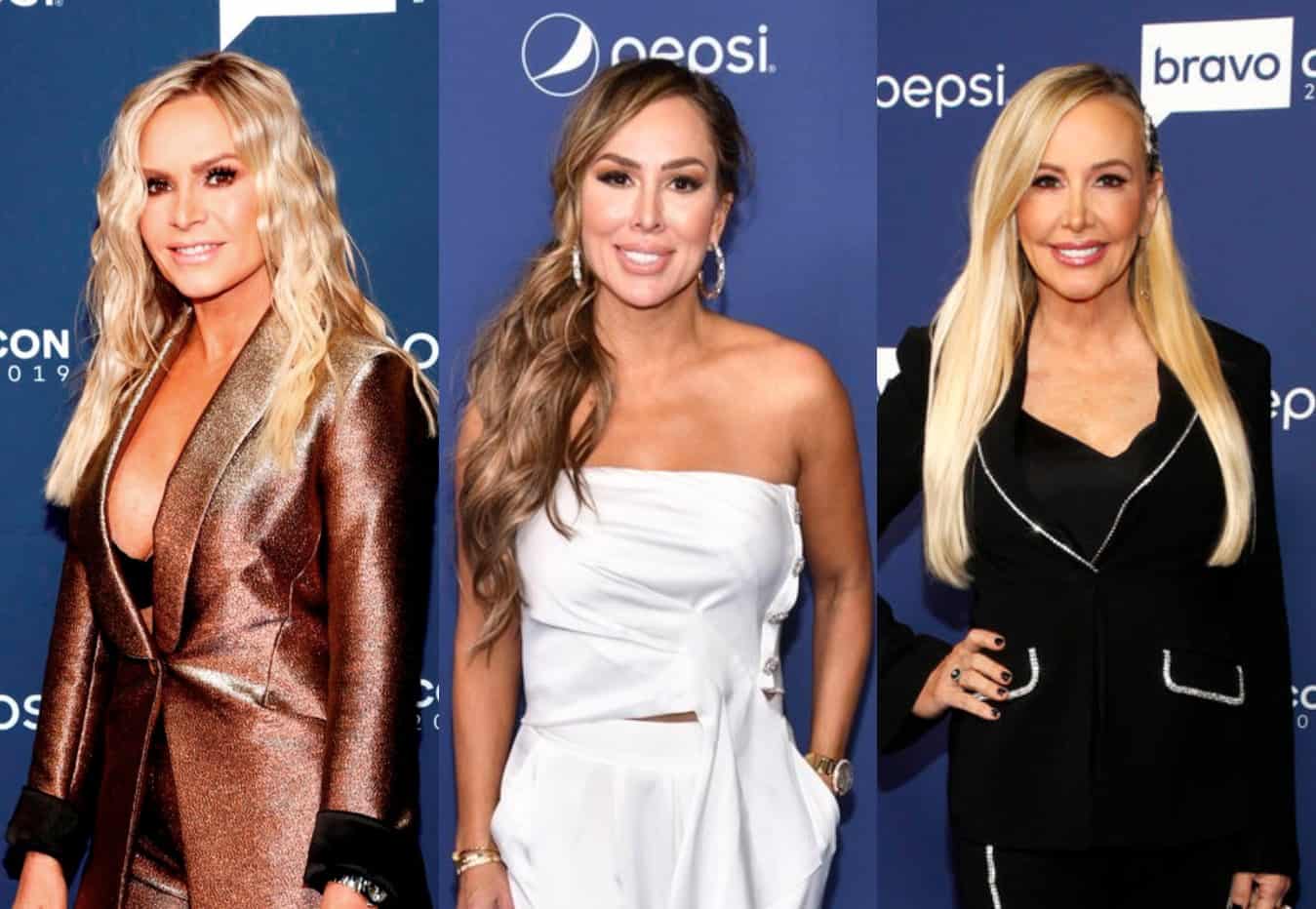 Kelly Dodd is convinced that Tamra Judge banned Shannon Beador for being her friend.

Amid last night’s episode of The Real Housewives of Orange County, which featured Tamra melting down over a $300,000 legal bill she received during Jim Bellino‘s defamation lawsuit against her, and the new episode of Watch What Happens Live, Kelly took to Twitter to suggest Tamra had instructed Shannon to abandon their friendship as Tamra and Shannon looked back on Kelly’s efforts to get involved in Jim’s case.

“Hey [Andy Cohen] ask [Shannon] if she truly believes her own mental gymnastics she uses to justify things or if she’s just too embarrassed to admit she stopped being friends with me because that’s what Tamra instructed her to do? (Per usual) – you all look amazing!” Kelly tweeted. 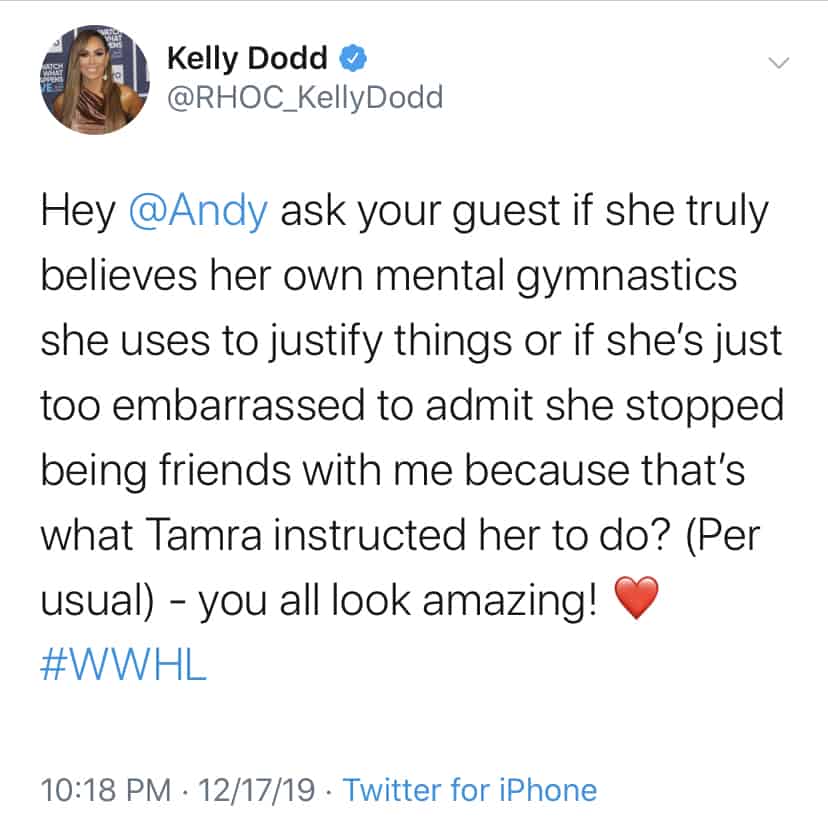 Andy did indeed read out Kelly’s tweet to Shannon during the live WWHL show last night and Shannon responded!

“I do what I do. I’m a very intelligent person,” said Shannon. “I’m a smart person. Nobody tells me what to do and I’m not afraid of anyone. And we’re done with the mental accusations about me. She calls me a psychopath or something at the reunion. Let’s look at whose switch gets switched all the time. Just saying.”

Kelly also looked back on last night’s RHOC finale episode and admitted to her fans and followers that she was surprised by Tamra’s behavior.

“I went into this event on good terms with T*mra and we had agreed to move on and start fresh so this all caught me really off guard… even though it shouldn’t have,” she explained.

I went into this event on good terms with T*mra and we had agreed to move on and start fresh so this all caught me really off guard… even though it shouldn’t have. #RHOC

Kelly then said that as Tamra and Shannon focused their attention on her throughout Vicki Gunvalson and Steve Lodge‘s engagement party, their partners, including Eddie Judge and Shannon’s date, Duff Evans, were completely neglected.

“Those poor men were so neglected and lonely with their women all focused on me on the whole time,” Kelly stated.

During the RHOC: After Show, Tamra and Shannon dished on their finale confrontations with Kelly in regard to her communication with Jim and explained why they are no longer friends with her.

“At the finale, I finally had a chance to come up to Kelly and say, ‘Do you think it was right for you to immerse yourself into my personal business that you know has been emotionally and financially devastating on me,’ and her answer was, ‘Yes. You are a liar.’ And that’s when I said, ‘I’m done,'” Shannon explained.

“It’s just one of those things… It’s financially devastating and you know, you try and put it out of your mind and you try not to worry about tomorrow…When I got the bill, and knowing that Kelly, when Kelly walked in, it was just hard for me to even look at her,” Tamra recalled. “It’s just the ultimate betrayal.”