RHOC’s Emily Simpson Reveals Shannon Beador Blocked Her and Snubbed Her In Public, Says Shane Refused to Film After Fight With Kelly Dodd 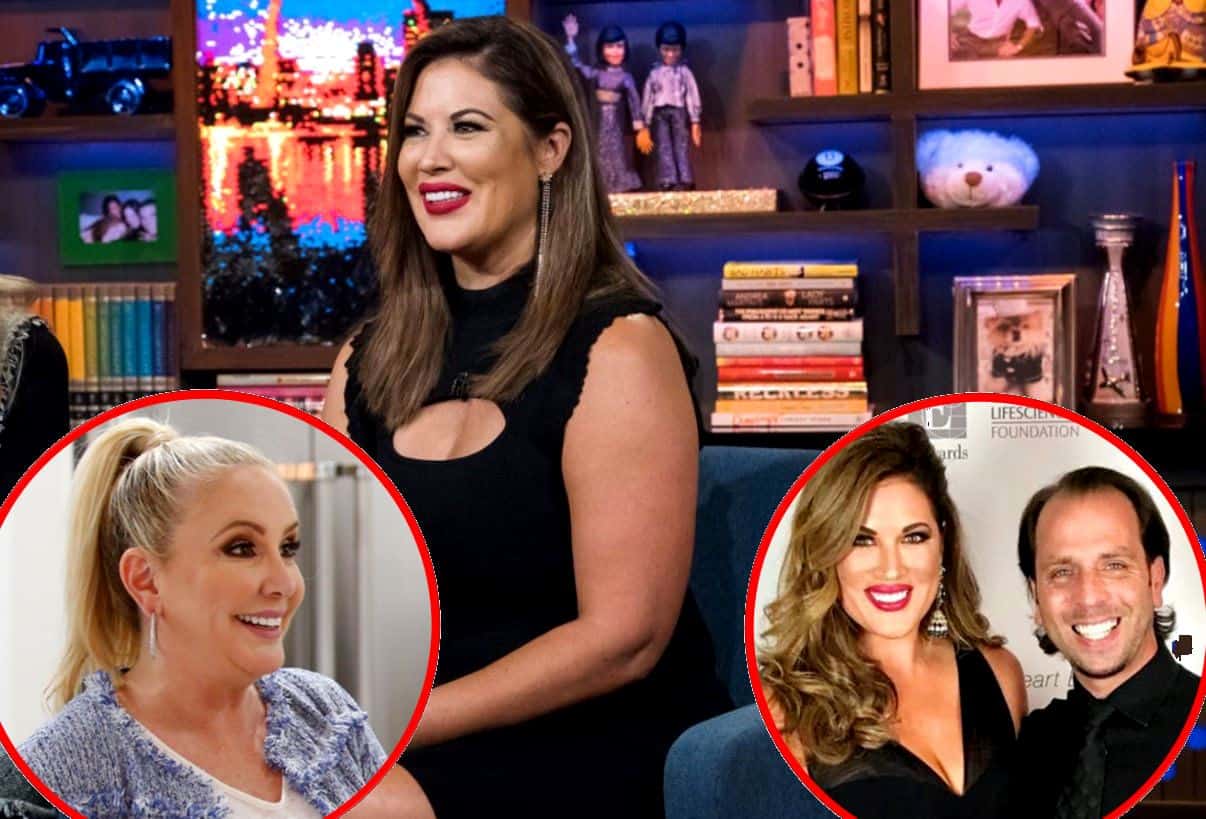 Emily Simpson and Shannon Beador didn’t hit it off during filming on The Real Housewives of Orange County season 13 and according to Emily, things haven’t improved since filming wrapped.

During a new interview, Emily revealed Shannon, who is “not good with change,” is attempting to act as if she and her fellow newbie, Gina Kirschenheiter, don’t exist.

“If you thought it was bad through filming, now she’s blocked me [on social media]!” Emily revealed to TooFab on October 10.

“Maybe she hears things I’ve supposedly said? Maybe she sees Gina in a confessional call her an asshole, so she just gets mad again? I don’t know,” Emily said. “I mean, I try not to take those confessionals seriously. I mean, I do to an extent because I need to know what people are saying and be able to address it.”

Shannon is even refusing to acknowledge Emily and Gina in public.

As Emily explained, she and Gina were recently enjoying a meal at The Quiet Woman in Orange County, a favorite of the RHOC cast, and when they ran into Shannon, she completely snubbed them.

“She saw us and flipped out and ran away,” Emily said. “We were standing there, and she walked in the door, and I saw her. So I smiled and waved because that’s what I do when I see someone I know. You should’ve seen her face! It was like she saw — I don’t know — something that scared the crap out of her. She turned, she ran, she didn’t wanna be anywhere near us. Her friends had to come over and apologize and say, ‘Sorry she acted like that.’ I don’t understand it. It’s very immature behavior, but that’s on her.”

Also during the interview, Emily revealed why her husband, Shane Simpson, refused to appear on camera for three weeks during filming.

During an episode of The Real Housewives of Orange County last month, Kelly Dodd was seen confronting Steve Lodge, the boyfriend of Vicki Gunvalson, about comments he made about her divorce. However, after Steve refused to engage in the conversation, Kelly began spewing insults at Shane, labeling him a “little b***h,” a “twerp,” and a “loser.”

“The only thing I regret is my choice of words,” Emily reflected.

As for Shane’s decision to stay off camera, Emily said, “I couldn’t blame him! He was like, ‘Why would I do this? Why would I subject myself to this?’ So it took a while because he was like, ‘I’m done.'”

Now that the 13th season has reached its midway point, the ladies are preparing to reunite to film the reunion special and as they do, Emily is filling a binder with notes and printouts of her co-stars’ blogs, especially those of Tamra Judge, who she claims completely surprised her by speaking ill of her marriage to Shane.

“I was really surprised at how quickly Tamra brought up my marriage and that my husband was controlling,” Emily told TooFab. “I just felt like it was a huge leap. I left early to take care of my kids, and all of a sudden, my husband’s controlling? I didn’t know that conversation had taken place. I knew that Shannon had said something, but I didn’t know that Tamra had.”

TELL US – IS SHANNON BEING A ‘MEAN GIRL’ TO THE NEWBIES? OR JUST SLOW TO WARM UP TO THEM?