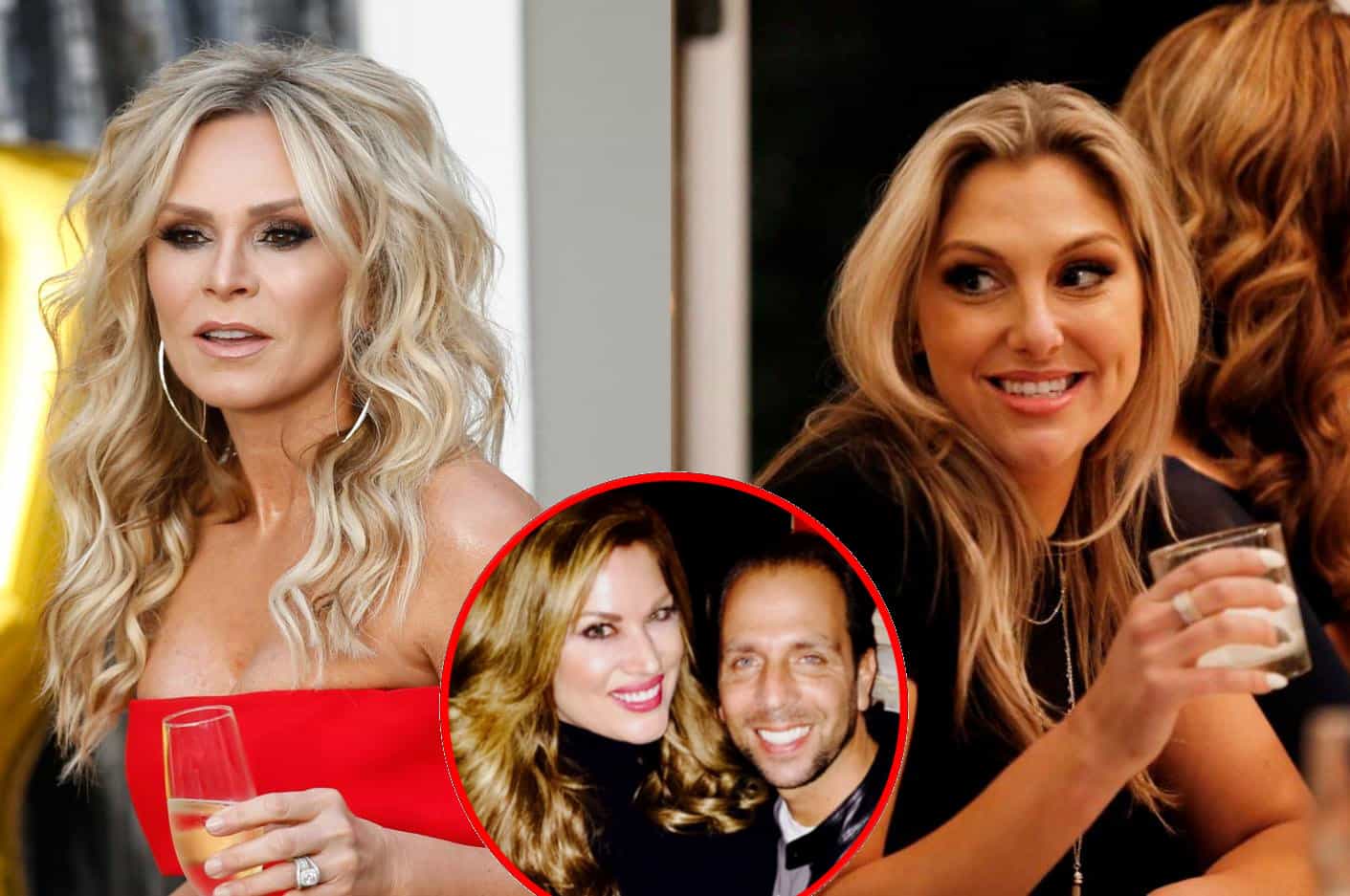 The ladies of The Real Housewives of Orange County certainly know how to bring the drama, but this season, the usual tea spilling and back stabbing has been eclipsed by new comer Emily Simpson’s husband, Shane Simpson. First, he kicked Gina out of his home during a poker party, and then he got into a shouting match with Kelly Dodd on the latest episode of the RHOC.

Following the party drama, Tamra Judge and Gina Kirschenheiter took to their Bravo blogs this week to share their impressions of their co-star’s hubby, and needless to say, it wasn’t good.

In her blog, Gina revealed she was actually looking forward to meeting Shane at Eddie’s birthday party following their earlier conflict, but adds that she was ‘disappointed’ to see how cold he was to her.

“I was anxious about meeting Shane for the first time,” Gina explained. “I find comfort with humor in uncomfortable situations. It didn’t quite go as planned.  I was taken aback when I tried to laugh it off and give him a hug and he told me I should calm down dryly.  It was disappointing to me.  I feel like it was a clear message that he wasn’t into being all ha ha about it, and so I avoided him the rest of the night.”

Tamra seemed to echo Gina’s sentiments in her own blog post as she first called out Shane for loving drama!

“I’m not a fan of men getting in the middle of drama. But Shane sure seems to love the drama!” Tamra wrote.  “I think by Shane getting involved and telling Kelly that she was drunk was out of line. JUST STAY OUT OF IT, SHANE.”

“The drama” Tamra mentioned had nothing to do with Shane, but he couldn’t seem to help himself from diving right in. Kelly, easily the most outspoken member of the cast had no problem telling Shane to stay in his lane, leading to the “little b***h,” comment heard ’round the world. Enter Emily, who was quick to defend her husband.  Of course “defend” is putting it mildly, considering that Emily literally threatened to end Kelly’s life!

“I get that Emily was upset that Kelly called her husband a little b***h.  But that was extreme anger and strong words for an attorney/party planner to throw around,” Tamra added.

“Anyone else find it odd that Shane stood behind his wife and kept making rude comments as SHE fought for him?” Tamra asked pointedly.

Gina was however a little more diplomatic, stating that everyone involved could have behaved better.

“It was a bad display of behavior by everyone involved,” Gina wrote. “I was shocked that it reached the level that it did.  It was unfortunate.”

Yeah, it was definitely “unfortunate,” and don’t think for one second that it’s over! You can continue to keep up with Shane and the rest of the ladies every Monday night at 9/8c.