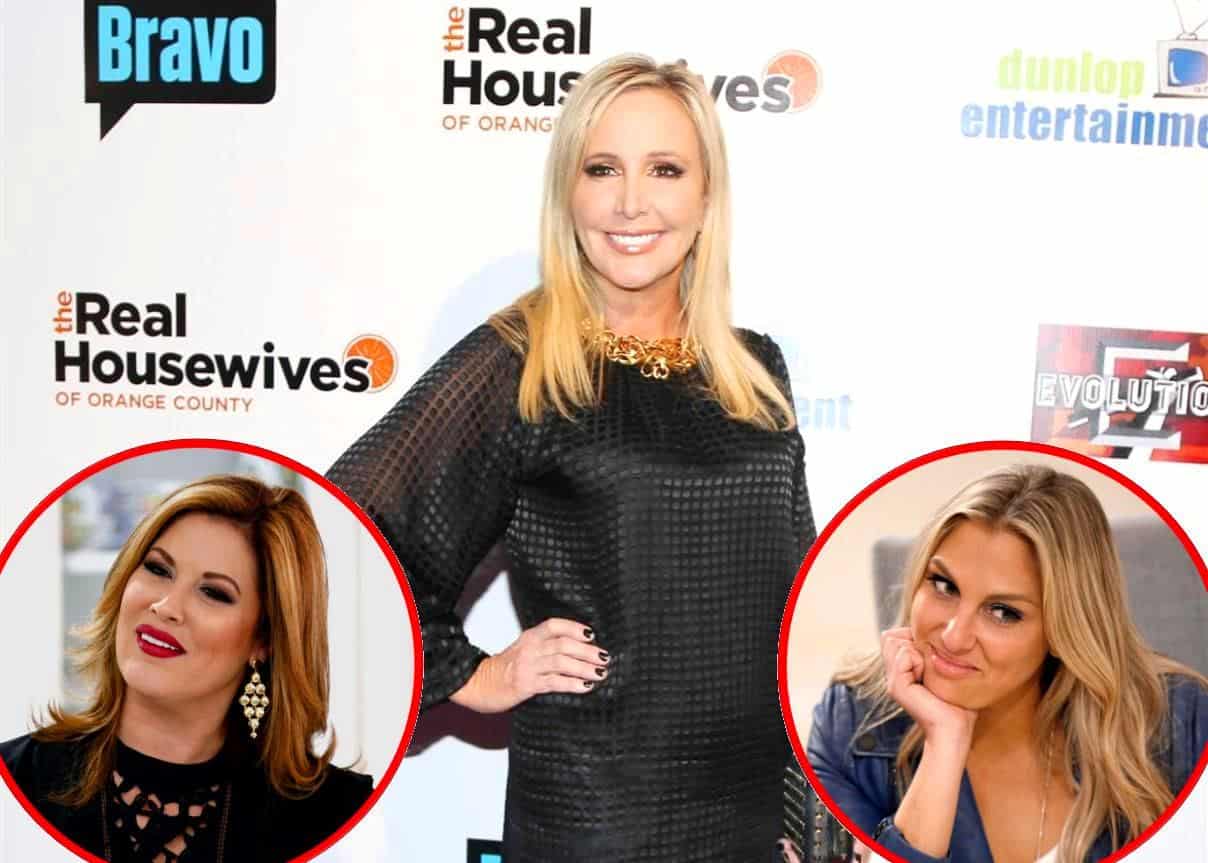 Midway through the 13th season of The Real Housewives of Orange County, Shannon opened up about Emily and Gina and accused one of them of plotting their addition to the Bravo TV reality show “for multiple years.”

“There’s one girl that’s new — that I’ll leave for you to guess [who I’m talking about] — my God, I feel like everything [she does] is manipulated,” Shannon told AOL during an interview on October 8. “She’s tried to be on the show for multiple years.”

Although Shannon didn’t say which of the new ladies she was referring to, it was believed to be Emily, who Shannon said will soon be heard making “unconscionable and unethical” allegations about her on the show.

While the episodes of the show were shot several months ago, the ladies will soon reunite for filming on the season 13 reunion special and when they do, Shannon plans to confront Emily about the statements she made.

“I’d like to address what apparently I will be seeing [later in the season],” she said. “The labels that Emily Simpson has made on me … I just think she’s out of line. I didn’t threaten to kill someone at a party. If you’re going to start questioning my mental capacity, then I’ll throw it right back at ya, gal.”

As for Gina, who recently said she and Shannon have “no relationship,” Shannon agreed, calling her co-star’s statement “quite accurate.”

“I will admit — because I will own my part — that I don’t like change,” Shannon said. “When two new girls come in and they’re almost half my age, it’s like, okay… We don’t have that much in common, so you get to a point where you have to prioritize. I have a business, I have three kids on my own and I’m going through things that are taking up my time, so should I put those aside so I can spend time with a 32-year-old?”

“I think that if you look back, the new girls come after me,” she continued, citing Lydia McLaughlin and Kelly Dodd.

“With Kelly Dodd it was like, ‘Hi, how are you?’ and then bam: ‘No wonder your husband cheated on you,’ ‘Eat up!’ I could go on, but we actually are friends now, so we’ll sometimes be out together and be like, ‘We should reenact this stuff!’” Shannon recalled.

Moving forward, Shannon hopes co-star Vicki Gunvalson, who she reconciled with at the end of last year after a couple of seasons of tension, can channel the old Vicki and put their new co-stars in their place.

“I said to her, ‘Where’s the old Vicki, who was a little harder on those new girls? Don’t pass that to me!'” she said.. “She has her own opinions on the new girls, too, and she’s in agreement with me on most of it.”