Vicki Gunvalson Talks RHOC Season 13 Feud With Kelly Dodd, the ‘New Blood’ of the Show, Doing DWTS and Her Potential Future In Politics 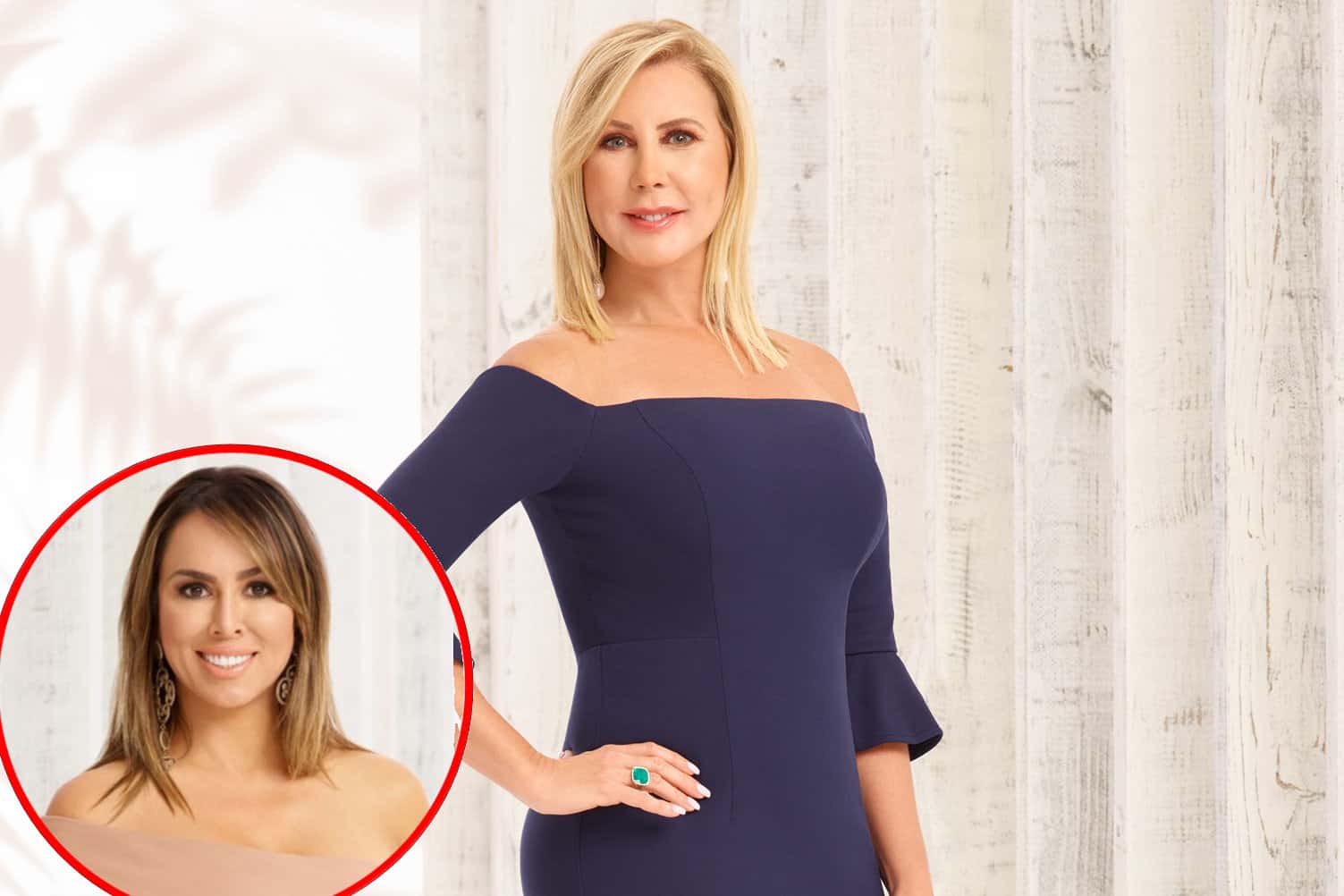 Vicki Gunvalson is returning for season 13 of The Real Housewives of Orange County next month and on Monday, on the heels of the release of the dramatic trailer, she appeared on The Domenick Nati Show and addressed a number of hot topics.

In addition to speaking of her feud with Kelly Dodd and admitting that she doesn’t always like filming with new cast members, Vicki teased of an upcoming appearance on Dancing With the Stars and a potential foray into politics.

“It got worked out. You’ll see this season,” Vicki said of her on-screen tension with Kelly. “She definitely got her feelings hurt and I had no idea her feelings were going to get hurt. But, you’ll see what happened and I think we’re going to be, probably split divided on the audience on who’s side you are on.”

In the trailer for season 13, Kelly lashed out at Vicki for going on a date with her ex-husband, Michael Dodd, and his new girlfriend as Vicki insisted she did nothing to betray her friend.

Also in the trailer for the new season, the audience was introduced to not one, but two new cast members.

“They are going to be regulars. It was just announced today,” Vicki confirmed of Gina Kirschenheiter and Emily Moore Simpson.

While Vicki didn’t reveal any specific incidents between her and her new co-stars, she did admit that it isn’t always fun to start filming with new people and suggested that new cast members aren’t always the most genuine.

“The issue is, when you are in season 13 like I am, of course they are going to do whatever they can to make a name for themselves because they want to stay on,” she noted. “When I started this, there was no trying to prove anything to anybody. We were just being ourselves.”

“A lot of us don’t really like filming with new girls but it’s good to have new blood and new stories and new lives,” she added. “Even though I’m 56, I still want to whoop it up and we whooped it up a lot this season so it’s going to be good.”

“You’re going to just see normal girl stuff,” Vicki continued. “Everyone gets her feelings hurt and we all have issues but for the most part, we ended up on a great season, everybody’s friends and that’s the most important thing.”

As for Vicki’s future, the longtime reality star (who just so happens to be the longest running Real Housewife of all time) spoke to Domenick Nati about a potential appearance on Dancing With the Stars, explaining that while the show has approached her numerous times, they haven’t been able to work out their schedules quite yet.

“I have considered. Actually, they’ve reached out to me for the last four years and their conflict schedule didn’t work with mine filming. I dance like crap. So, I just want to get on so I can learn to dance better,” she joked.

Vicki then said she’s “absolutely” considered getting into politics but wouldn’t say whether or not she voted for the current president, Donald Trump.

“I have respect for our president. That’s the most important thing. We have to embrace who is leading our country,” she said.

“I could run the world a lot better than anybody else but I have a little side job, Coto Insurance, and my reality TV show,” she went on. “I’m dating a politician [Steve Lodge]. So, it’s always fun to give him my viewpoint.”

The Real Housewives of Orange County season 13 premieres on July 16 at 9 p.m. on Bravo TV.