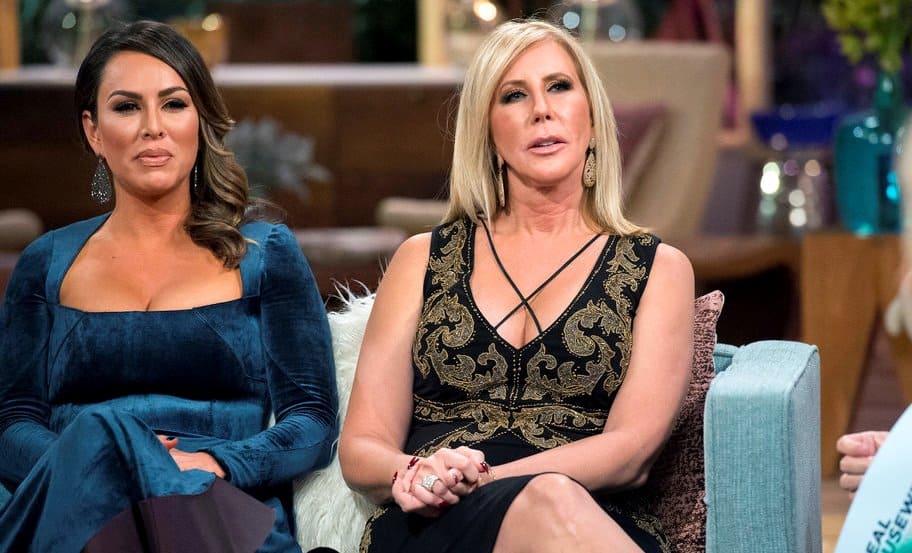 The you know what hit the fan yesterday when Real Housewives of Orange County star Kelly Dodd lashed out at her castmate and former BFF Vicki Gunvalson.

Kelly called Vicki a “pig” and a “disloyal b*tch” due to the reports that Vicki set up her then estranged husband Michael Dodd up with his new girlfriend. However, Vicki’s boyfriend Steve Lodge has since claimed that he, and not Vicki, was the one who introduced Michael to his new woman.

Fast forward to today and Vicki is now responding to Kelly’s diss.

Kelly tweeted yesterday, “Steve Lodge is a douche bag along with his pig of a GF!!” She deleted the tweet shortly after.

When a user alerted Vicki about Kelly being pissed about the reports, Vicki responded under an Instagram post by writing: “She should talk to her husband …. and not be upset with me. They are divorced and have both moved on. Everyone just needs to be happy.” 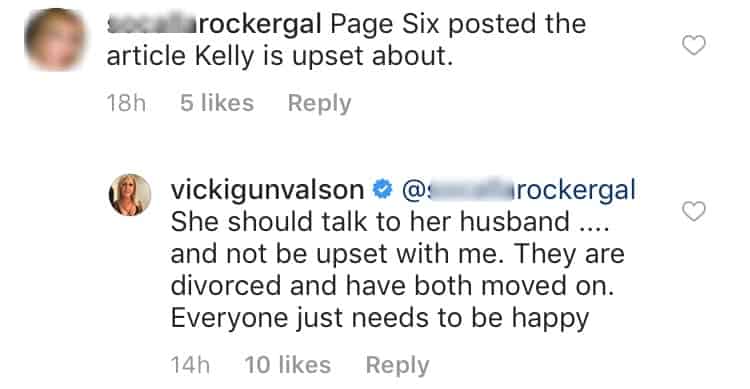 Indeed they are now divorced. Kelly, 42, took to her Twitter page yesterday to announce her divorce from Michael has been finalized.

She tweeted, “My divorce is final today!! Over the moon happy!”

My divorce is final today!! Over the moon happy!

As we have previously reported, filming started on the new season of the RHOC a little over two weeks ago. Safe to say there will be an abundance of drama coming our way.

TELL US – THOUGHTS ON VICKI’S RESPONSE TO KELLY?