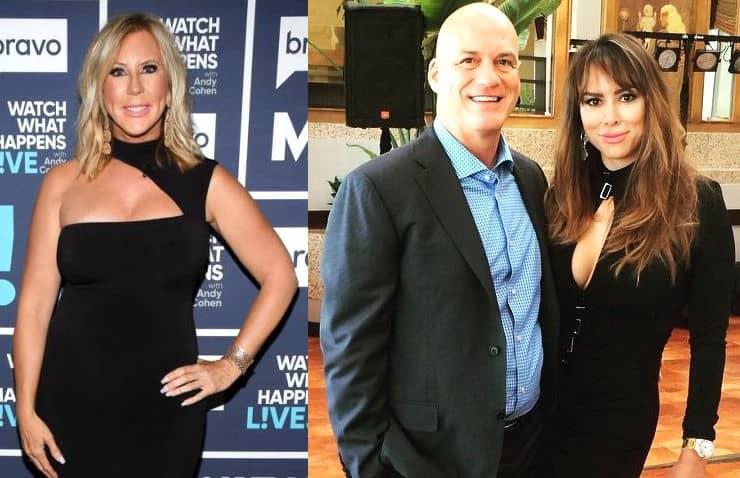 It’s only been two weeks since filming started on the new season of the Real Housewives of Orange County and apparently things are already getting messy.

A new report today is indicating there might be a rift in Vicki Gunvalson and Kelly Dodd’s friendship after Vicki set up Kelly’s estranged husband Micheal Dodd with a friend of hers.

Even more, this woman has hit it off with Micheal and Kelly doesn’t know a thing about it (she probably does now!). But it doesn’t end there as this woman is also described as once being friends with Kelly.

Page Six reports it all began when Vicki, 55, took a Las Vegas vacation with a female friend, and during the vacation she decided to facetime her boyfriend Steve Lodge.  Steve just happened to be hanging out with Kelly’s ex Michael at the time as they have both become good friends.

During that video call, Michael saw Vicki’s friend and as they say, the rest is history. Once Vicki returned from Vegas, she organized a dinner party and invited both her friend and Michael. Michael and that woman hit it off and have reportedly been dating since last December.

“They really hit it off because they both have awful exes,” an insider revealed.

However Vicki is now reportedly nervous about how Kelly will react to this news.  “Vicki’s scared too because she has to film with Kelly,” said the insider who adds that Michael’s new girlfriend wants nothing to do with reality TV and reportedly turned down a previous opportunity to be on the Real Housewives of Beverly Hills.

The source also insists that Michael is not the way Kelly portrays him on the RHOC.

“He’s not how he comes off on the show,” the insider stated. “He’s a great dad. He’s trying to work on two startups but [Kelly is] trying to portray him as a househusband. He’s such a gentleman. He’s a brilliant guy.”

And while “Kelly has no idea” that Michael is dating again, Vicki did tell Bravo about Michael’s new relationship. Yikes.

Somewhere I imagine the RHOC producers are high-fiving each other for this excellent story-line that will be sure to play out on the show next season. One also has to wonder about the status of Vicki and Kelly’s relationship as they have been hanging out much less since Kelly’s divorce announcement last September.

TELL US – IS VICKI BREAKING GIRL CODE? HOW DO YOU THINK KELLY WILL REACT?