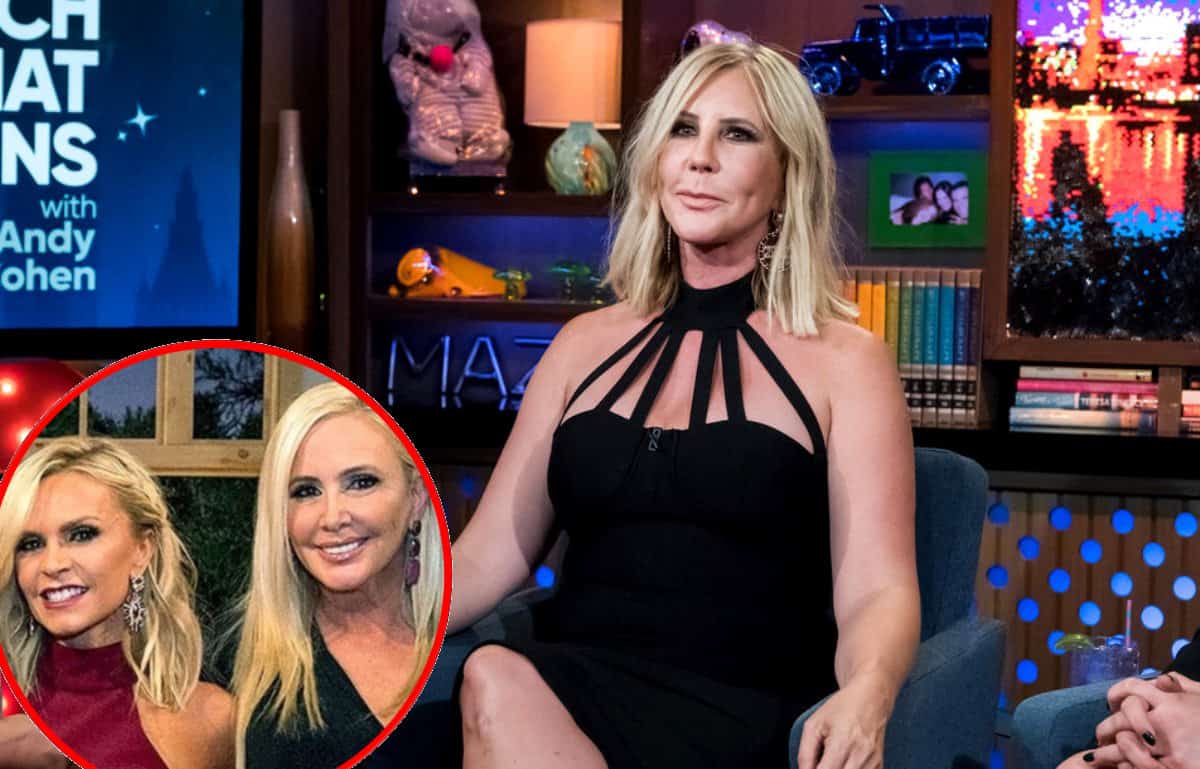 The Real Housewives of Orange County star Vicki Gunvalson is still the queen of “whooping it up” as some things never change! But lately, she’s been concentrating on matters closer to home.

During a recent interview with Bravo’s Daily Dish Podcast, she first discussed finally being in a successful relationship with boyfriend, Steve Lodge, and said that while he wasn’t always comfortable in the spotlight, he’s strong enough to be the man behind The OG from the OC.

“When Steve asked me out to lunch about two and half years ago, we met at a Boys and Girls Club, he didn’t know I was on a reality show, and then somebody asked us when we were at lunch if they could take our picture, and Steve’s like, ‘Why? Do you know that person?’…and I said, ‘I’m on a little reality show,” she explained. “It’s not a normal life so you have to be with a really strong man, which I am.”

Vicki’s relationships have always faced plenty of scrutiny from both the public and her castmates, and this one is no different.  During last Monday’s episode, both Shannon Beador and Tamra Judge said they had doubts about the validity of Vicki’s feelings for Steve, and reminded her of her track record of falling for the wrong guy…aka Brooks Ayers!

Although, both women have recently backtracked on those comments, Vicki says she’s happy, and other people’s opinions no longer interest her.

“Well, they didn’t know, because we had never gone out with them. Steve is very private; he really doesn’t trust the TV as being a good (indicator) of who you are, so they had never really met Steve,” Vicki pointed out.  “They both said they clarified it in their blog, but the truth is, they didn’t know Steve.  I was keeping him away and I still am.”

She added, “There’s no point in having them have an opinion because their opinion, quite frankly, doesn’t matter to me. What matters to me is me, my happiness, our children, our grandchildren, our life that we’re building together, that’s what matters to me. I don’t really care what other people think anymore.”

Vicki also opened up about her daughter Briana Culberson’s health crisis, with a stunning revelation that Briana almost had to have her leg amputated due to lupus.

As we learned last season, Briana suffers from lupus, and has endured many complications from the disease, but Vicki revealed that behind the scenes, things were much worse than they were letting on.

“We almost lost her a couple years ago. That was one of the biggest fears I had in my life while I was filming; it’s my ‘Oh, my God’ moment. And she was super, super sick; got a very, very bad infectious disease from the hospital,” Vicki revealed.  “They almost amputated her leg–she was extremely sick. Put her in City of Hope (National Medical Center) and she was there in isolation for a month.  The viewers don’t know but we can share it now ’cause she survived it. But it was horrible.”

As we reported last month, we won’t be seeing Briana and her family this season, as they’ve recently relocated to North Carolina. Briana, an ER trauma nurse, now works at University of North Carolina Medical Hospital, and is also being treated at their top notch facility.

“They’ve got a  great lupus center out there.  So if God brought her out there to help her get through this, that was the good thing from it,” she said.

You can continue to keep up with Vicki’s story every Monday night at 9/8c only on Bravo! A preview clip of tonight’s episode is below.