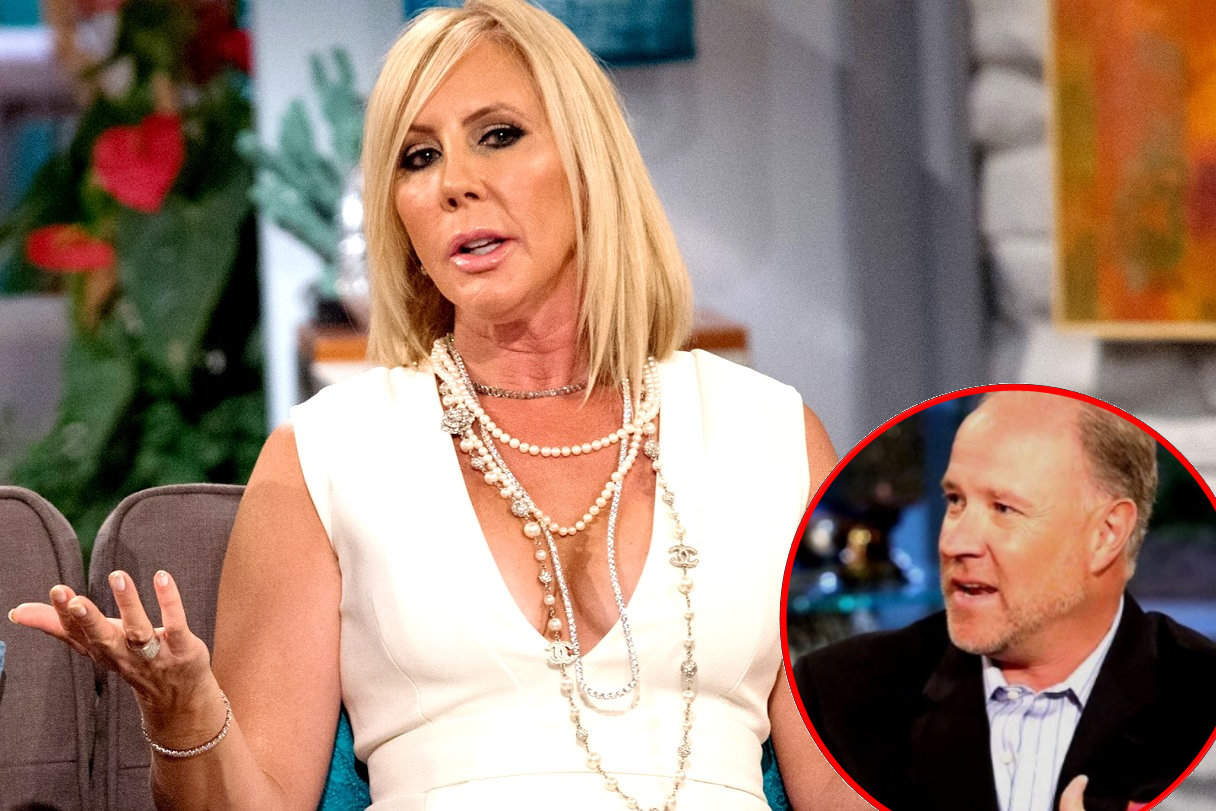 Vicki Gunvalson is looking back on her five-year relationship with ex-boyfriend Brooks Ayers.

During a new interview, the Real Housewives of Orange County star opened up about the “cancer scam BS” that haunts her “daily” and revealed the one thing she would say to Brooks if she ever crossed paths with him again.

Brooks’ cancer lies were chronicled throughout three of Vicki’s 13 seasons on the RHOC. As fans will recall, Vicki chose to stick by Brooks and his claims during their romance but ultimately chose to end their relationship in August 2015.

As for whether or not she is still in touch with her former boyfriend, Vicki said, “Oh, God, no,” and added that if she did touch base with the newlywed, she’d have just one thing to say.

“‘When are you gonna be paying me back?’ That would be the only thing I would ever say to him,” she said. “After that, he basically skated out. He was not a good partner, and I thought he was, so that was my bad.”

According to Vicki, she attempted to silence the ongoing controversy surrounding Brooks and their past relationship years ago, but ultimately, she was informed by Andy Cohen and other executives that they were following the reality of how her co-stars were feeling about the cancer drama.

“If I would’ve had any creative visions or dreams, I would have not filmed three of those seasons,” she said, adding Brooks’ cancer lies “almost killed” her.

“That was super hard on me. Super, super hard on me,” she admitted. “I mean, I went into a major depression. Major, major. It was horrible because it felt like I was in quicksand and didn’t know how to get out of it.”

Years later, Vicki is enjoying a happy romance with current boyfriend Steve Lodge, who she began dating in 2016.

“My life is very exciting going forward,” Vicki said. “If Steve and I decide to get married, we’ve got that whole new journey of blending our families. I don’t know what God has in store for me; I just know that my story isn’t over yet.”