Home Real Housewives of Orange County News RHOC’s Tamra Judge Picks a Side When it Comes to Vicki and Kelly’s Feud! Plus She Shares What She Really Thinks of Steve

RHOC’s Tamra Judge Picks a Side When it Comes to Vicki and Kelly’s Feud! Plus She Shares What She Really Thinks of Steve 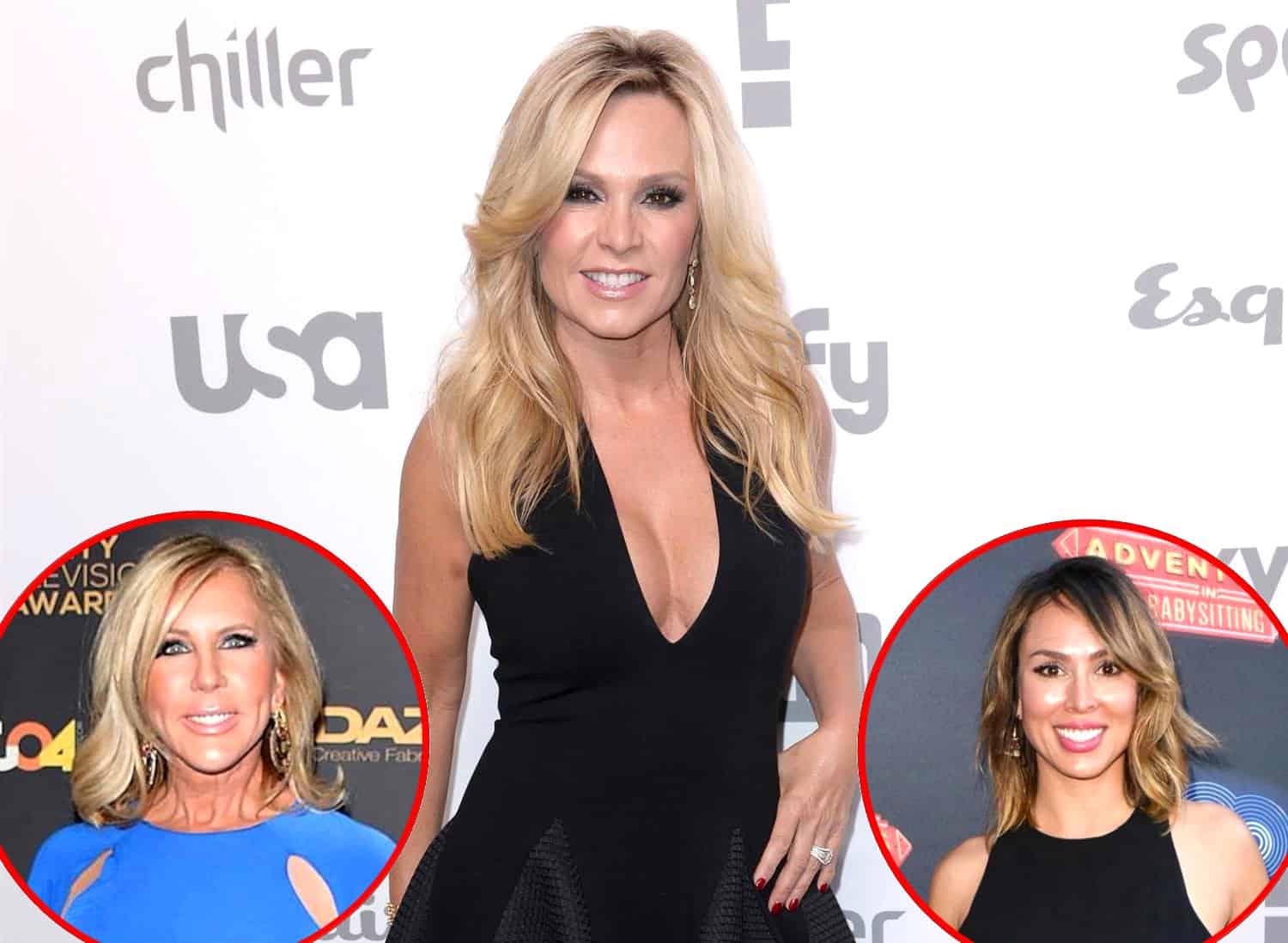 The Real Housewives of Orange County may only be three episodes into the 13th season, but there’s already plenty of drama brewing, and Tamra Judge, one of the show’s most outspoken stars, recently took to her blog to dish about everything that’s gone down so far!

Now, if you want to get Tamra going, you’re pretty much guaranteed to get an earful at the very mention of her castmate Vicki Gunvalson. The two women have gone from besties to enemies, and back again, many times…and usually it’s Vicki’s fault.

The OG of the OC just doesn’t seem to understand the meaning of friendship…or perhaps she just doesn’t care? But as long as she’s not the victim, Tamra generally takes Vicki’s side. But when it comes her latest betrayal of castmate Kelly Dodd, even Tamra says “No, no…no!”

“I agree with Kelly on this one! Vicki, you can’t go on double dates with Kelly’s ex, and NOT tell her…NO, NO, NO!” Tamra said in her latest Bravo blog. “It’s not about Kelly NOT wanting Michael to date, or if she left Michael, or is still in love with Michael. Kelly said herself that she wants Michael to find a girlfriend. It’s about Vicki not telling Kelly that she introduced Michael to her friend, then going in double dates with them. Her loyalty is to Kelly, not Michael.”

Tamra makes a pretty solid point. But let’s face it, “loyalty” isn’t exactly Vicki’s strong suit. And as Tamra pointed out, when it comes to divorce, sometimes you have to pick a side, and well, Vicki picked the wrong one!

“Divorce is difficult even for your friends. Unfortunately most of the time you do have to pick a side,” wrote Tamra. “I have only seen David Beador once at CUT Fitness post-divorce. Even though Eddie is friends with David, I’d never go out with him. Shannon‘s my friend, and I know that would hurt her.”

As for her feelings about Vicki’s own romantic relationship, she’s very happy for her friend, and now that she’s gotten to know her boyfriend, Steve Lodge, a little better, she hopes this will be the happy ending Vicki’s been waiting for.

“Let’s get one thing straight: I really like Steve, and think he’s great for Vicki. Since this episode I have spent more time with them, and you can see Vicki loves him. I’m hoping and praying that this is her forever!” she said. “At the time I just didn’t see that passion that comes with a new relationship. Seemed more like she’s really trying to change who she is to make this relationship work. Vicki has a long history of whooping it up in Mexico, and she was not being herself. Usually she’s driving the fun bus.”

As for the ladies’ trip to Mexico, it went the way of most of their trips do…plenty of fun, plenty of drama, and plenty of drinks! And Tamra’s still not sure EXACTLY how she broke her foot!

“What can I say? Tequila makes my clothes fall off,” Tamra joked of her drunken antics. “It was interesting to see the fall that broke my foot.  I’m still not sure what I broke it on? Did it get stuck on the lip of the jacuzzi, or did I hit it on the bottom. Who knows? All I know is I broke it pretty bad! Snapped the bone clean in half. I knew instantly it was broke. Thank God for the 15 shots of tequila to help with the pain.  You can see on my face I was scared (I usually get quiet.) But I’m tough and sobered up real fast.”

Well, Tamra’s definitely tough, and you can’t really call it a girls’ trip until something gets broken, right?! Even if it’s your foot! And there’s plenty more fun to be had. The RHOC chicas continue their trip next Monday at 9/8c!