Home Real Housewives of Orange County News RHOC’s Vicki Gunvalson Calls Out Kelly Dodd for Involving Her Daughter In Their Fight, Accuses Her of Playing “Victim”

RHOC’s Vicki Gunvalson Calls Out Kelly Dodd for Involving Her Daughter In Their Fight, Accuses Her of Playing “Victim” 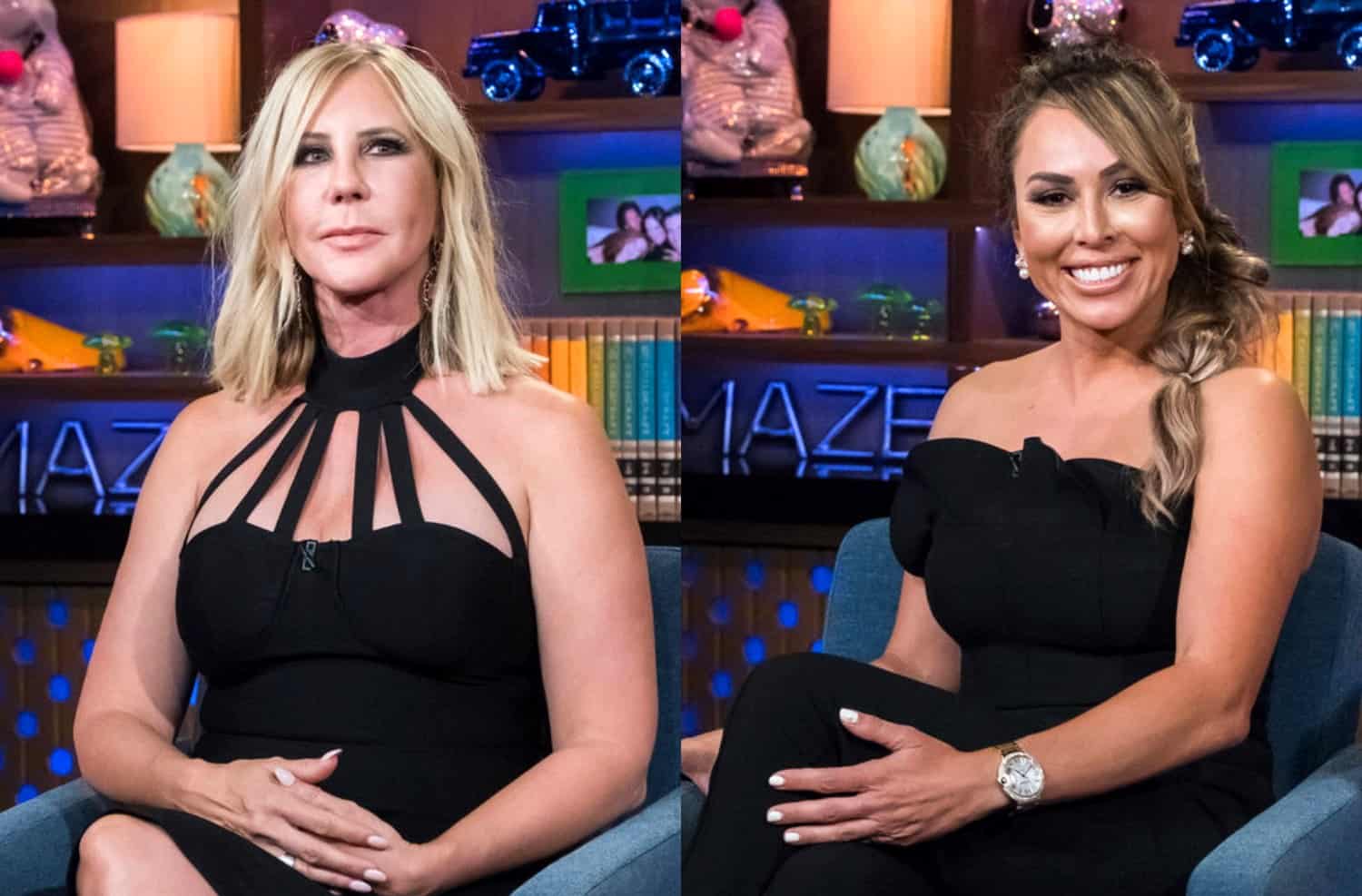 The drama between Real Housewives of Orange County castmates Vicki Gunvalson and Kelly Dodd doesn’t appear to be dying down anytime soon.

Just days after Kelly admitted in an interview that their friendship remains fractured, Vicki is now taking aim at Kelly’s parenting, while also accusing her of playing victim when it comes to her decision to set up Kelly’s ex-husband, Michael Dodd, on a date with another woman… without telling Kelly.

On Monday night’s episode of the RHOC, Kelly was shown discussing her fight with Vicki with her 12-yr-old daughter Jolie. And in Vicki’s latest Bravo blog, she makes it clear that she found this conversation inappropriate.

“First of all, for Kelly to be involving her 11-year-old daughter in OUR disagreement is wrong. In my opinion, Kelly should NOT be asking Jolie for any input in this matter, NOR does Jolie know the entire truth of her father’s dating life,” stated Vicki.

Vicki then goes on to accuse Kelly of essentially being a drama queen for being upset that Vicki not only set up Michael with another woman, but also went on double dates with Michael and his new girlfriend, alongside her beau Steve Lodge.

“I am close with Kelly, however I won’t tolerate her yelling at me like I’m her child. I truly believe she is overreacting to create sympathy and drama for herself. I don’t get it. Kelly has been dating several men for many months and IS the one who wanted the divorce,” she said.

“Michael and Steve became very good friends a few years ago, and Steve and I hang out with Michael more than we do Kelly. During the holidays, we saw Michael quite often, and he hung out with our families while Kelly was out of town with Jolie and even came over for Thanksgiving,” shared Vicki. “I very rarely heard from Kelly during the holidays and didn’t really think it was my place to tell her that her husband was dating someone. Michael was interested in meeting one of my VERY dear friends and wanted us to introduce them.”

And when it comes to girl code, Vicki insists she honored it… just not with Kelly.

“I was asked by both Michael and my longtime friend Teri to NOT tell Kelly they were dating and for me no not get involved. This is where the GIRL CODE began as I honored my friend Teri’s request,” she wrote.

She continued, “Kelly told me numerous times that she “wished he would date” and that “she was over him,” so I never ever thought she would be upset. Kelly had been dating numerous men for months at this time, so I did not think it was my place to let her know her husband was dating. I really was respecting my girlfriend Teri’s wishes, as well as Michael’s. Teri surely did not want to deal with Kelly’s potential backlash, so I honored her request. That’s it.”

Finally, Vicki accuses Kelly of pretending to be a victim in this situation.

“The tears and screaming that Kelly demonstrated was nothing more than drama and acting like a victim,” stated Vicki. “She doesn’t want Michael dating, but she can? It doesn’t make sense to me. It’s like she wants her cake and eat it too.”

TELL US – THOUGHTS ON VICKI’S BLOG?