Vicki Gunvalson Reveals Why Daughter Briana Is No Longer Appearing On RHOC, Explains Why She’s Never Having Plastic Surgery Again! 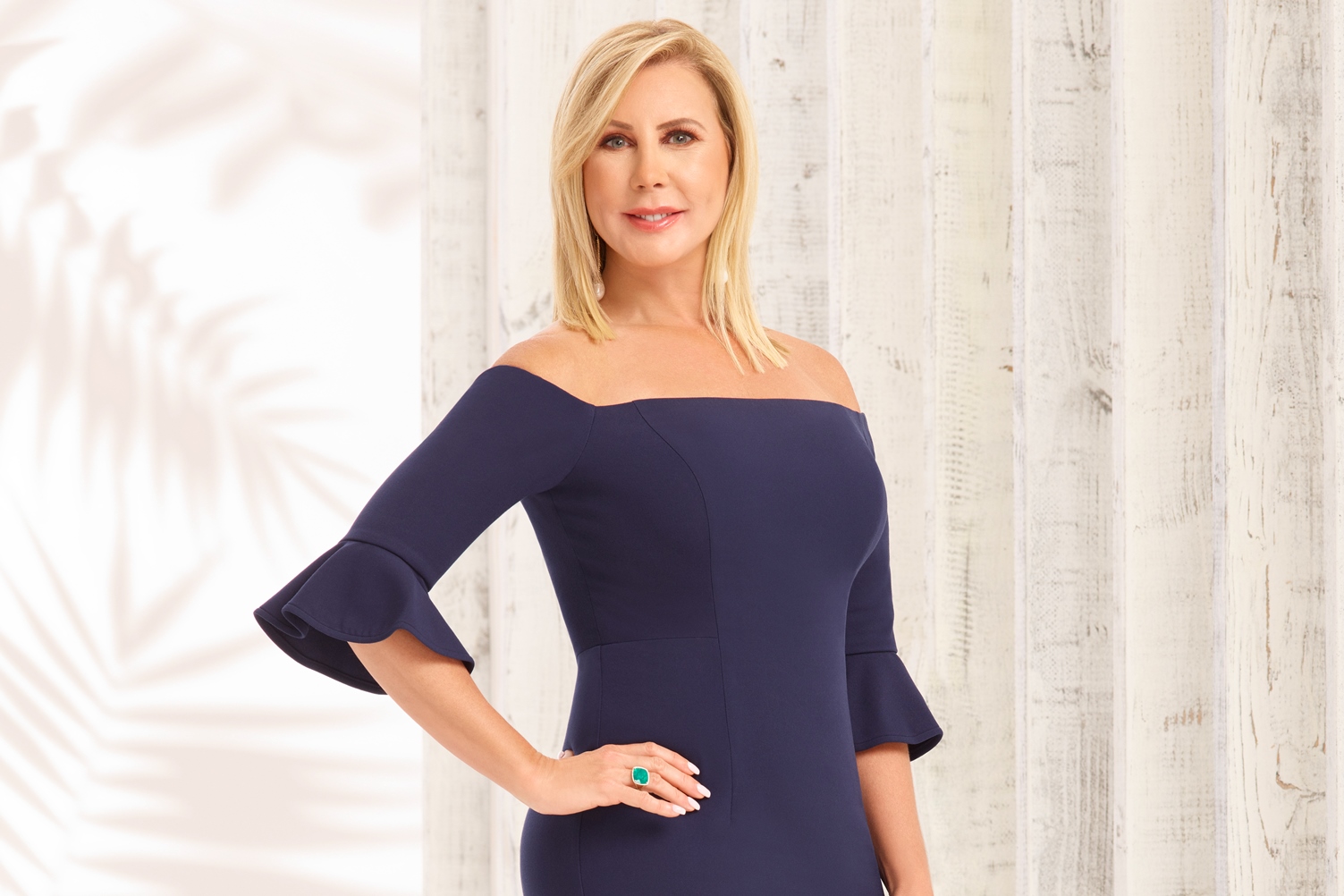 Vicki Gunvalson‘s daughter, Briana Culberson, has quit her guest-starring role on The Real Housewives of Orange County after 12 seasons, and Vicki is revealing the reason.

During a new interview, Vicki spoke out about her daughter’s recent move to North Carolina with her husband, Ryan Culberson, and their two sons, six-year-old Troy and four-year-old Owen, who the reality star called the “love of [her] life.”

“It broke my heart,” Vicki told Entertainment Tonight of filming her opening credi without Briana for the very first time. “But, I’m happy for Briana.”

“She was really in a place in her life with Ryan, Ryan just retired disability Marine, they decided to move to North Carolina, where he’s from, and build a life there,” Vicki explained. “This is my new normal now, flying cross-country. Could you have moved any farther away?! This is not, like, a weekend trip! So, I’m doing the red eyes out, getting there in the morning and just spending as much time with them, and then heading back. So, it’s my new normal.”

When Briana and Ryan announced their move months ago, Briana told her fans and followers online that she looked forward to moving away from the spotlight in Southern California and allowing her two kids to live a normal life on the east coast.

“She wanted to just have a break and be kind of incognito, keep the kids off camera,” Vicki continued. “The unfortunate part about putting your kids on camera and yourself is, the trolls come out, and the negative people come out, and the people that have their ‘opinion,’ and she’s like, ‘I don’t want to hear it anymore. I’m a good mother, a good wife. We have a good family. I don’t want to hear any negativity,’ and that happens. You know, people were trolling bad about Ryan or bad about her. It gets exhausting.”

In other Vicki Gunvalson news, the longtime reality star recently announced that she is done with plastic surgery after going under knife earlier this year for a face lift.

According to Vicki, she went under the knife after being told to do so by her co-star Tamra Judge.

“I went to Tamra’s doctor, ’cause she told me I needed a face-lift,” Vicki said. “I had a lower face-lift two months ago, just like she did and you’re going to see it towards the end of this season. But, I got all my fillers taken out. That was one thing that I think a lot of doctors overdo and through the last four, five years, as I got older, they kept wanting to [get] Juvederm, and Restylane, and this and that, and Sculptra, and before I knew it, I didn’t look like myself. So, I took all the fillers out. I have totally smooth skin now.”

“I’m never doing another filler, another anything. I’m just leaving it alone. [Dr. Ambe] said it was like granulated sugar underneath my skin, of all these different areas that had been injected. So, I didn’t even look like myself anymore. I was puffy and I didn’t feel like myself. I want to be back to being a 56-year-old and looking the best I can be.”