PHOTOS – Vicki Gunvalson Visits Daughter Briana Culberson & Grandkids In North Carolina! Did She Like The State? 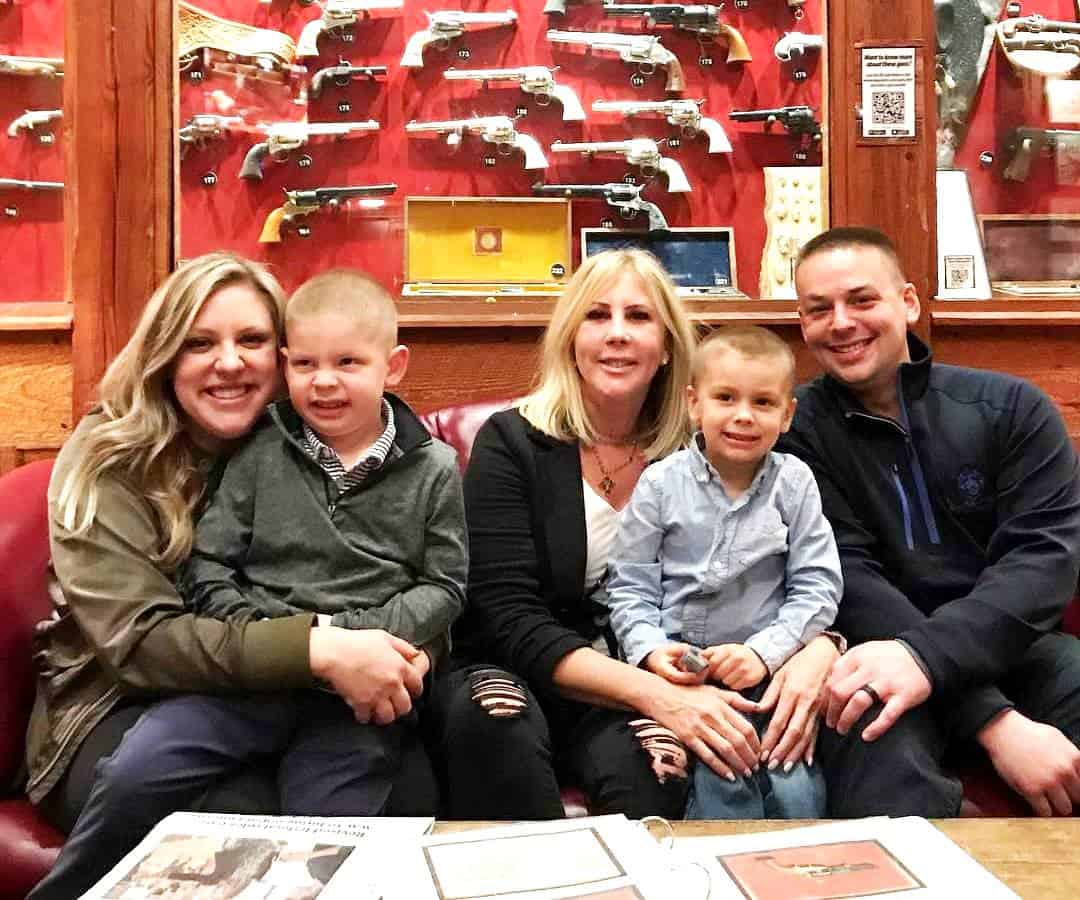 It’s been months now since we reported that Vicki Gunvalson’s daughter Briana Culberson moved to North Carolina, with her husband Ryan Culberson and their two sons in tow! Vicki was pretty open back then about just how much she missed her grandkids.

Well, for the first time since the November move, the Real Housewives of Orange County star decided to pay Briana and her family a visit! So how did Vicki like North Carolina?

Surprisingly, she seemed to enjoy the state and her visit, and even pondered buying a home there. Over the weekend, the Bravo reality star shared a number of photos as she spent time with her daughter, son-in-law, and grandkids.

Vicki, 55, shared the above photo on her Instagram on Sunday night with the caption: “Such a great evening with my family and it’s not so bad here after all! This restaurant was so good too! #myfamily#ushistory.” They were visiting The Angus Barn restaurant located in Raleigh, North Carolina.

She also shared some super adorbs selfies with her two grandsons Troy and Owen. She captioned the pics, “It’s been a great day spending with Briana and her family. North Carolina is definitely not Orange County. #nowwhat #familytime #doineedahousehere.”

No word yet if Vicki’s really serious about buying a home in North Carolina! Perhaps she can head up a ‘Real Housewives of North Carolina‘ there for Bravo! Just kidding.

Below are more photos and a video from Vicki’s trip.

It is unknown whether or not Bravo cameras were present during Vicki’s visit as we reported filming is currently underway for the new season of the RHOC.

Vicki sold the home she previously bought for Briana and Ryan back in November for close to $1 million. You can see photos of that home here.

Briana revealed last year that she decided to move away from Orange County because she no longer felt the OC was a good fit for herself and her family.

“We wanted to try it out after Ryan’s retirement to see if we would be happy. Over this past year I’ve been really unhappy living here. I’ve always connected more with my Midwest roots and I’ve never really felt live I’ve fit in in Orange County. It’s my moms style but not mine,” said Briana.

TELL US – ARE YOU SURPRISED VICKI ENJOYED NORTH CAROLINA?