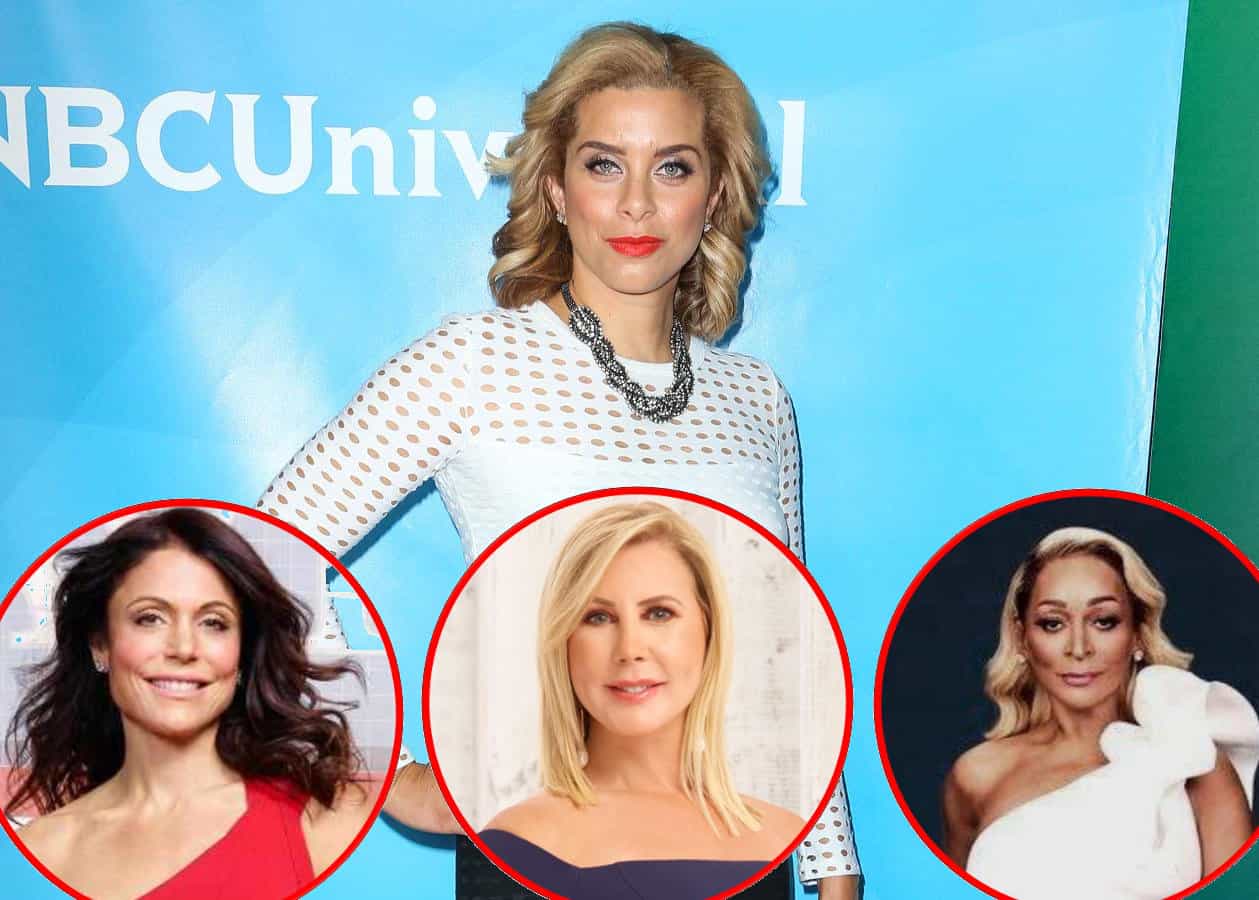 Just weeks after Robyn labeled Karen as a liar for backing out of attending an event she had thrown during the currently airing third season of The Real Housewives of Potomac, Robyn suggested to Domenick that the drama between her and Karen had settled.

“After filming, we all kind of need a really big break from another. So, Karen and I are cordial. We haven’t really sat down just she and I to have a sincere, one-on-one, heart to heart. But she did celebrate her 55th birthday recently and it was a very intimate dinner, just a few people, and I was there,” Robyn revealed. “So, I think that lets you know that we are trying to work towards building a strong relationship.”

As for the rest of her co-stars, Robyn said it was no secret that Gizelle was the funniest member of the cast and teased her potential standup career.

“We all know that Gizelle is the funnest person. She’s hilarious,” Robyn gushed. “She’s kind of flirting with maybe doing some standup and I’m encouraging her to do it because I think she would be amazing.”

While Robyn said that she isn’t afraid of a crazy woman and actually likes getting under people’s skin at times, she told Domenick that she has tired of Bethenny’s mean girl antics.

“Bethenny’s got a super quick tongue but I feel like everything that comes out of her mouth is super nasty and critical and I think that would get old very quickly,” she explained.

Robyn also had a strong opinion about The Real Housewives of Orange County‘s Vicki Gunvalson and the plastic surgeries she’s reportedly had done.

“[Vicki] looks like a completely different person. When I saw the promo pic, I was like, ‘Who is the new lady?’” she recalled. “I want to see it on camera but I think I heard the pictures were taken after they wrapped filming or maybe whatever procedure she had done was after they wrapped filming and the pictures were taken after that. So, we’ll see how different she looks on camera.“

Continuing on to Domenick, Robyn addressed her past encounters with celebrities, explaining that she wasn’t impressed by basketball icon Michael Jordan after meeting him in 2002 during her husband Juan Dixon‘s time with the Washington Wizards.

“Something about him just disappointed me. His energy, he didn’t seem very warm. He wasn’t the nicest person, in my opinion,“ she said.