The Real Housewives of Potomac Recap: A Happy Medium

by Tiffany Brown May 28, 2018 2 comments
ShareTweetWhatsappPinterestRedditTumblrMailFlipboard 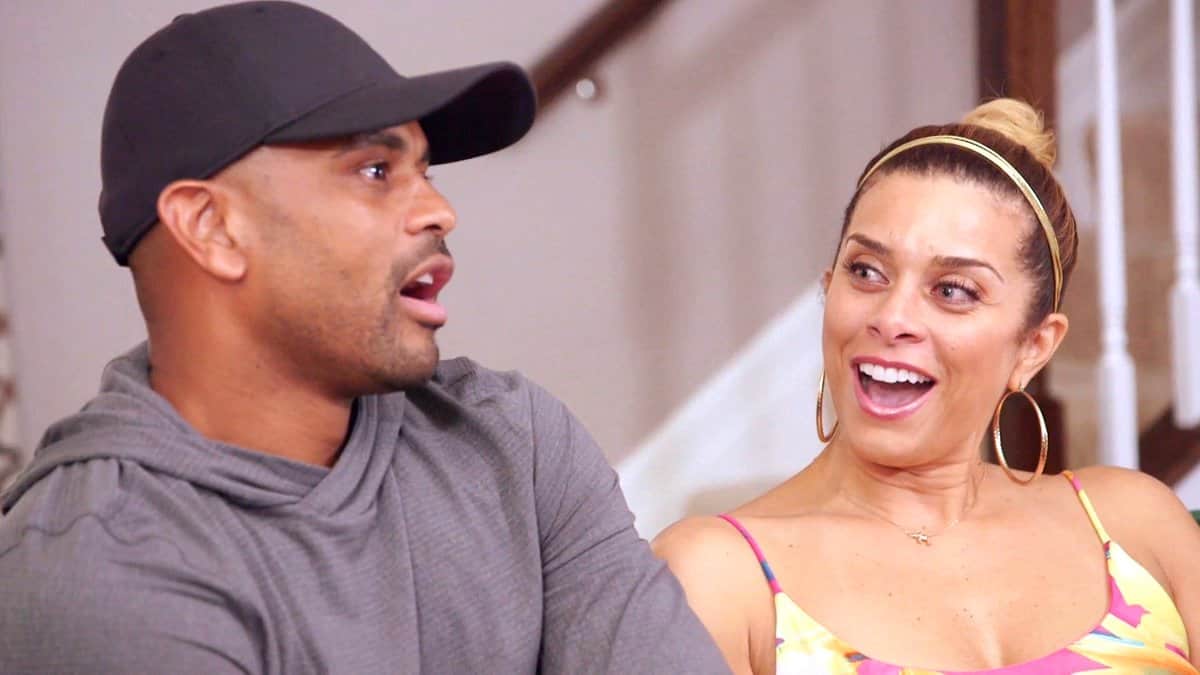 The third season of The Real Housewives of Potomac has been epic. These ladies are really trying to take the title of the most dramatic franchise, and although, they were a little more low key in last night’s episode, it’s clear that there’s plenty more messiness to come!

When we picked up with the ladies, Robyn and Monique were still mid-fight. They were standing outside after being unceremoniously tossed out of Karen’s fragrance event, and tensions were running very high. Monique threatened to choke Robyn out with her umbrella, and Robyn, never one to back down from a confrontation, laughed and told her to bring it.

The other ladies  finally managed to get them separated, but Monique was still seething. She said she wouldn’t give Robyn the satisfaction of a physical altercation, because she actually had a lot to lose, unlike Robyn, whom she said would likely sue her. Robyn continued to laugh at her, and genuinely couldn’t understand how things had taken such a vicious turn, but  Charrisse told Robyn that the altercation was her fault, and that she never should have thrown around a serious accusation like drunk driving  so casually.

Robyn came away feeling somewhat hurt by Monique’s comment about Robyn suing her. She explained to her ex husband, Juan, that Monique often took jabs at their financial situation, a very sensitive topic for Robyn. Unfortunately, a few years back, she made the fateful decision to allow a friend of theirs to handle their money. The man promptly stole their savings, and left them nearly broke, and Robyn still blames herself for trusting him in the first place.

In an effort to move on, she suggests that she and Juan consult a medium about their unanswered questions about their friend, who commited suicide after being caught; and to make contact with Juan’s late mother about the secrets she kept regarding his biological father. I’m usually skeptical of mediums, but this guy was good! He managed to make “contact” with their departed loved ones, and Robyn and Juan were able to obtain some closure.

They now understand that their friend, Earl, was in a desperate place in his life when he stole from them. And although, he never apologized, and still failed to do so from beyond the grave, the medium said that he was “content”. Juan also learned that his mother is happy that he is now in contact with his biological father, Bruce, but that she wouldn’t have allowed it to happen if she were still alive. He also found out that Phil, the man he’d thought was his father, had suspected all along that Juan wasn’t his son, but that he didn’t love him any less. The couple left the medium smiling through tears, and comforted with the knowledge that Juan’s mother was watching over them, and was happy that they were back together.

In the meantime, Monique took some time out of her busy schedule to pay a visit to Karen, and apologize for her part in the showdown with Robyn, and tell Karen about the supply drive she was organizing for Hurricane Harvey victims. Karen assured Monique that she could count on her support with the relief efforts, and told her that she didn’t blame her at all for the fight, which she  felt was completely Robyn’s fault.

The devastation of the storm was weighing heavily on Gizelle’s mind,too. Her mother lives in Houston, and although she didn’t suffer as badly as some of the other victims, she’s understandably shaken, and would like to move to potomac to live with her daughter and grandchildren. Gizelle would love to have her mother with her, but as she explained to her hairdresser, she’s stressed to her limit. She’s been unclear about where her relationship stands with her boyfriend, Sherman, for some time, and feels she needs some answers before she purchases a new home for her family.

She broke down, as she explained that Sherman had been very distant recently, and wondered just how much more stress she could take. Her stylist then sweetly kissed her, and gently reminded her that God was in control, and advised her not to “think too much”.

Elsewhere, Candiace was feeling pretty stressed, herself. Her wedding day is quickly approaching, and her mother still didn’t know that her fiancé, Chris, had a 15 year old son. Candiace was worried that her mother would be angry that she and Chris had kept such a big secret, but when she told her, she was actually very supportive to them both. She advised Chris to keep trying with his son, whom he admitted he hadn’t seen in 9 years, and jokingly asked if the couple was hiding any other step grandchildren from her. They assured her that she knew all there was to know, and walked away relieved that everything was out in the open.

As the supply drive got underway, all of the women came out to help, except for Robyn, who was “busy” organizing a workshop event for her organization, She is Empowered, although the others guessed (probably correctly) that she simply wanted to avoid Monique. In an act of solidarity, Gizelle quickly dropped off her donation, and left, without ever acknowledging Monique. But all in all the even was a success, and they managed to fill two uhauls with supplies, and send them on their way to Houston.

The charitable feeling continued, as Monique and Ashley met for lunch to discuss their issues. The ladies avoided alcoholic bevies this time, and both wisely opted for plain tea, as Monique explained how hurt she’d been to discover that Ashley had gone behind her back, and discussed her drinking with the other women, whom she said were a bunch of “messy behind tricks”.

Ashley told Monique that she was “deeply sorry”, and hadn’t had any malicious intent, but I call BS on that, because during her confessional, she didn’t sound sorry, at all! She said, “make no mistake, I made no mistakes, and Monique knows it”.

But, of course, Monique didn’t hear that part—yet, and the women left their lunch feeling as though their friendship was renewed.

The ladies will be back with more drama next week, and from the looks of the previews for the second half of the season, it’s going to be a bumpy ride! So buckle up and stay tuned!

TELL US – WHAT ARE YOUR THOUGHTS ON THE LATEST RHOP EPISODE? SHOULD CANDIACE MARRY CHRIS? IS MONIQUE AS BUSY AS SHE CLAIMS? DID THE PSYCHIC USE GOOGLE BEFORE HIS READING?