by Lindsay Cronin May 15, 2018 127 comments
ShareTweetWhatsappPinterestRedditTumblrMailFlipboard 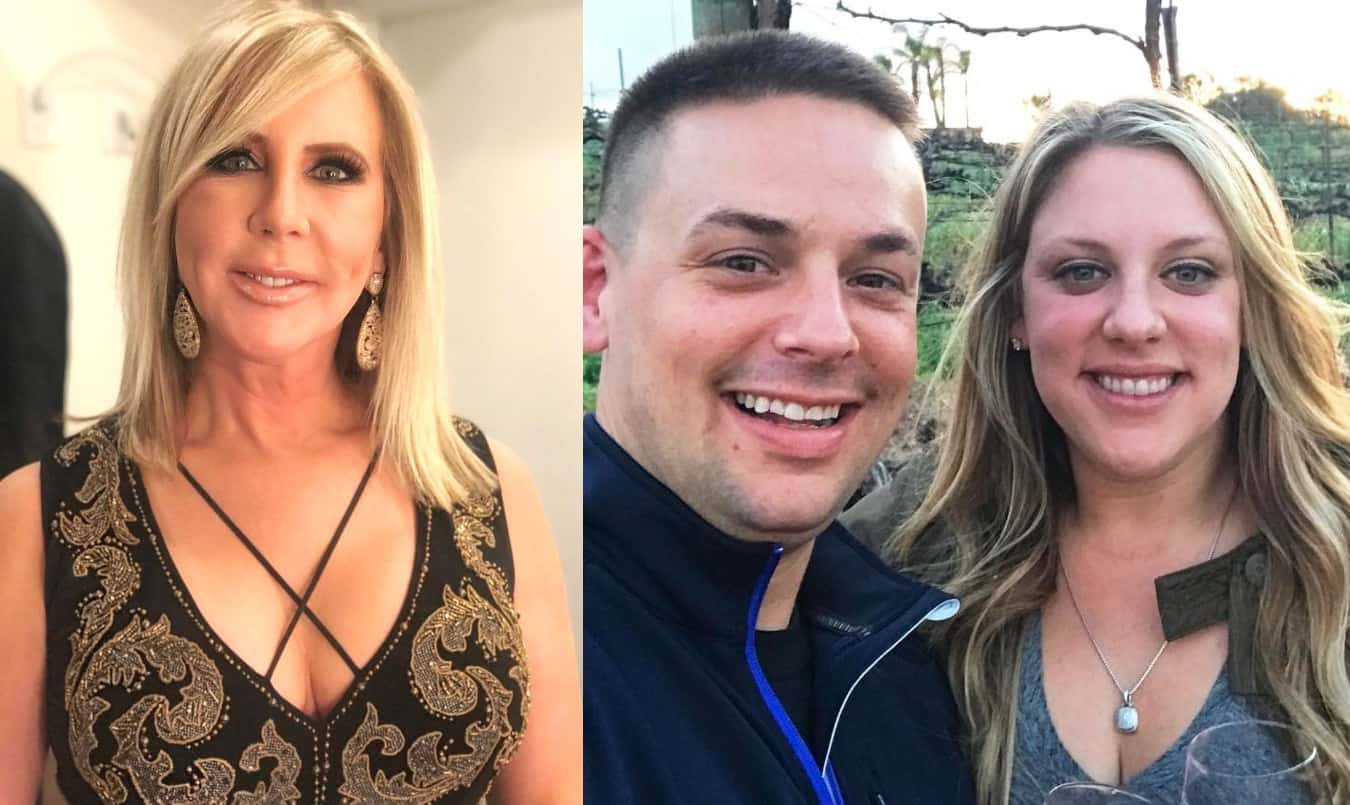 As she and her co-stars filmed the Real Housewives of Orange County season 13, the longtime reality star found herself in the midst of a family feud after her son-in-law, Ryan Culberson, shockingly called her out on Instagram for allegedly avoiding her two grandsons, Troy and Owen.

After commenting on a photo of her family with a simple, “Miss you guys,” Vicki was put on blast by her daughter Briana Culberson‘s husband of six years.

He then told a fan later, “[Vicki] blocked me after this.” Below is a screenshot as captured by the RHOIG Instagram page. 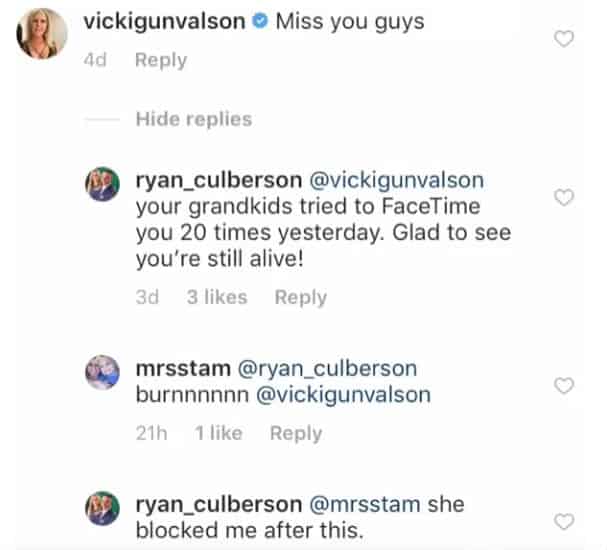 We can also confirm that Vicki is no longer following Ryan on Instagram.

While Vicki hasn’t yet responded to her son-in-law’s diss, her Real Housewives of Orange County co-star and friend Kelly Dodd came to her defense on Twitter, telling her fans and followers that Vicki is an “excellent” grandmother to the boys.

Kelly tweeted: “Vicki and I have had our differences but this I know for sure!! she is an excellent Mother and Grandmother! @vgunvalson.”

Vicki and I have had our differences but this I know for sure!! she is an excellent Mother and ?? Grandmother! @vgunvalson

I don’t think you should write anything via social media!

Vicki’s daughter and son-in-law used to live quite close to her in Orange County but months ago, the couple relocated their family to North Carolina where they hope to live a simpler life.

“We wanted to try [Orange County] out to see if this is where we wanted to raise our kids and we’ve decided we’ll be much happier in North Carolina!” Briana explained of her decision to move.

“My husband and children are the most important,” she continued. “I’ve never been happy in Orange County and have always wanted to live elsewhere. Ryan and I made this decision together but I was the one who actually pushed it a little more. I need a simple life for my health. I got an amazing job, we found an amazing house.”

“I gave it a shot to make my mom happy but I have to do what’s right for myself and my family. We’re super excited and everything is working out how it’s supposed to!” Briana added.

The Real Housewives of Orange County is expected to return to Bravo TV for season 13 in the coming months.

TELL US: THOUGHTS ON THIS FEUD? ARE YOU SURPRISED BY IT?