RHOC’s Vicki Gunvalson Gets Into New Feud With Daughter Briana’s Husband Ryan Culberson as He Tells Her to “Stop Drunk Posting!” 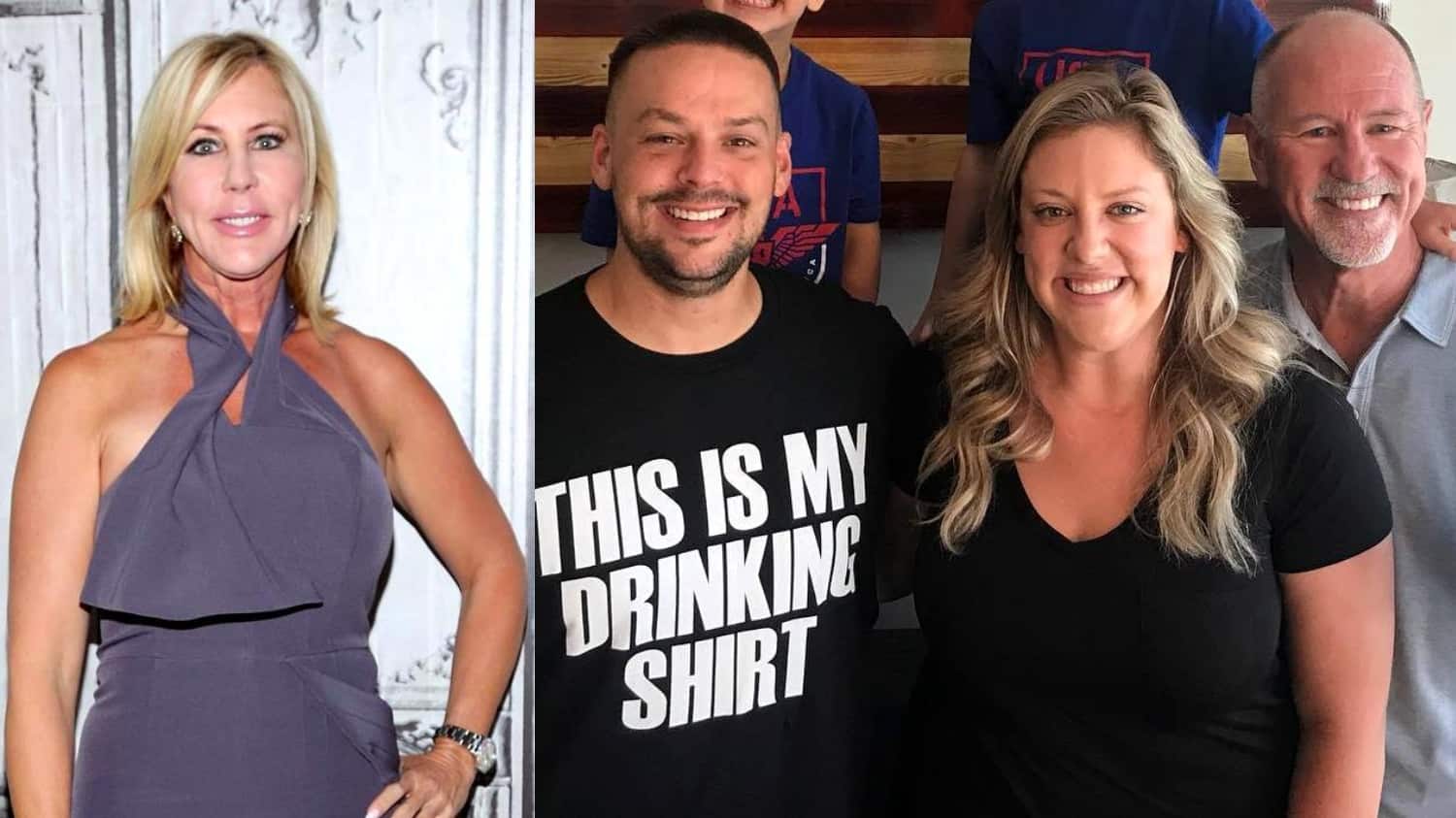 Vicki Gunvalson‘s daughter, Briana Culberson, and her husband, Ryan Culberson, celebrated the Fourth of July on Wednesday with Vicki’s former husband, Donn Gunvalson, and the reunion may not have come as good news to the Real Housewives of Orange County star.

After Ryan shared a family photo of himself, his wife, their kids, and Donn, Vicki posted some negative comments which led to a nasty exchange with Ryan.

Right away, Vicki commented on why Ryan never shares any photos of her instead.

She wrote, “Interesting how you always post photos of Donn there, but never me. Enjoy your visit! ”

In response, one of Ryan’s followers took aim at Vicki, slamming her for being jealous instead of being happy to see Briana spending time with Donn because he was a great step-dad to her during his 16-year marriage to Vicki.

Vicki also denied that she made a mistake when she chose to end her marriage to Donn in 2010. “No I didn’t!” she replied to a fan.

After seeing what Vicki had been telling his fans and followers on Instagram, Ryan then shared a post of his own, requesting his reality star mother-in-law stop drunk posting on his page.

“Please stop drunk posting drama on my page. This is a positive post not supposed to be anything negative towards you,” said Ryan. 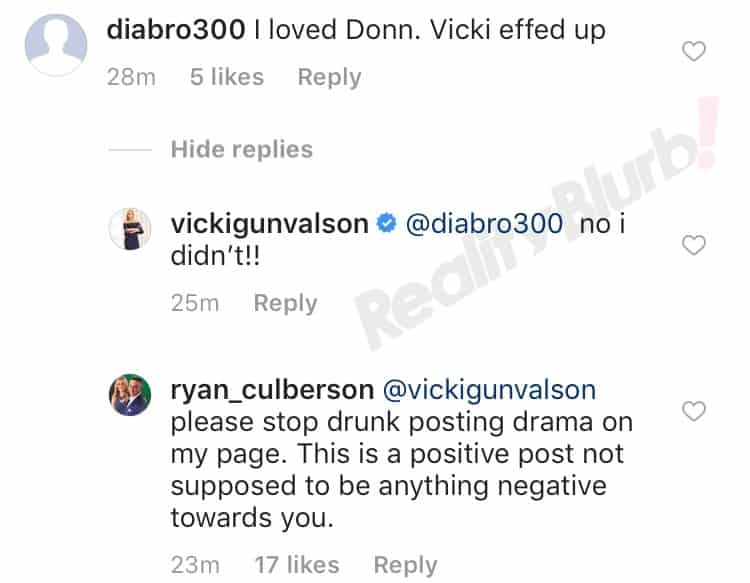 Vicki and Ryan’s comments have since been deleted from Ryan’s post.

As fans may recall, Vicki and Ryan were also involved in an Instagram dispute earlier this year after he accused her of being a negligent grandmother to his two sons, Troy and Owen.

TELL US – WHO WAS IN THE WRONG HERE? RYAN OR VICKI?