Home Real Housewives of Orange County News Gina Kirschenheiter Thinks Co-stars Should Stay Out of Her Divorce & Reveals Why She Has ‘No Relationship’ with Shannon, Plus Watch the RHOC Midseason Trailer!

Gina Kirschenheiter Thinks Co-stars Should Stay Out of Her Divorce & Reveals Why She Has ‘No Relationship’ with Shannon, Plus Watch the RHOC Midseason Trailer! 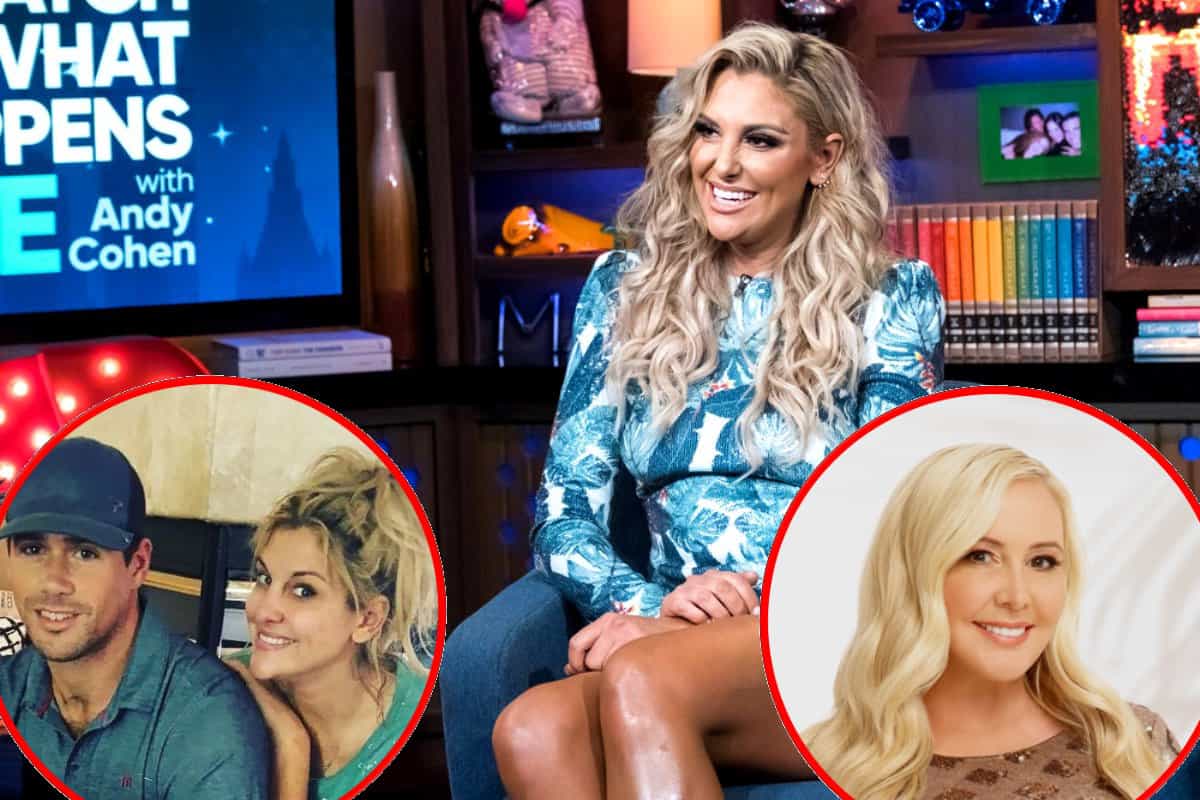 The Real Housewives of Orange County star Gina Kirschenheiter has had a bit of a trial by fire as one of the newest members of the cast. She’s had a run in with the OG, gotten kicked out of a party, and has even fallen victim to the “Housewives curse” as she’s currently in the process of divorcing her husband, Matt Kirschenheiter, but she’s managing to take it all in stride.

In a recent blog post, Gina says she’s comfortable with her decision to call it quits on her marriage, which simply wasn’t working for her, or her family, and while the advice of the other ladies made her feel good, she feels she doesn’t need it.

“Their advice actually made me feel good about my decision. It reassured me that I don’t want to go through what they went through, and that’s why I am doing this now,” Gina shared.  “But I honestly don’t need the peanut gallery to weigh in on my marriage for me to feel confident about what I am doing.”

Gina adds that she does hope her castmates will eventually be able to offer her support… without any judgement.

“I knew the other women were going to be shocked to hear Matt and I were splitting. But the reality is they don’t know Matt or anything about our relationship, so I was surprised they had such strong opinions about my divorce,” she said. “I hoped they would just be supportive, but hopefully they will get to a place where they can be.”

During a recent interview, Gina opened up about why she filed for divorce, while also revealing that she continues to remain on good terms with her ex.

In other Gina news, she opened up about her relationships with the women on the show while speaking to the Daily Dish podcast. Gina revealed that she already feels a bond with most of them, especially fellow newbie Emily Simpson.

“Obviously Emily and I had an immediate bond.  She’s my girl; I love her,” she said.

She even managed to form a bond with Vicki Gunvalson, despite their rocky start.

“The mom vibe is strong with her, and she’s very maternal.  And she does have a good heart for me in that sense, and she’s super supportive,” Gina said.  And while she admitted that Vicki can be a “tough nut to crack,” she says they have a mutual respect for one another.

However, try as she might, Gina said there’s one woman that she hasn’t quite “connected with.”  Care to venture a guess as to who that might be? Here’s a hint: she’s far from a “Quiet Woman.”

“I have zero relationship with Shannon (Beador),” Gina admitted.  “The last attempt I had with Shannon to connect with her, because I’m like, let me still try…I texted her, I asked her to go to lunch, we made a date, I texted her the night before to confirm, she texted me an hour before we were supposed to be there to tell me she couldn’t make it, and I had a babysitter, so I paid for a babysitter, and then that evening she went to dinner to The Quiet Woman with Kelly Dodd and put it all over social media.”

Needless to say, being stood up left a bad taste in Gina’s mouth, but she said she wasn’t exactly surprised that Shannon blew her off.

“I think it’s pretty clear that she goes out of her way to not be gracious or kind to any of the new people that are ever in the series, and I think that’s deplorable and I think that she’s a bully,” she added.

In more RHOC news, the Bravo network just released the super dramatic midseason trailer today. Check out the video below!

A new episode of the Real Housewives of Orange County airs tonight at 9/8c on Bravo.