Home Real Housewives of Orange County News RHOC’s Vicki Gunvalson Says Gina Kirschenheiter Was “Completely Out of Line” for Criticizing Her, But Gina Says She Has ‘No Regrets’

RHOC’s Vicki Gunvalson Says Gina Kirschenheiter Was “Completely Out of Line” for Criticizing Her, But Gina Says She Has ‘No Regrets’ 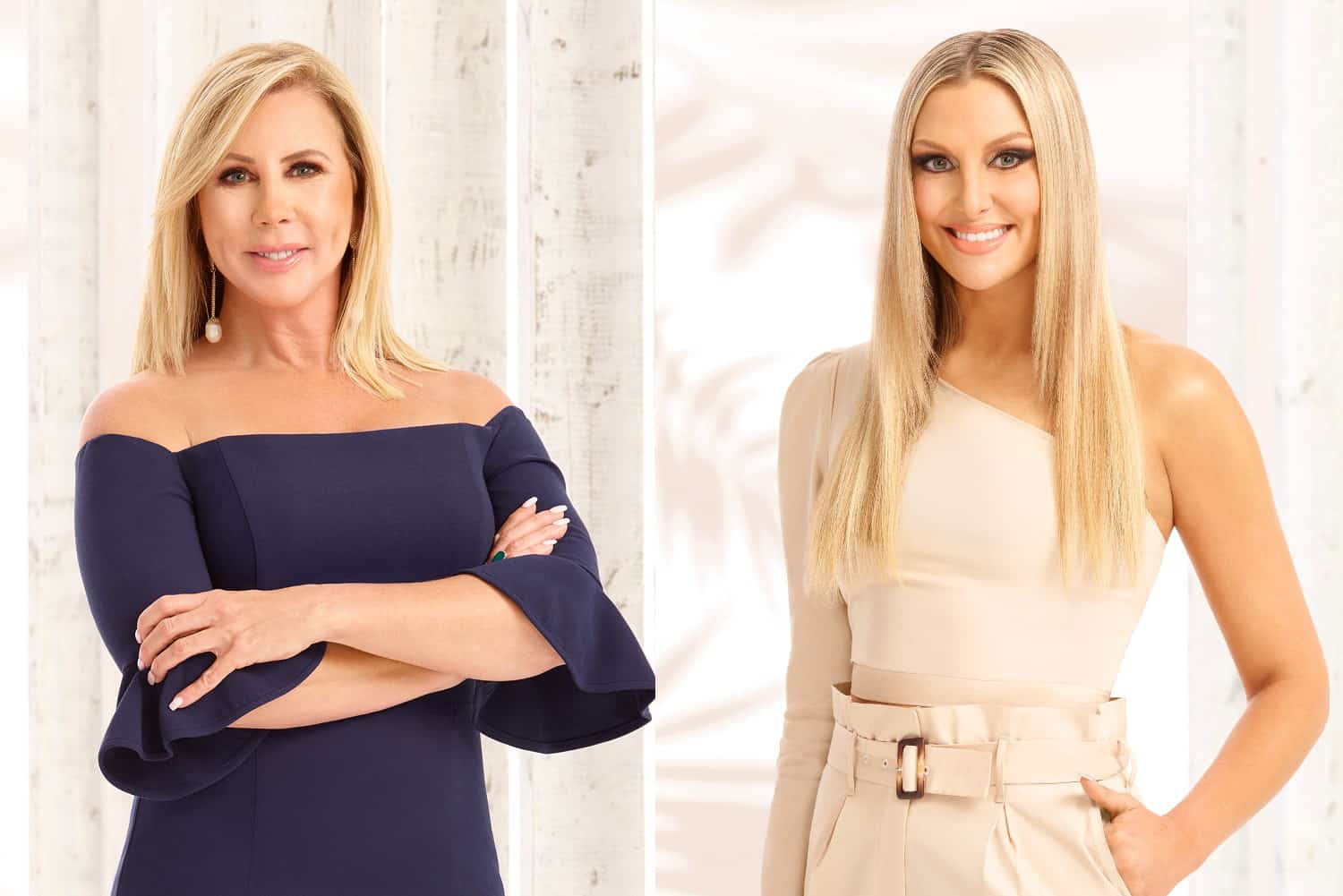 In 13 seasons of The Real Housewives of Orange County, one theme has remained consistent: Vicki Gunvalson hates on the new girls. With the exceptions of Shannon Beador, with whom she shared an “Aries connection,” and Kelly Dodd, who happened to come along when she needed an ally, Vicki always has to test the newbies, and this season is certainly no different!

RHOC viewers know that one thing you never, ever want to do, especially if you’re young, pretty, and new to the show, is tell Vicki she’s wrong, or call her out on some horrific thing she did to her one of her “friends.”

But on this week’s episode, Gina Kirschenheiter went there! Literally moments after meeting Vicki, she weighed in on her spat with Kelly, and made the cardinal mistake of siding against The OG.  Vicki was uncharacteristically quiet in the moment, but she made her feelings crystal clear when she took to her blog to discuss the season so far.

“Before Gina started “giving her opinion” at the dinner table, she should have heard both sides, which she hadn’t,” Vicki explained. “It’s obvious Kelly had filled her in on “her side” of the Michael story, which is why Gina acted the way she did.  I never asked for Gina’s opinion on this personal matter with Kelly and Michael, and quite frankly I don’t care what she thinks. She was very loud yelling across the table, and I think completely out of line.”

Vicki also wrote that she saw a “huge red flag” with Gina’s long distance marriage, and said it “doesn’t make sense” that the couple would choose to live apart, adding that they “all wondered what was really going on” in their marriage. As we’ve reported, Gina is currently in the middle of getting a divorce from her husband Matthew Kirschenheiter.

Vicki also touched on her feud with Kelly, once again insisting she did nothing wrong, while also revealing that Michael Dodd is no longer dating the woman she helped set him up with.

“Michael and his girlfriend at the time BOTH asked me NOT to tell Kelly they had been seeing each other. I honored their request, as Michael said he would tell her if they got serious,” Vicki wrote. “They dated a few months and are no longer seeing each other, so to me, Kelly and her tears are just a way for her to get that attention she has been looking for. She could give a “rat’s a–” if Michael is dating, so her tears are quite concerning.”

Moving on to Gina, as while most Housewives of the past have simply played dead and waited for Vicki to move on to more interesting prey, Gina doesn’t appear to be the least bit intimidated by Vicki (which could be another mistake)!  During an interview with Bravo, she said she could tell that Vicki “had already made her mind up” about her. But she’s as indifferent to Vicki’s opinions as Vicki is to hers, and said she has no regrets about expressing herself.

“I don’t feel I should have to regret showing up to a table of women and weighing in on a group discussion.  If you don’t agree with my opinion, that’s totally fine, but I’m entitled to it,” Gina said. “If it was Vicki’s opinion that I should shut up and stay out of it, she should have told me right there at the table. I probably would have listened, and I certainly would have respected her more for telling me her opinion to my face. But hey, that’s just my opinion.”

Uh-oh, viewers, this is about to get good! Vicki may have finally met her match in Young Gina. The question is: Will they continue to spar, or will Vicki learn to respect this feisty new RHOC transplant? You can continue watch it all unfold every Monday at 9/8c only on Bravo!

TELL US – THOUGHTS ON VICKI & GINA’S BLOGS? WHAT DO YOU THINK OF GINA SO FAR?