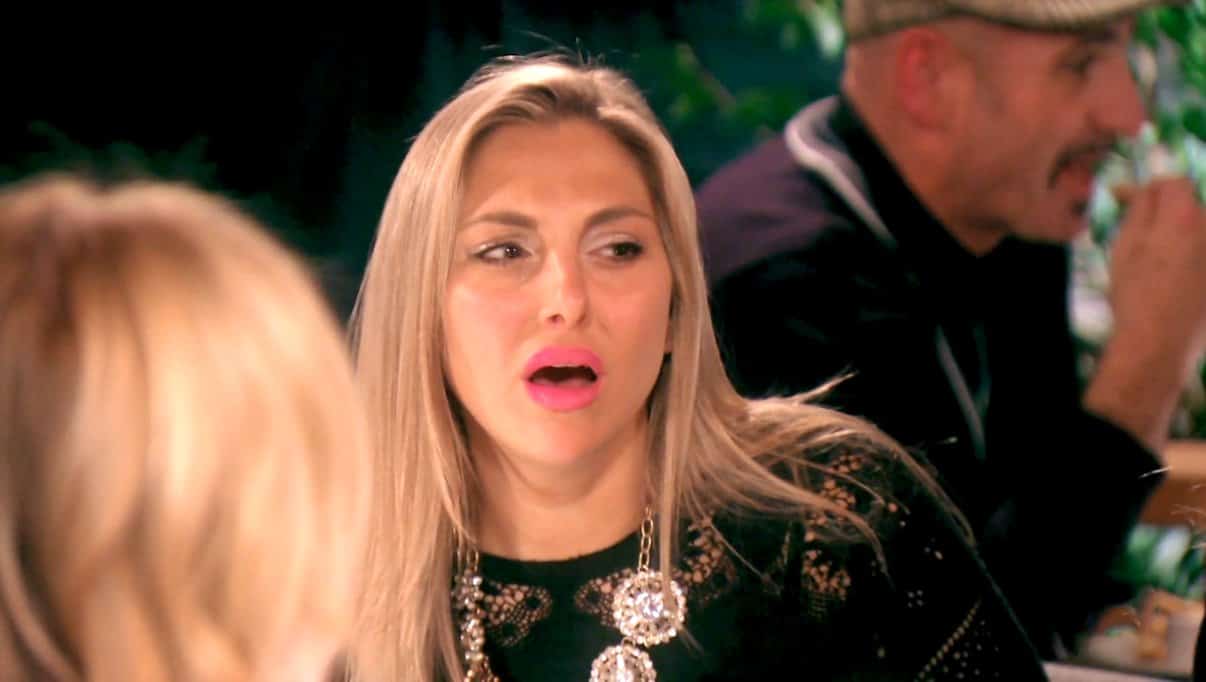 On this episode of the Real Housewives of Orange County, let’s cross our fingers for a little less tequila/the tres amigas …and hope for maybe a little more Gina and Emily (…wait, who?).

Back in the OC after a rather…drunk….vacation, Tamra and her BFF Vicki (yea, that’s right) attend a doctor’s appointment to check in on Tamra’s broken foot. In case you all forgot, Tamra got injured in Mexico whilst cannonballing into a Jacuzzi (without her clothes on). Vicki accosts the doctor and wants to know “When is she gonna be able to woop it up?” Shut up, Vicki. The doctor gives Tamra a pretty grim prognosis. According to the doc, it’s a pretty “frustrating fracture” as it takes a long time to heal. So much for whooping it up OR helping out at the gym, Tamra. Right before the on-again besties leave the doctor’s office, Tamra asks Vicki if she has spoken to Kelly re: date gate (will return to this later). The answer would be no…because Vicki cannot take accountability for ANYTHING. Tamra lets Vicki know she is team Kelly in this scenario, and that kinda gives big Vick a kick in the pants to make things right with Kelly again.

So it turns out that Emily is so boring that she has to drag her in-laws and children to a workout that looks like it was made for a 70 year old woman. Oh wait. It was. Enter: Pary, Emily’s mother-in-law. If you’re wondering about the name, according to Emily, Pary means “angel in Persian. I like to refer to her as pocket Pary.” Oh jeez. Not another housewife that has to bring in a funny older lady to spice up the segments on her life (see: Lydia and her mom that was cooler than she was). Pary is very concerned about her son’s future. Emily’s husband keeps failing the bar and her mother-in-law is on Emily’s a*s to push her husband. It calls for a very uncomfortable cool-down session post work-out.

Vicki is on yet another apology tour. This time, she is touching base with Kelly to talk about date gate: aka- setting Kelly’s ex-husband up with another woman. It was a total sh*t move on Vicki’s part and Kelly feels hurt that Vicki never shared the news with her. Vicki, naturally, tries to make her point clear and dodge the blame. Kelly states, “I’m a ride or die kind of a girlfriend. Vicki is a fair weather friend.” Amen. I think it’s absolutely hilarious that Vicki “demands” respect from Kelly, particularly because she is a back-stabbing person who only cares about herself. After much ado, Vicki states, “it doesn’t feel good and I’m sorry.” Kelly doesn’t totally buy the half-a*sed apology from Vicki, but decides to forgive and move on. (Yea right.)

Over at casa Shannon, she is trying out her newest venture: creating a “lifestyle” of healthy food for QVC. Shan asks her 3 daughters to be taste testers and they are hard critics. All I’m saying is if Lisa Rinna is able to pull off a QVC line, Shannon should be alright…maybe. At the end of the trial, her daughters think Shannon is headed in the right direction…but I def caught the girls feeding the food to the dog.

Gina and her mother are traveling in a car with what may actually be the three most annoying children I’ve ever seen on this show. Gina claims she loves when her mom comes to visit, but it doesn’t seem like grandma has a good handle on these kids gone wild either. Gina confides in her mother that things have been tough without her husband, as he works in LA during the week. I need to see this guy to be sure that he is actually real, but I do kinda feel bad for big G.

These forced “new friend meet-ups” are painfully awkward and I can see it in Shannon’s eyes that she is not going to accept anyone into the group. Tamra wheelies into the restaurant to hang with the girls for a nice first-date dinner. Emily and Shannon bond over law school and having twins, but once Gina joins the mix, things go south, especially when Vicki enters. I guess Vicki didn’t have enough time to stop home and change between work and her apology tour. Of course the minute Vicki rolls up, Tamra and Shannon perform their obnoxious “tres amigas” dance (gag).

Shannon thinks now would be the best time to bring up her QVC deal with the ladies. She explains her frozen, “healthy” meals and even Kelly compliments Shannon’s new svelte physique. As Shannon babbles on and on about her ex and his new love interest, Kelly decides to stir the pot, cuz she can. In true Housewives fashion, Kelly brings up something that was “settled” five hours earlier. #classic. Kelly shares date gate with the new girls and states, “What’s bizarre is she hooks up my ex-husband with a friend that is my friend!” She throws Vick riiiiight under the bus and explains that she brought up this scenario so that other people can weigh in on how terrible of a friend Vicki is. Meanwhile, Gina, and her accent nail, wastes no time ticking Vicki off. “I’m not a lawyer but that sh*t’s girl code.” And on and on she goes “schooling” Vicki. Naturally, Vicki wants Gina to “shut the flip up.”

Later on at dinner, Kelly, ever the player, invites her new boo to girls’ night. So much for being angry at Vicki. Or maybe it’s all just part of her plan to shove the love in Vicki’s face. Take that, Michael! The new couple are canoodling and smooching in front of the ladies and the rest of the women decide to bounce. The tres amigas discuss how awkward the dinner ended and how it seemed as though “Gina was gunning at” Vicki. DRAMA.

Tamra’s foot is broken. Eddie’s heart is broken. And now the poor guy’s gotta take care of his wife who broke her foot during a drunken escapade. Sigh. While Eddie builds things for Tamra, Gina pops over Tamra’s house. Hold up: where are Gina’s kids?! Who is watching them?! Gina and Tamra catch up about the night before. Tamra tells Gina that Vicki does not like Gina already. Gina is not surprised by this information, but states, “Now it’s like my goal to get her to like me.” Like, I hope she brings Vick a casserole.

Watching Emily broach the topic of the bar exam to her husband Shane is like watching a train crash. She is nervous. He’s in “make-excuse” mode. And it looks like Pary may never have HER dreams come true. Shane claims he needs more time because he has to “get all the ducks in a row” before he tries his hand at the exam again. Yawn.

Gina has decided to make nice with Vicki and talk out the recent drama. She invites Vicki for a “walk” and Vicki agrees. While on the walk, Vicki recommends that “if it doesn’t pertain to you” then a girl should MYOB. Gina can’t believe how this is unfolding and claims that “California women do a Jedi mind trick and they somehow sorta twist it on ya.” Gina tries her best to prove to Vicki that she is a “sh*t talker” to your face and Gina doesn’t back down to Vicki. Eventually, the ladies bond over moving to California and children. Double yawn. I liked these two SO much better when they didn’t get along…