Home Real Housewives of Orange County News RHOC’s Emily Simpson Shades the ‘Tres Amigas’ as “Golden Girls” and Pokes Fun at Their Potential Spinoff! Plus She Responds to Criticism Over ‘Age-Shaming’ and RHOC Live Viewing Thread

RHOC’s Emily Simpson Shades the ‘Tres Amigas’ as “Golden Girls” and Pokes Fun at Their Potential Spinoff! Plus She Responds to Criticism Over ‘Age-Shaming’ and RHOC Live Viewing Thread 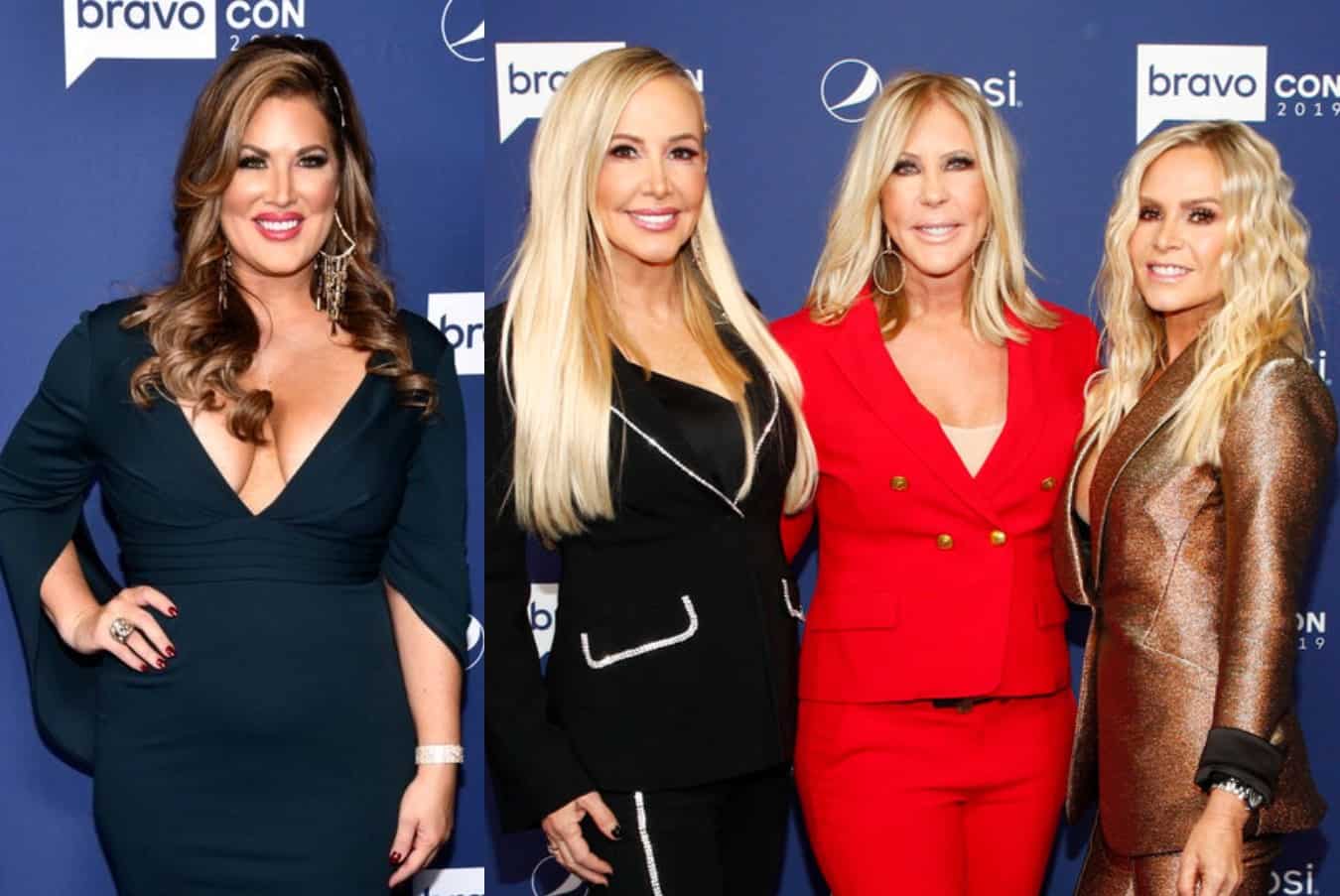 Emily Simpson doesn’t think Vicki Gunvalson, Tamra Judge, and Shannon Beador should get their own spinoff.

In a series of new posts on her Twitter page, the Real Housewives of Orange County star weighed in on the possibility of a “Tres Amigas” show and reacted to the criticism by some that she is age-shaming her co-stars since poking fun at the women’s age on recent episodes of the show.

“The 3 amibas think they will get their own show – fat chance in h-!! No one would watch,” a fan wrote to Emily on Tuesday.

“It’s already been done. It’s called The Golden Girls,” Emily responded, giving a nod to the long-running sitcom that followed the friendship between four older women.

After seeing that Emily had again thrown shade at Vicki, Shannon, and Tamra’s age, another fan tweeted back to her, saying that her many comments about her older co-stars have been offensive.

“The repeated digs about age are making me feel very badly about myself as I am 58 It’s not fun to see women in my age group referred to in this way on a show I used to enjoy,” the fan said.

“One of my best friends just turned 60 and is gorgeous with a heart of gold,” Emily replied.

One of my best friends just turned 60 and is gorgeous with a heart of gold. ❤️

During last week’s episode of RHOC, which was shot during a cast trip to Florida, Emily said that she felt as if she was in high school struggling with mean members of the senior class before suggesting that the senior class in her real-life scenario, which included Vicki, Tamra, and Shannon, were actually “senior citizens.”

Throughout the girls’ trip to Florida, the women seemed to be divided into two groups the majority of the time, with the “Tres Amigas” sticking together and all other members of the cast, including Emily, Kelly Dodd, Gina Kirschenheiter, and Braunwyn Windham-Burke, doing their own thing.