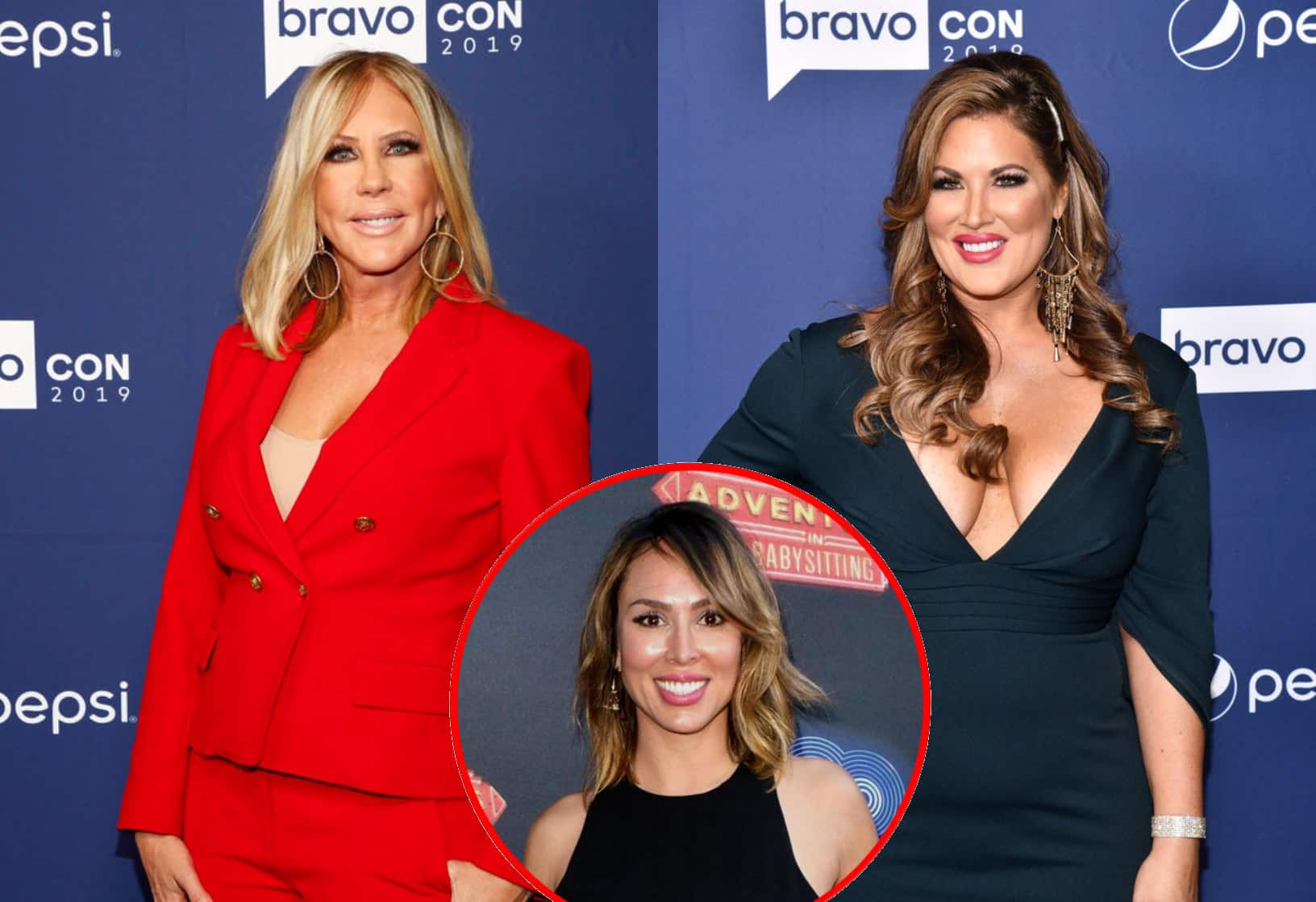 Vicki Gunvalson isn’t happy about the things Emily Simpson said about her during Tuesday night’s episode of The Real Housewives of Orange County.

After Emily, 43, shaded Vicki, 57, and the other members of the “Tres Amigas,” including Tamra Judge, 52, and Shannon Beador, 55, as the “senior citizens” of the show, Vicki took to her Twitter page to fire back. Emily also shared a controversial photo on Instagram, and Tamra responded to the ongoing claims about their friend group being “old and geriatric.”

“Watched [RHOC] last night & was shocked to hear [Emily] bash me about my age of 57,” Vicki tweeted. “Referencing me as ‘old, I should be in a convalescent home, and geriatric’. Really? I can’t change my DOB and you will get there too.”

According to her hashtags, Vicki found Emily’s statements to be “disrespectful” and “rude.” 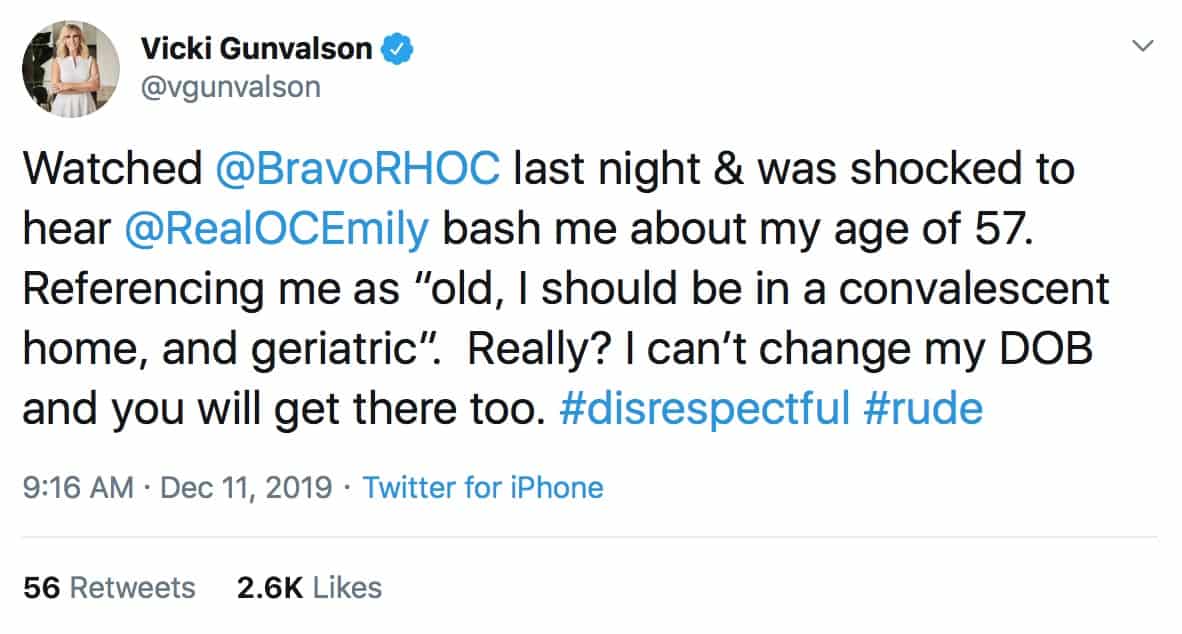 During Tuesday’s show, Kelly Dodd, 44, also got in on the age diss. She suggested that Vicki, who had been taken to the hospital after falling down and hurting her ankle on the previous episode, should be in a convalescent home, which Emily suggested was “for old people.”

“I guess this is what happens when people [Emily] spend too much time with the vile [Kelly],” one person wrote in response to Vicki’s tweet.

Yep. She drank the koolaid

Another fan suggested it was Vicki’s behavior that prompted her co-stars’ negative statements.

“Maybe if you acted kindly, as if your age had imparted wisdom, [Emily] might not have gone there,” the person said. “The way you drop ‘gossip’ and act aggrieved when you’re called out on it is embarrassing.”

“It’s a reality show… we ALL talk about eachother,” Vicki explained.

It’s a reality show… we ALL talk about eachother.

After Vicki spoke her mind on Twitter, Emily responded to her post, writing: “And I said “senior citizen” … McDonalds and Arby’s offer “senior discounts” for 55 and older. So enjoy your roast beef sandwich.”

And I said “senior citizen” … McDonalds and Arby’s offer “senior discounts” for 55 and older. So enjoy your roast beef sandwich

Emily also shared a controversial post on Instagram in which she compared a photo of the “Tres Amigas” dressed like grandmas to a photo of herself, Kelly, Gina Kirschenheiter, 35, and their seemingly younger friends. 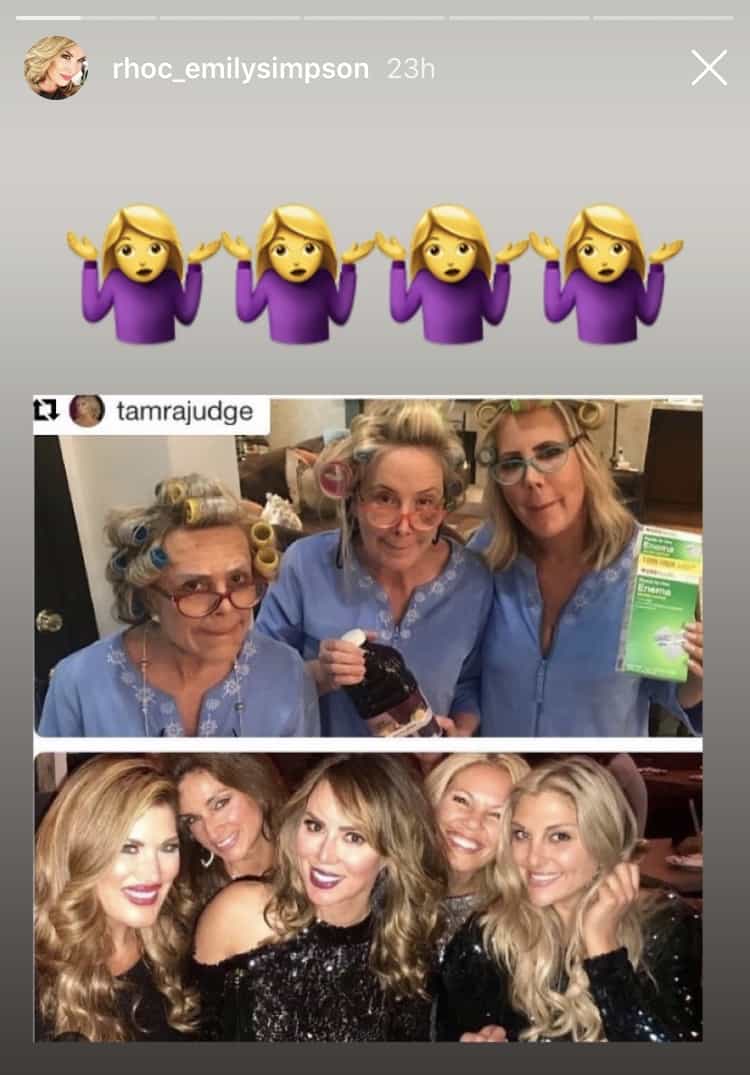 After being accused of age-shaming by Vicki on Twitter, Emily responded to a fan who labeled her antics as “lame.”

“I like Emily this year too but the age stuff is lame. She’s going to get old too,” the fan stated.

“I already am old,” Emily replied.

I already am old.

Tamra also clapped back at her RHOC co-stars for their comments about her age with a series of photos of herself in a yellow bikini and a telling meme.

“Cheers to being ‘old & geriatric,'” Tamra wrote. According to Tamra, the age-shaming and hypocrisy of her co-stars is “disgusting.”

Also with her Instagram post, Tamra included a meme, which read, “I may be an old b***h but you’re a f**king douchebag.”