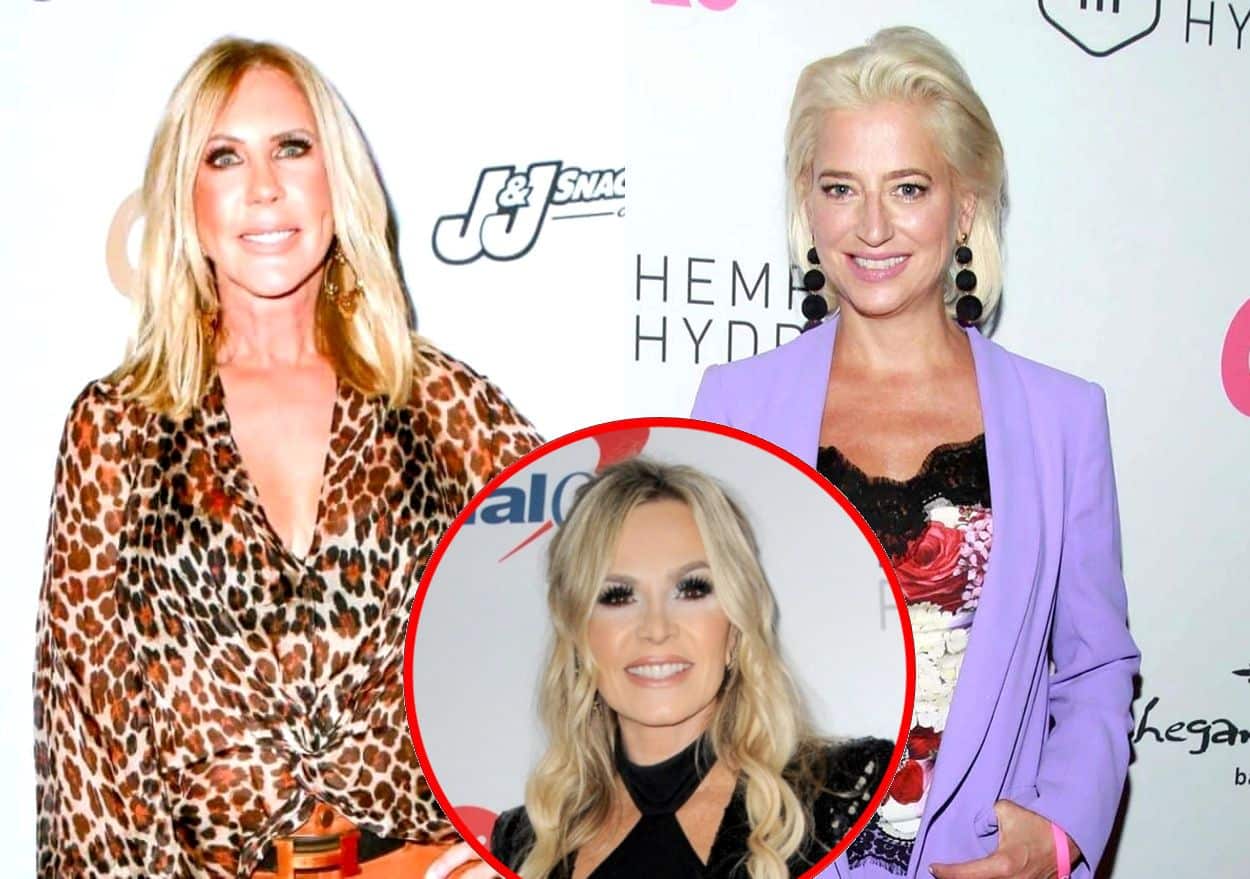 Season two of Real Housewives: Ultimate Girls Trip is expected to be incredible. Filmed at Dorinda Medley’s infamous Bluestone Manor (the site of many Real Housewives of New York brawls), the spinoff includes cast favorites in the franchise.

Vicki Gunvalson, who’s been involved in drama since the beginning of the franchise, is expected to play a big part in the upcoming season.

During an interview with the Unpopular podcast, Tamra Judge explained, “The first big fight was Vicki not being vaccinated.”

She went on to say, “That was really a fight, it was a fight.” The alum also revealed Dorinda and Brandi Glanville (who are strong supporters of the vaccine) were involved in the fight.

“There was definitely one cast member that picked a fight every single day,” she added, speaking of Dorinda. “Or I should say every night, after cocktails… But thank god for her because it really made good TV.”

Tamra said the season two drama was intense, and she’d “never seen anything like it before… I get into it with Brandi and Dorinda. Vicki gets into it with everybody. It’s insane,” said the star. “I had a good time, but by day eight I was like, “Get me the f**k outta here.’”

According to Tamra, RHUGT was filmed in the style of Big Brother with cameras placed in each part of the house, but the normal film crew was still present.

Vicki has had a rough few months. Her fiancé Steve Lodge recently left her before he got engaged to another woman.