Home Real Housewives Of Salt Lake City News RHOSLC Finale Recap: Jennie Lashes Out and Throws Glass at Mary as Meredith Teases Information About Extramarital Affairs of the Group, Plus Jen is Forced to Downsize and Move Out of Chalet

RHOSLC Finale Recap: Jennie Lashes Out and Throws Glass at Mary as Meredith Teases Information About Extramarital Affairs of the Group, Plus Jen is Forced to Downsize and Move Out of Chalet 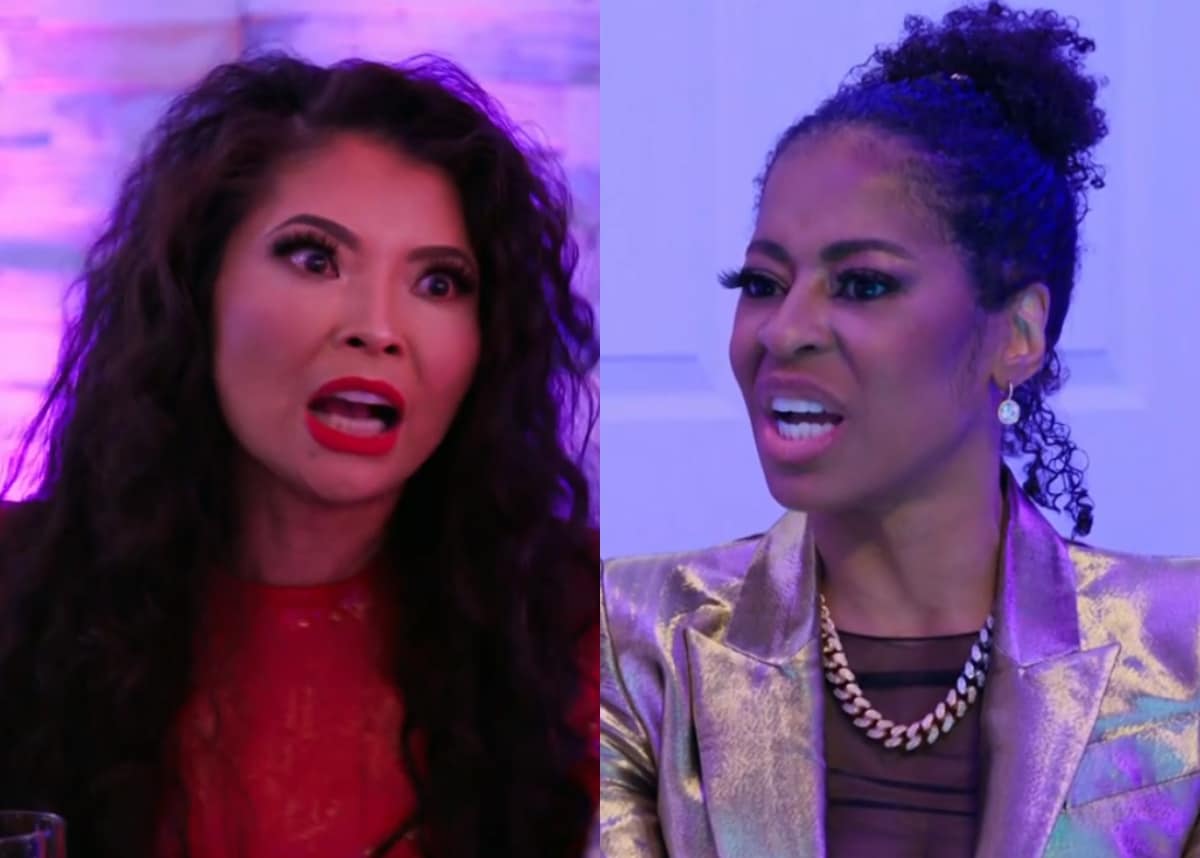 Lisa is preparing for a Vida party and she is just loving everything involved in it. Mary is busy playing mini-golf with Robert, Jr., which may actually be the best mother-son bonding moment of the season. And Jen, well she is busy packing up her chalet. The movers arrive and she is hoping to be out of her 9,000 square foot home by the end of the month. Jen goes on to tell the movers all about her $2 million legal retainer (and his eyes go WIDE as she fills him in), and she states that this is all very depressing (which I am sure her “victims” said at one point, too).

Watching Jen walk the movers throughout her home and hearing it may cost up to eight to 10 thousand dollars to pack everything up is absolutely mind-blowing. It’s a very Erika Jayne moment when we are invited into her closet to view it all, yet we know that she bought it all with dirty money…

Heather is holding a celebration of life ceremony for her father, and she stomps all over the gravestone on the ground trying to get the memorial just so. Heather explains it has been a year since her dad passed suddenly at the height of COVID, and she thinks now would be the perfect time to celebrate him. Heather states that many of her family members did not choose to attend the event, and she feels like those that are present are a bunch of “conflicted Mormons” stuck between two worlds.

Heather shares the last time she talked to her father was Christmas and he died in April. She isn’t even sure if her dad knew who she was when he died, but she hopes that she makes him proud even after his death. It is a touchy subject, considering her dad had so much pride in being a Mormon; however, Heather states that she has not lost faith in herself or to make her dad proud. Heather’s family belts out her father’s favorite song in harmony (ya’ll caught that right?!), and over their picnic lunch, Heather learns that her mother showed up during the ceremony but chose not to stay for the event. Heather realizes that because she talks so publicly about not practicing Mormonism, she is the easiest target and is the most ostracized family member.

It’s Meredith Marks’ photoshoot day, and you better believe Brooks is there because #screentime. Meredith explains that she got in touch with GLAAD and is trying to raise money for the organization through her jewelry line.  She believes that her jewelry is for everyone, and so she has all different types of models representing it. Meredith goes on to say, “Equality means you don’t have to come out. When we can stop labeling people, that’s when we have equality at every level.”

Side note: When Meredith’s daughter Chloe states that she was a bit uncomfortable with the sexual pose she was put in with Brooks, he states, “We don’t have to be siblings in the photo.” DISTURBING.

Ok, so Whitney just traipses around in lingerie in the early evening waiting for her husband, Justin, to return home from his trip? Whitney states that she is trying to reprioritize her life, and she feels it is necessary to thank her husband for helping her out financially. She is trying to reignite the flame in the bedroom, and so she has decided to whip out the love art for the evening. We see far too much of this duo getting undressed and ready to do the deed and the scene cuts out on a topless Whitney getting her a*s smacked by Justin. Commercial break ASAP.

It’s the Vida Tequila Food Court party night, and the women are taking time to pick out outfits and comb their wigs. The invite calls for ’80s fashion, but make it chic, or something like that. It’s the debut of the crystal-adorned bottles, and Lisa is not calling it a “theme” party. She just wants everyone to embrace the decadence of the late ’80s, early ’90s. Whatever that means.

The bizarro ’80s filter is making it hard to concentrate on the ladies’ conversation. They are all waiting for Meredith’s arrival, but no one is sure what may happen when she does finally walk through the door. Heather states that she is “over the land of make-believe” with Meredith and Lisa. It’s the fakest friendship that clearly does not go much deeper than the surface level.

Mary could not be any more awkward when she shows up and calls Lisa’s tequila “blah, just like Lisa.” Burnnn. Mary is probably loving this fine dining supplied by Lisa as well. We all know that she has some BEEF with the way Lisa nourishes her family. LOL.

Jennie is annoyed that Mary has not walked over to greet her, and we learn that Mary is blatantly ignoring Jennie. Jennie should have learned what “common decency” was before doing all that she did to get fired from the show. Boom.

Coach Shah thanks Mary for inviting Jen to her church, and before long, Whitney comes over to pull Mary away. Mary doesn’t want to talk to Whitney because she may be drunk… at a tequila event. Imagine. Whitney apologizes right away for talking about Mary’s church. Mary jumps in and basically shuts down Whitney’s apology, and she tells Whitney that Mary is not a mean person nor does she hurt people.

Jennie leans in when she hears Mary make those statements, and she cannot hold back another minute. She goes wild on Mary, yet she was not even a part of the conversation. Mary, remaining as cool as a cucumber, says, “Get hood on us, ok!” Jennie does NOT like that, and when Whitney and Mary get up and walk away from Jennie, Jennie follows the ladies.

To Jennie, Mary states, “I didn’t sign up for you.” Jennie demands to talk about her issues with Mary, but Mary continues to walk away until Jennie throws her glass at Mary. Jennie is furious as Mary escapes from the event. Mary cannot get over that no one even cared, and it leaves her wondering who her friends are (Meredith, where are you??).

Whitney tells an irate Jennie that she apologized to Mary for calling her church a cult. Jennie apologizes to Lisa for her behavior, but Lisa states she doesn’t care. NBD! Lisa claims that she wants the group to become strong friends, and Jen calls out Meredith. She wants to know if Meredith considers her a friend, but Meredith tells Jen she cannot give her the proper support since she is dealing with her own “pain and trauma.” Heather says what we are all thinking: State what you mean, Mere!

Jen cries about how Meredith is friends with everyone else, but Meredith will not let Jen off the hook about all the stuff she said about her family, particularly her marriage. Meredith does not want them going back to try and wreck her marriage all over again, and she tells Jen that she will not go there.

Meredith claims that she has been sent information about the women having extramarital affairs and has no problem talking about who everyone has dated. I think it’s a threat. And to all the haters: Meredith and Seth are celebrating 25 years of marriage. Take that!

Jen is awaiting her upcoming trial and continues to live in Lala land, refusing to acknowledge just how much trouble she truly is in.

Mary is unbothered by it all and her attitude clearly portrays that she is OVER this lot of women.

Whitney is now more focused on being the CEO of her company and on being a better partner to her sugar daddy, er, I mean husband.

Lisa is trying to be a better friend and hopes to avoid another hot mic moment.

Heather is thrilled to be at her first Lisa Barlow invited event and is just happy to be living her true, non-Mormon life.

Didja notice they didn’t give Jennie an ending?? #Karma.

Now, onto the reunion…

TELL US – WHAT DID YOU THINK OF THE FINALE EPISODE?