‘KUWTK’ Kourtney Kardashian and Travis Barker “Trying” to Get Pregnant as Ex Scott Disick Will be Invited to Wedding, Plus Why She’s Had Change of Heart 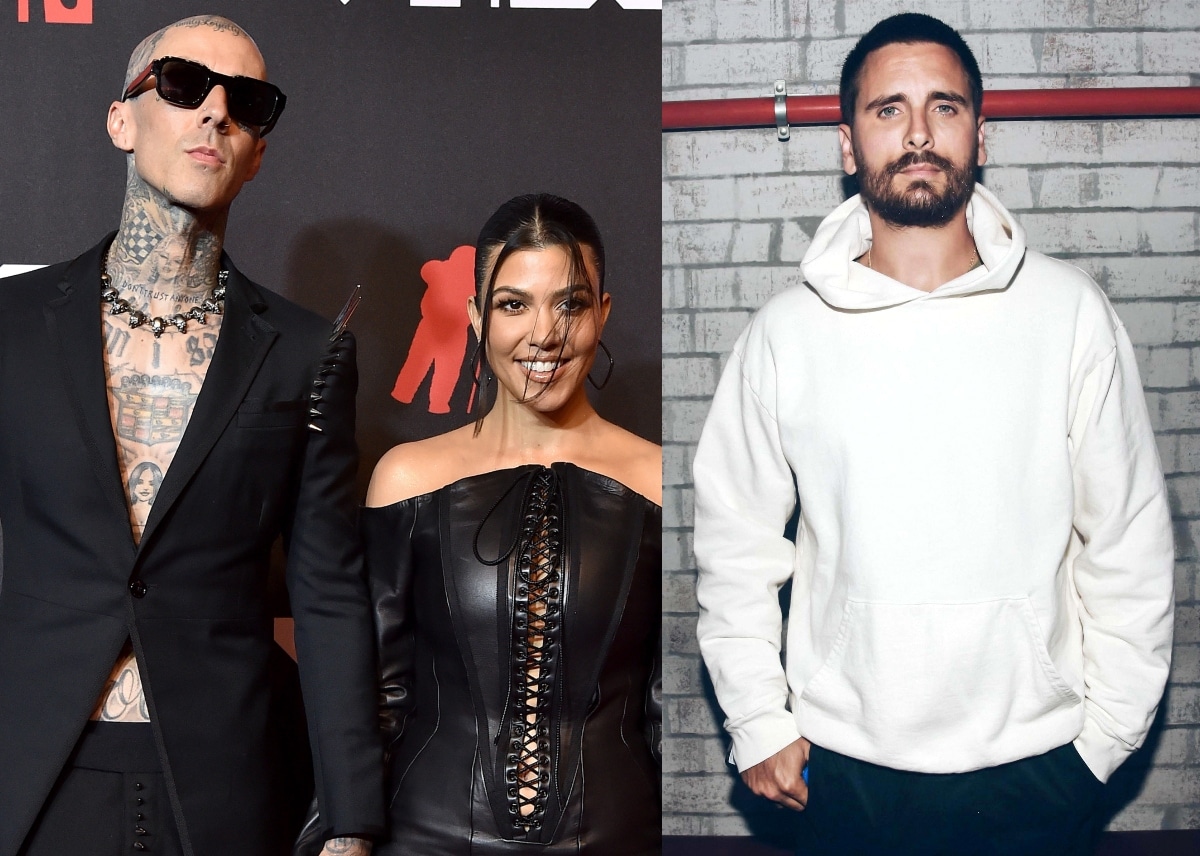 In January 2021, Kourtney Kardashian and Travis Barker went public with their relationship. Nine months later, the Blink-182 drummer decided to pop the question.

Travis has two kids from another relationship while the Keeping Up With the Kardashians alum has three with Scott Disick.

According to a source who spoke to Us Weekly, Travis and Kourtney are ready to have a baby together.

The insider revealed, “Right when they got serious, Kourtney and Travis decided to put effort into getting pregnant… It was a no-brainer for both of them because they’ve set their hearts on a big family and agreed there was no point in delaying or waiting to be married first.”

The source said Kourtney is “trying to get there in the natural way” but is “looking at IVF” as well. She may “be pregnant already,” but it’s “highly unlikely” they’ll announce it publicly (in the near future).

“Their close friends and family are all aware it’s in the works and that it’s just a matter of time before she confirms the news they’re expecting,” the source continued. “Both of them are certain it’s the right path. Kourtney just melts seeing how great Travis is with his own kids, and he has been a model gentleman with her and Scott [Disick’s children] too. They just adore him. It’s going to be a beautiful journey that ends with them blending their families as one and they cannot wait.”

Meanwhile, another source told HollywoodLife that Kourtney now wants to invite Scott to the wedding: “When she first got engaged, she had no plans on inviting Scott… There was too much drama going on and she didn’t think he could ever accept that she had moved on.”

“But Kourtney has seen another side of Scott lately and he does understand that she’s getting married, and happily moving on with her own life,” the source added. “So, she’s had a change of heart and will absolutely be inviting Scott to their wedding. She cares about him and wants him to be a part of her special day. She has seen a lot of growth in Scott and would love for him to attend.”

The insider revealed that Scott “has been spending an extraordinary amount of time with the kids and Kourtney really appreciates this.”

The mother of three will “always have love for Scott in some capacity” regardless of their “ups and downs.”