VIDEO: See RHOM Reunion Trailer! Adriana Exposes Dirt on Larsa, Alexia Slams Nicole as a Liar, and Lisa Cries Over Marriage, Plus Julia Opens Up About Loss of Son 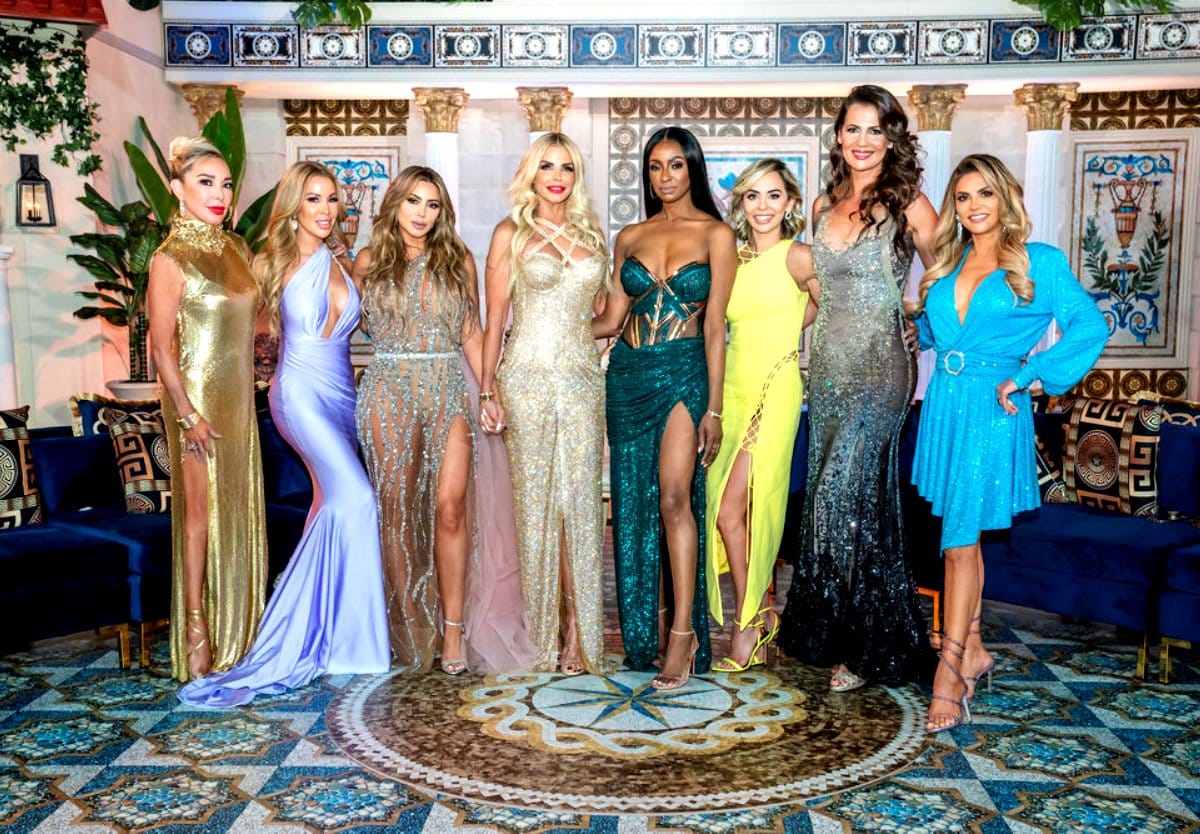 The Real Housewives of Miami season four reunion trailer has just dropped, and viewers better be ready to grab their fans and iced mojitos because the Florida-based franchise’s heat is about to get even hotter.

The preview for the two-part reunion begins with Andy Cohen suggesting tequila shots for the ladies to get them loosened up for what’s sure to be a bumpy ride.

The sly shade almost immediately begins with Andy congratulating Nicole Martin on her engagement, which prompts a clearly annoyed look from Marysol Patton, who sarcastically claps her hands and quips, “Yes, by the way, congratulations.”

Things take an even steamier turn as Andy asks Julia Lemigova and Adriana de Moura how far sexually the two have gone. The ladies coyly look at each other and don’t answer as an unknown voice yells, “Tell the truth, Julia!”

“Those are allegations, which we are denying,” Alexia says, defending her son.

The reunion temperature soon reaches higher tension levels as Adriana de Moura comes for “Kim K.’s minion,” Larsa Pippen. She comes for her so much that at one point Andy screams at Adriana, “LET HER [Larsa] FINISH!” as the two ladies seemingly argue over a photo Adriana pulls out on her phone that proves some dirt she has on Larsa.

“Let’s see if I’m lying or not lying,” Adriana says as she hands over the phone to Andy.

“Oh, there it is,” Andy says, looking surprised.

Larsa also calls an unknown castmate a “b*tch” and seemingly yells at the entire group to “stop stalking me!”

The “b*tch” Larsa is referring to could be Guerdy as she seemingly confronts Larsa for being “jealous with all of us at one point or another.”

Next up in the hot seat is Lisa Hochstein, who is seen breaking down in tears over what possibly could be the state of her marriage.

“For him to look me in the eyes and tell me he doesn’t love me was one of the hardest things for me,” she manages to say through tears.

In a shocking and stunning moment, Andy asks Julia about the death of her son. Maximilien, who tragically died under mysterious circumstances under the care of a nanny, who vanished shortly after the incident.

“Do you think he [Julia’s ex-husband] had something to do with the baby?” Andy questioned.

Julia takes a deep breath and responds, “She kept asking me if you tell me the truth, I will tell you the truth about the death of your child.”  This prompts audible gasps from the rest of the cast.

Nicole also seems to hold her own in her first reunion as she comes for Alexia.

“I 100% heard you say that,” she says, referring to something Alexia had mentioned.

“You’re a good liar, but not better than my honesty,” Alexia claps back.

The preview concludes with a hilarious moment where Marysol asks a very evidently stunned Andy, “Do we get pee-pee breaks?”

I don’t know about pee-pee breaks, but if this trailer is any indicator of how the rest of the reunion is going to go, these ladies may need a break from one another.

The Real Housewives of Miami season four two-part reunion is set to stream on Peacock on March 3 and March 10.