RHOC Alum Vicki Gunvalson On Where She Stands With Shannon Beador and Heather Dubrow, Plus Talks New Boyfriend 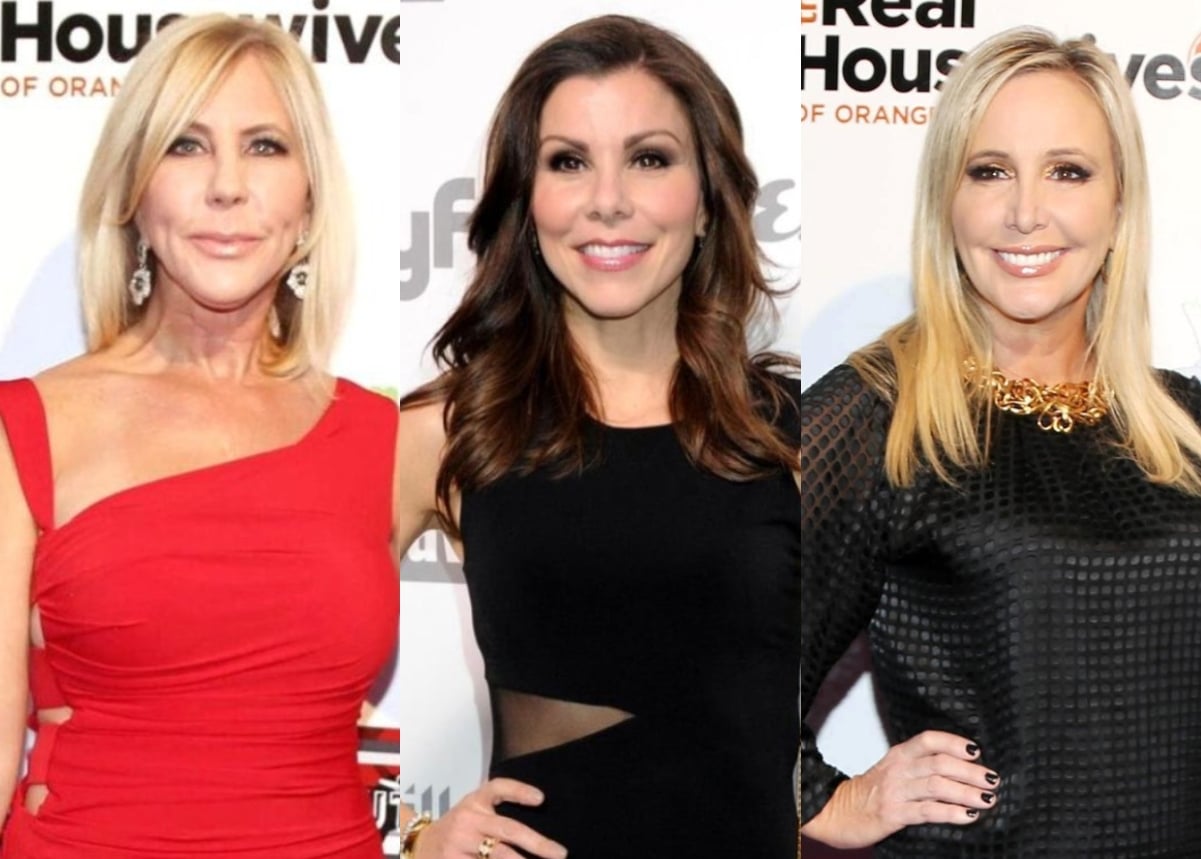 However, she made sure to make time to sit down and share an update on her “love tank” with her new boyfriend and where she stands on her friendships with Shannon Beador and Heather Dubrow.

It’s no secret that Vicki’s love life has been tumultuous, to say the least, from Brooks Ayers’ fake cancer scandal to her and ex Steve Lodge’s contentious breakup only for him to become engaged mere months later. Now, though, Vicki says she has finally found her man. And it all was because she “manifested him” and was not going to settle on anything less than a man who could fulfill her 18-point checklist.

Speaking with Housewives Nightcap, Vicki said, “I am so excited! He is the first man that has ever really treated me to anything. He is like ‘I got that, you’re not paying for that.’ I am like, ‘Are you real?’ He is frickin’ incredible.”

Though her mystery man remains unnamed, she does reveal he’s from Texas, and she has learned from her past not to miss any red flags.

“He’s from Texas. I gave him an 18 [numbered] list of what I want in my person. Cause, you know, in all the books you read, in all the self-help books, you manifest your person. I manifested him. He has everything [on the list] but one [thing]. Including wearing cowboy boots and loving country-western music. He doesn’t have a boat,” the RHOC alum laughingly said.

Vicki continued, “So I know now to look for those red flags that I didn’t before. I didn’t handle them before. I just stayed. To me, you get committed and you stay. You fix the problem. You don’t leave. And now what I’m realizing [is] you can leave. You don’t have to stay when there’s red flags.”

So far, Vicki’s horizon seems to be clear of red flags. She said, “My heart’s full and it’s happy…My tank is full!”

Now that her love tank is full, what about her friendship tank? It’s apparently not as full, at least when it comes to her former “friends” and co-stars Shannon Beador and Heather Dubrow.

Vicki explained she has no need to be associated with Heather and her “league of zeroes.”

“I don’t associate with Heather. When we filmed together, we were fine. It is not like we are calling each other and going to tea in the afternoon. Not happening. I am not in her league of ‘zeroes,’ and I don’t really care about the league of ‘zeroes.’ I mean, whether she has one dollar or a hundred million dollars, I don’t care about money.”

Sadly, Vicki says she hasn’t spoken to Shannon, a former member of the RHOC iconic trio, “The Tres Amigas,” in years, but she bears no ill will towards her after being her best friend for years.

“She [Shannon] hasn’t called me or talked to me in two years. I have nothing against Shannon. She looks great. She knows this man that I’m dating and so we had a little talk [when we ran into each other.] It was nice. It is good to see her because we were best friends. I wish her nothing but the best.”