Home Real Housewives of Orange County News RHOC’s Heather Dubrow Teases “Weird” Season Finale, Talks Marriage Intervention Dinner With Jen Armstrong and Reveals She Invited Tamra Judge Back to Show, Plus Does She Have Any Regrets?

RHOC’s Heather Dubrow Teases “Weird” Season Finale, Talks Marriage Intervention Dinner With Jen Armstrong and Reveals She Invited Tamra Judge Back to Show, Plus Does She Have Any Regrets? 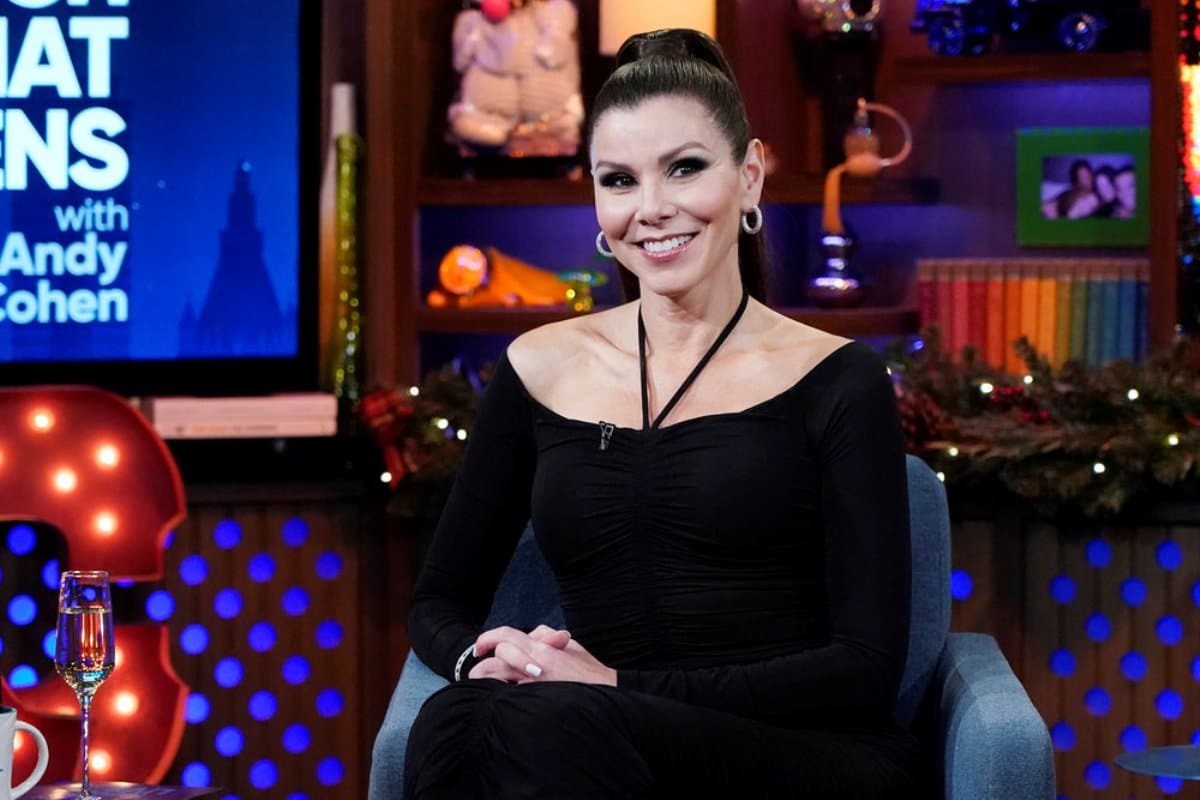 Real Housewives of Orange County fans better get ready because Heather Dubrow is promising an unusual and unexpected season finale for the show.

Speaking with Hollywood Life, Heather is teasing an interesting and “weird” season finale as well as a dinner with co-star Dr. Jen Armstrong and husband Ryne Holliday that didn’t go as planned. Plus, she admits to asking former castmate Tamra Judge to return to the show.

“I’ve never ended a season like this before so that was sort of weird and interesting and cool,” she divulged.

As for how well everything ends for the cast and a setup for next season?

Heather explained, “The connectivity between the cast and the real relationships between several cast members is such a foundation to move forward with for the next season. I have no idea where it goes from there, but it’ll be interesting to see.”

Heather also went on to say that she invited veteran RHOC alum Tamra to return to the show this year and even invited her to an event while filming, but it “didn’t work out.” Still, she praises Tamra for an “amazing run” on the series and thinks the current cast is transitional and fans will be happy with where it goes.

“I think that one of the things the audience was looking for was a connectivity between the cast,” she said. “I haven’t watched since I’ve been gone but my understanding is that really hasn’t been there, so I feel like this season has been a very transitional season and by that respect, and by the end of the season, I think the audience is gonna be really happy with where it ends.”

While filming her new show, The 7 Year Stitch, with husband Dr. Terry Dubrow at the same time as RHOC was filming, Heather felt she could help her castmate Jen and husband Ryne with their marital issues, but things took a disastrous turn.

“We had a weird art-imitating-life-imitating-art moment,” she said. “Terry and I were actually filming [the show] at the same time we were filming Housewives and what was so crazy about it was I would sit down with Jen, and we would start talking and I’d be like, ‘My gosh, they should be on 7 Year Stitch, this couple!’”

Heather added that she and Terry invited the couple over for dinner to show and emphasize what a successful couple with a “healthy dynamic” looks like. It doesn’t sound like it worked, though, as Jen became very intoxicated. Plus, the couple separated right after filming wrapped for the season.

Speaking with Us Weekly’s Getting Real with the Housewives podcast, Heather touched on not having any real regrets on returning to the RHOC franchise. Notably, this is because she’s showing how real her modern family is, and if there ever was any time to rejoin the show, it was now.

“I think we certainly didn’t expect the way it began. [Returning to the show] was a conversation in our house. I think we left the show and I felt like I had checked the box, but again, you know, talking about our family, our unique family, it’s not so unique actually, but you know, we wanted to be able to show our version of a normal family and what’s going on here so we could start conversations in other people’s homes.”

Terry jumped in and echoed the same sentiments and discussed how online hate runs more rampant than ever before.

“There’s a lot more acceptance of hate online now, but you know, you have an opportunity to show and to help so many people with things that are in your lives,” Terry told the podcast. “We thought this is a unique time, our kids are going through anxiety issues, through sexual identity issues. We are very accepting [of the fact] that we’re struggling, but we’re helping them through it, we think, in a positive way. If there was a better time than now to go on this show, I can’t imagine it.”

The Real Housewives of Orange County airs Wednesdays at 9 p.m. EST on Bravo.