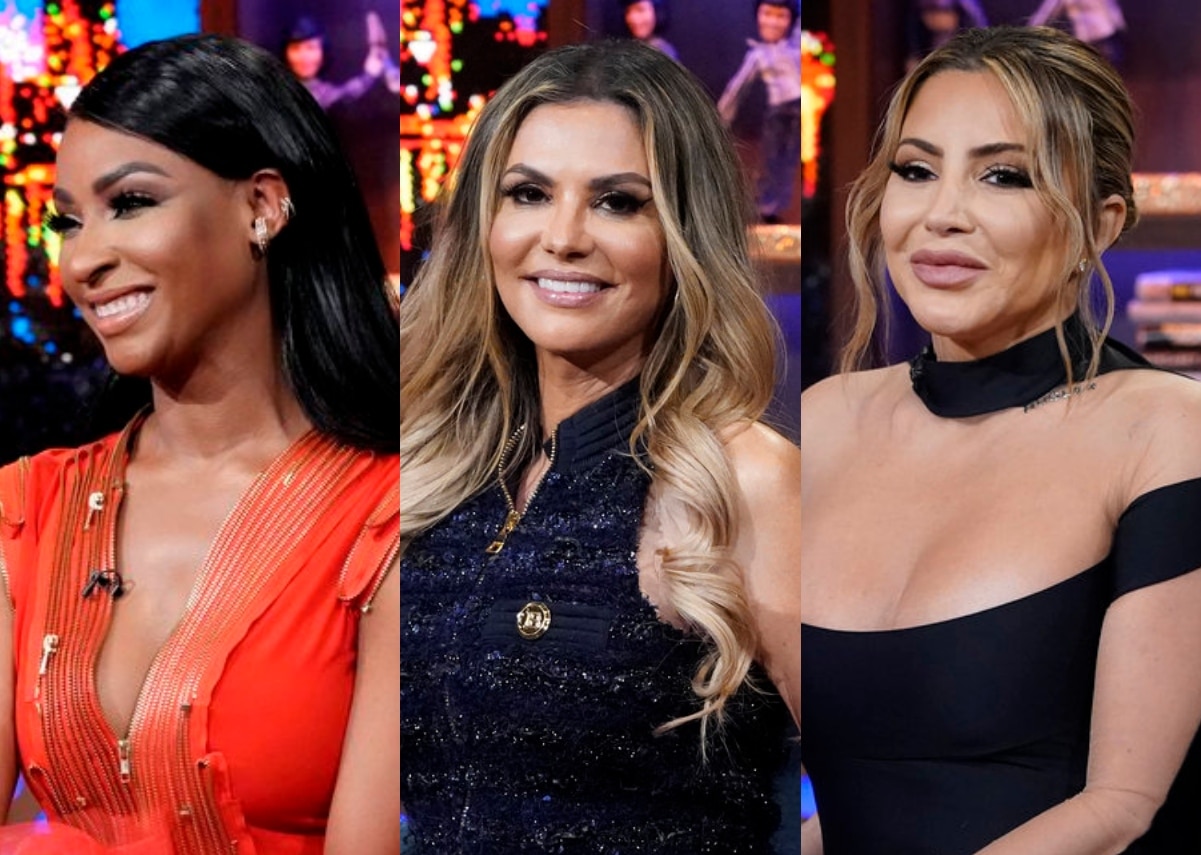 The Real Housewives of Miami newcomer Guerdy Abraira has just finished her debut on the season four reboot of the franchise, and girl has cut her teeth well.

In a new interview, Guerdy nails thirsty and demoted “friend of” Adriana de Moura’s obsession with castmate Larsa Pippen on the head. Plus, she’s giving fans an insight into her business savvy and wildly successful wedding/event planning company.

Speaking with Behind the Velvet Rope with David Yontef, Guerdy confessed that she believed Adriana’s attacks against Larsa were completely “calculated” from the start of the season. In fact, she needed Larsa for a storyline, and she did what she had to do to try and get it.

“It started from day one,” Guerdy said. “So, if it just started out of nowhere. She was nice and all of a sudden, they had a disagreement, that’s one thing. But it was so calculated just from the beginning. That her goal was ‘Get Larsa.’ And for what? Because she left and moved somewhere else to better her?”

It seems Adriana’s go-to ammo was to repeatedly call Larsa “Kim’s Minion” or a “Wannabe Kardashian.”

However, Guerdy doesn’t agree. She believes Larsa would be just as interesting if she hadn’t befriended the Kardashians.

“So, it’s hard,” she elaborated. “Larsa is going to have a hard time just kind of pulling away from that because it’s a detachment that’s really hard to pull apart when everybody just sees you as Kim [Kardashian’s] best friend.”

Guerdy also believes Larsa already had all the “VIP” doors open after decades of marriage to ex-pro-basketball player Scottie Pippen, along with previously appearing on the show on its original run.

“And I feel like people see her relationship with the Kardashians just one way, like, oh, they put her on. Then if you go back where that, I guess overall in years, she’s been with this guy for 25 years, wasn’t he, that kind of like a win-win because he already had the doors open to VIP everything,” she added.

Guerdy also believes Adriana was just so “off” this season, just thirsting for the mojito again, and to be honest, Guerdy has gotten bored of Adriana’s whole “charade.”

“But yeah, I think that Adriana really kind of was off this season,” Guerdy confessed. “I don’t know what it was. But she’s obviously going through something because she came for me. She came for a few other girls. So, I don’t know if she realized this, you know.”

She also took time to let Adriana know she’s over it all, “And it’s unfortunate because she’s other things. But I just feel like she’s stuck into this one thing, and she’ll find her way off for sure. But right now, every question is always like about that. And that’s annoying. Like I’m like, please, can we move on? I’m bored?”

So, now that she’s got her claws wet with the rest of the ladies this past season, fans know what a successful businesswoman she is running her own event/wedding planning business. But she’s also letting podcaster David in on some exclusive inside workings that go into making her business run smoothly.

Speaking to the podcast, she let it be known that not only is she booked all the way through 2023, but also, her base charge comes in at usually around $60,000 dollars.

“I mean it all depends, but 60K is usually the base,” Guerdy said, adding, “Then it depends on what the preliminaries are, you know? Is it a three-day event? Obviously, that’s going to be probably more developed and [require] some more staff, more this or whatever. Where is the event? So, everything has a play in it.”

Guerdy says she always talks money upfront for the sake of being “transparent” so there are no unwanted surprises popping up and the clients are properly vetted.

“We’re in high demand. We’re not booking this year anymore; I’m all into 2023,” the RHOM star explained. “And this is the amount in which we can have a conversation because you just vet them and just don’t waste it. Don’t waste my time, don’t waste your time, let’s just not waste time.”

To use her catchphrase, Guerdy seems to be doing just fine, and she’s ready to “Guerdy-fy” everything in her life. Here’s to season five.

All seasons of The Real Housewives of Miami are available to stream on Peacock now.