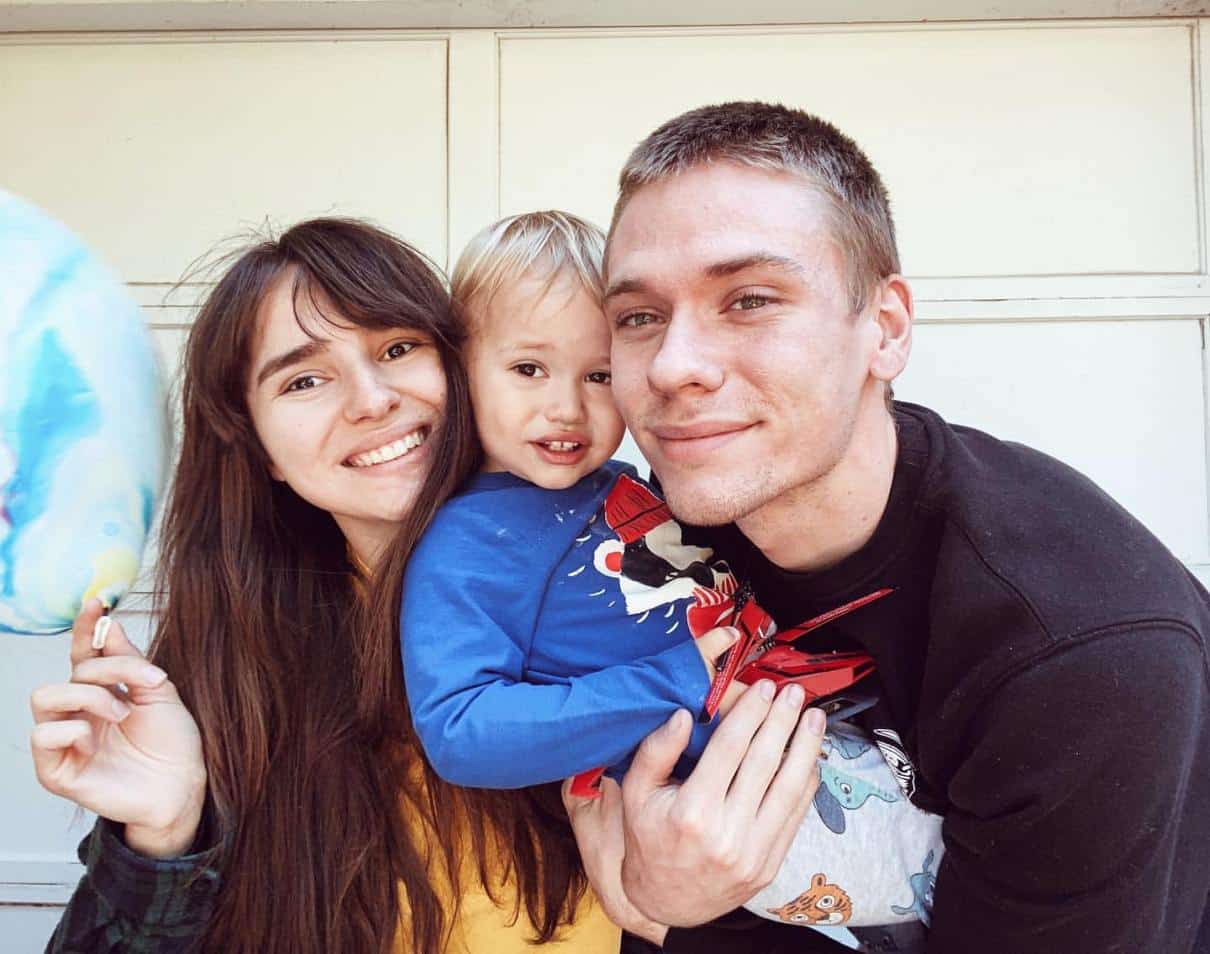 If you were unaware 90 Day Fiance’s Olga Kashimbetova was even back with her estranged husband Steven Frend, let alone pregnant again, then you are certainly not alone.

The pair’s back and forth relationship has many fans confused, but apparently, the two are back together and plan to stay that way for the foreseeable future.

In light of all the confusion, Steven spilled the details in an interview with In Touch Weekly. In the interview, Steven reveals the baby was unplanned and threw the couple for a definite loop, especially after the pair’s recent move to Brooklyn, New York, from Maryland. But while the pregnancy was apparently unplanned, Steven claims the two are not worried as his job is well paying and will allow plenty of time for Olga to stay at home with the new baby.

The couple already has a three-year-old son together, Alex, and while the two had talked about having more children at some point, there had not been a date in sight. Especially as the couple’s relationships hit some serious potholes and it seemed as if the two might split for good.

But the couple seemed to have mended fences, and Olga hinted earlier in the month at an impending pregnancy as she posted a photo to her Instagram with a question asking “mothers of two” how they spent their time.

Fans went wild but no further information was revealed until Steven gave more details to In Touch Weekly. Steven reported that Olga is only about 10 weeks along and it is too early to know the gender just yet.

Steven and Olga met on season six of 90 Day Fiance when Olga, a Russian native, and Steven, a former pest control salesman from Maryland, both then only 20, met and fell in love on the beach while Olga was visiting the U.S. Only a month-and-a-half later, the couple found out Olga was pregnant. After having the baby abroad, Olga returned from Russia and moved to Maryland with Steven. But even during the birth of their son Alex, fans felt red flags were abundant in the couple’s relationship.

The couple finally said “I do” in 2019, but they officially announced their split in October 2020. While Steven had reported the two’s split had been on amicable terms, he had not hinted at any hope of reconciliation between the couple. But an Instagram post by Olga wishing her husband a happy birthday and hoping “all his dreams come true” that year revealed the two had reconciled.

And now, just a little over a year later, the two are back together, moving to Brooklyn and now announcing the news of a new addition to their family.

Perhaps the couple’s rocky romance has finally smoothed out and the couple can enjoy living in their new city with their newly expanding family.