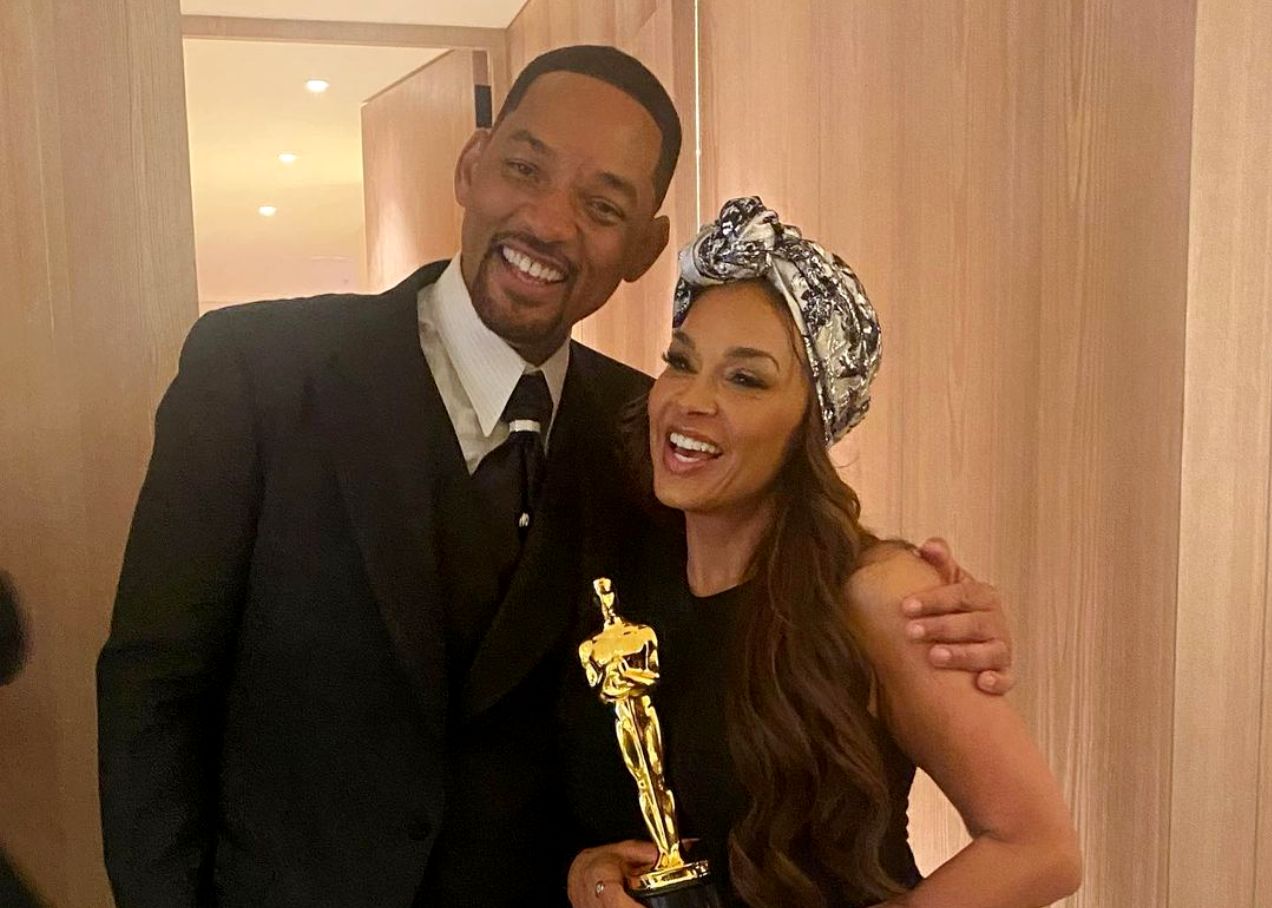 Sunday night at the Oscars, Will Smith slapped Chris Rock in the face right on stage.

The actor was offended after Chris made a “G.I. Jane” joke about his wife, Jada Pinkett Smith, who suffers hair loss from a condition called alopecia. During the infamous slap, Will’s first wife Sheree Zampino was watching — alongside her costars from Real Housewives of Beverly Hills.

After the altercation, Sheree “skedaddled” from her Oscars viewing party, which was brimming with other stars.

“She left. She’s hanging out with him and the family tonight,” Kyle Richards (one of her RHOBH costars) revealed to Extra. The viewing party was thrown by Elton John for the Elton John AIDS Foundation.

Kyle was asked how Sheree reacted during the assault.

“We were confused, honestly. Now I’m beginning to think it was real,” said Kyle. “We were honestly just so shocked.”

Kyle said they were all “confused” because they didn’t know if the slap was fake. “It’s a little disappointing, like, you’re nominated for an Oscar, just take it, be proud … Don’t taint it by adding that into the mix,” said the star. She also expressed that he and Chris “stole the show.”

On Instagram, however, his ex-wife Sheree kept things positive. She posted a photo of herself with Will, which was taken after the awards ceremony. “Epic Night! Congratulations again – when 1 wins we all win! #family1st,” she wrote in the caption.

During Will’s acceptance speech, the actor apologized to the Academy as well as the other nominees.